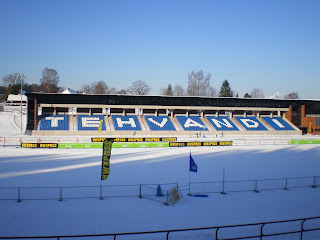 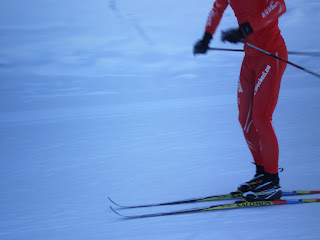 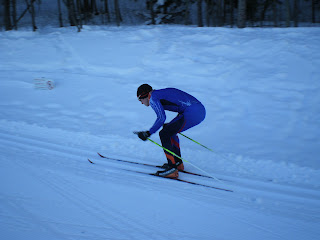 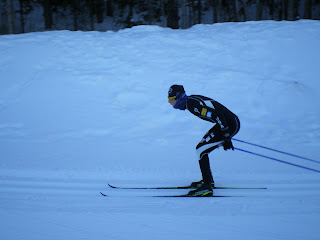 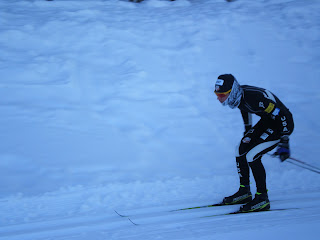 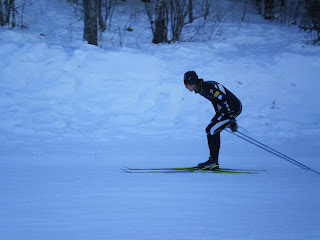 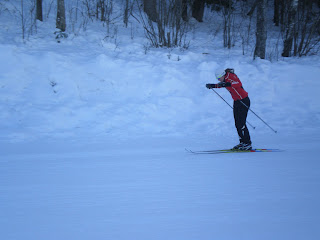 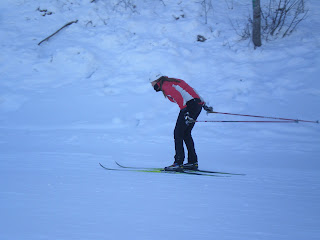 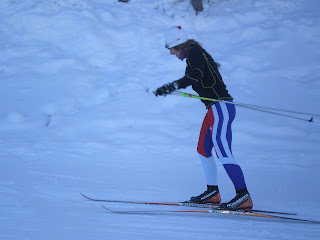 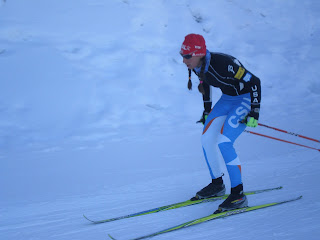 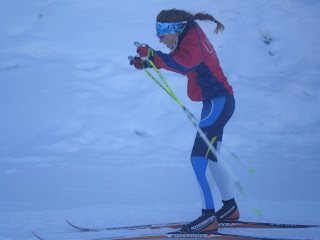 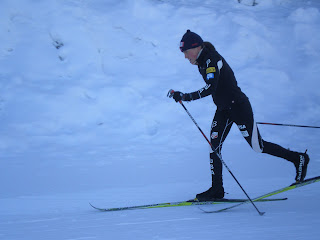 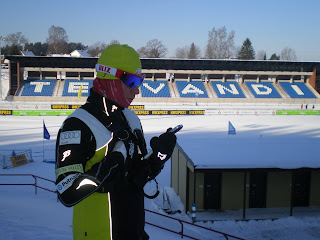 Adam timing in his new BLIZ 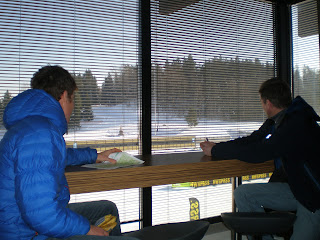 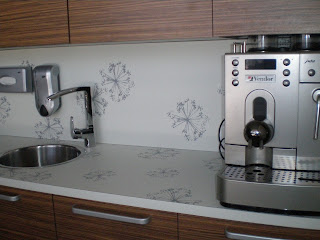 Espresso! in the box 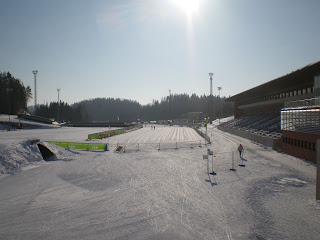 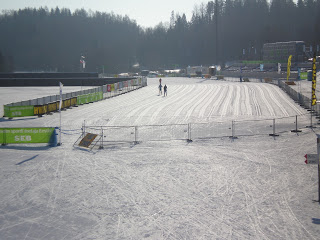 Pretty tired crew here!  Its been an eventful couple of days.  Today: classic time trial.  With clear skies and cold tempertures greeting us we fired up the engines for a couple of laps around the 2.5km race loop.  After the time trial we packed up, showered and checked out the Tehvandi stadium one last time before hopping on the road to Polva.  The Tartu Marathon begins tomorrow in the stadium and it is a pretty wild scene up there right now.  Adam, Scott and I even got (snuck) into the team captains meeting.  The press rooms and media set up were pretty sweet to say the least.  We arrived in Polva after a short drive east and checked into our new hotel Pesa, in ‘downtown’ Polva.  Otepaa, lived up to its name of Estonia’s “winter captial” and Polva feels a bit more like the real thing.  We’re all excited to get out and explore the town.  After settling in, the coaches and girls ventured over to the competition venue which is located about 3km from our hotel for a recovery ski.  The trails were fast and fun and everyone was very welcoming…and the cafe in the lodge made a mean hot cocoa too (thanks Scott and Adam).  Also, we found more Estonians snow tubing and snowboarding off jumps with flat landings.  Tomorrow we’ll head to the marathon start in Otepaa.  Then, we will caravan around the 63 kilometer race course cheering, feeding (Adam’s racing!!!!!) and checking out the scene.  We’re very disappointed that Petter decided to pull out at the last minute, but psyched to see a ton of other fast racers.  For now, its off to bed!  Enjoy the pictures and we’ll post more tomorrow.  Go USA!