EvanFebruary 13, 2012
Last Friday Heidi and MK took advantage of the NENSA seed for the carnival, and skied a 5 k against the region’s best collegiate race. They mixed it up with several GMVS alums, and everyone had a great time in the springlike conditions. 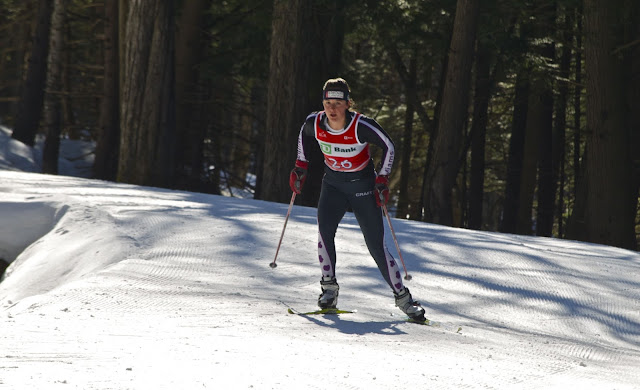 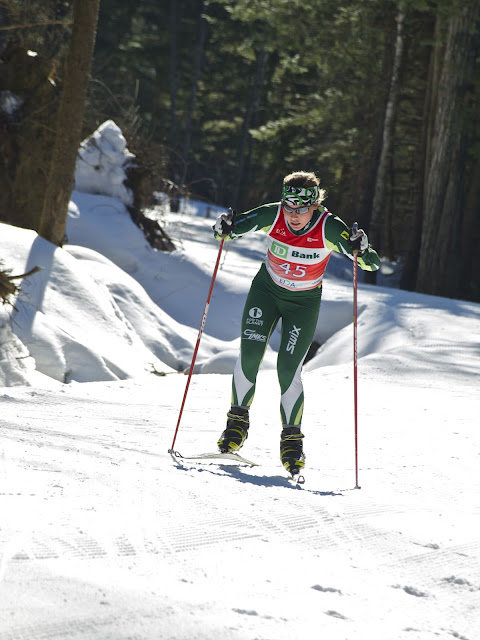 MK powers up the hill at 3 km. After what she described as a “frantic” start, MK settled in a skied a good second half of the race, coming in 34th. She is ready for a solid conclusion to the Eastern Cup season this weekend at Craftsbury. 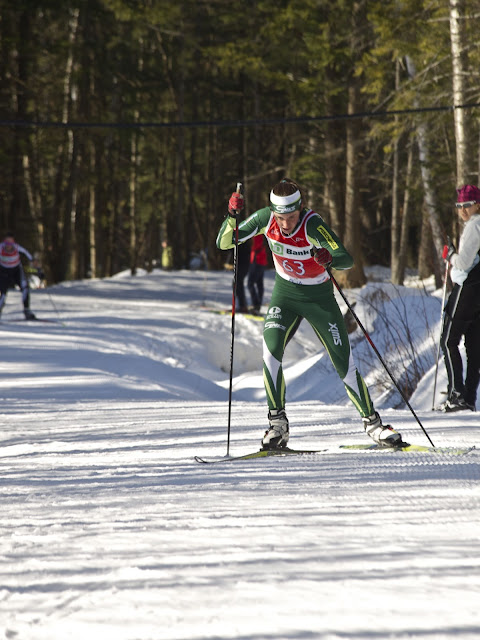 Heidi hammered her way to 19th, making it into three carnival top-25s in three races. Not bad for a high school junior and first-year J1! 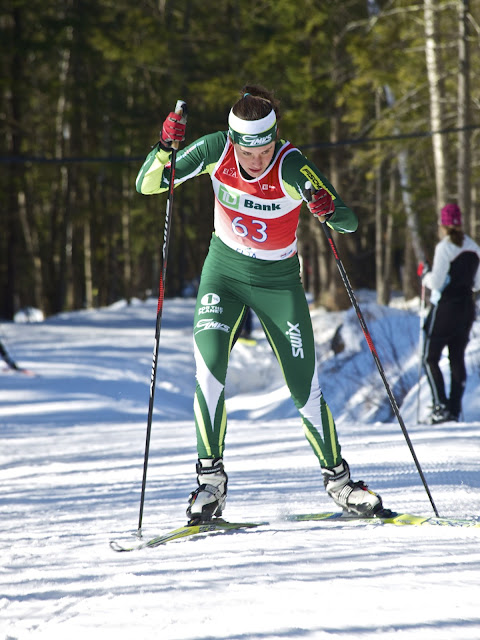 She’s off to Estonia on the J1 Scandinavian Trip, and we hope to get some updates about how things are going over there. 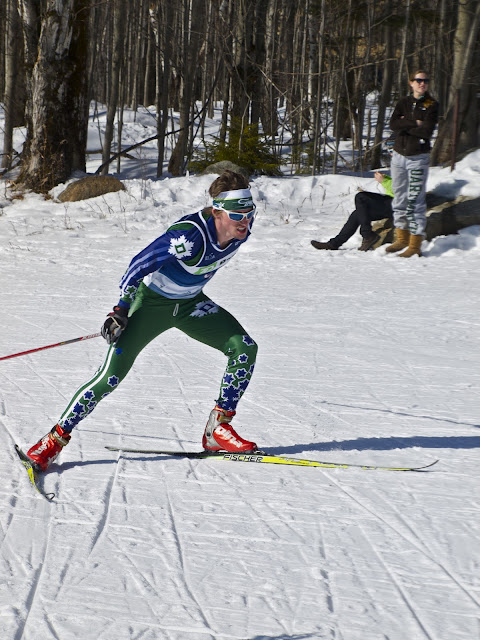 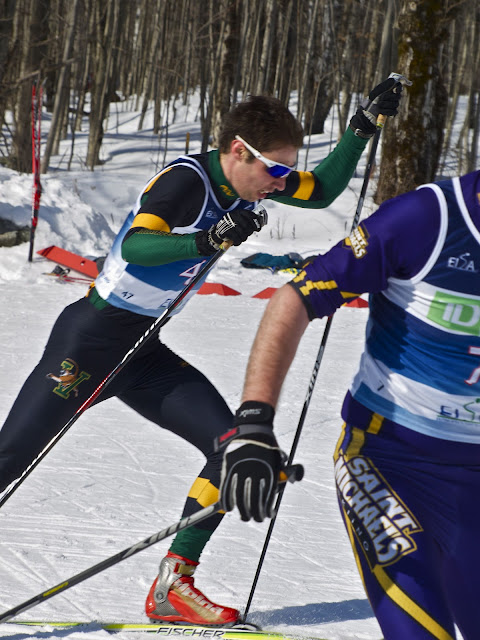 Dylan Grald, killing it in traffic. 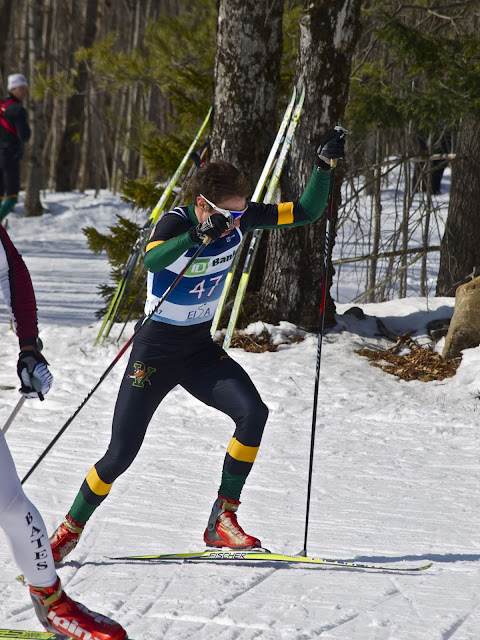 D. Grald is putting together an amazing season: he was 6th on Friday and led a portion of Saturday’s mass start, finishing 12th. 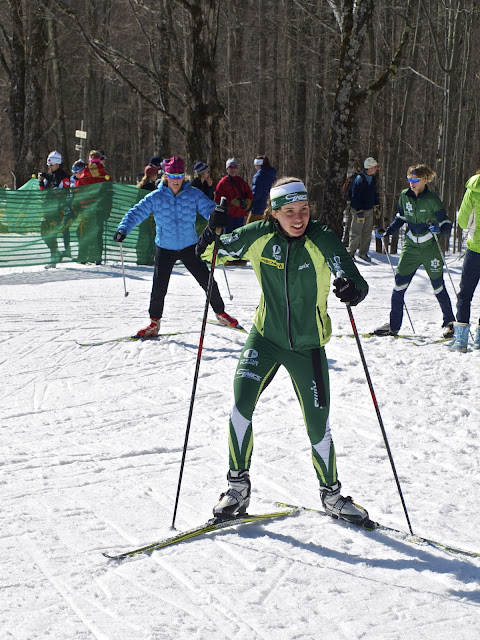 Heidi cools down in the sunshine… say what you will about the snow, we’ve had incredible weather for skiing these past weeks. 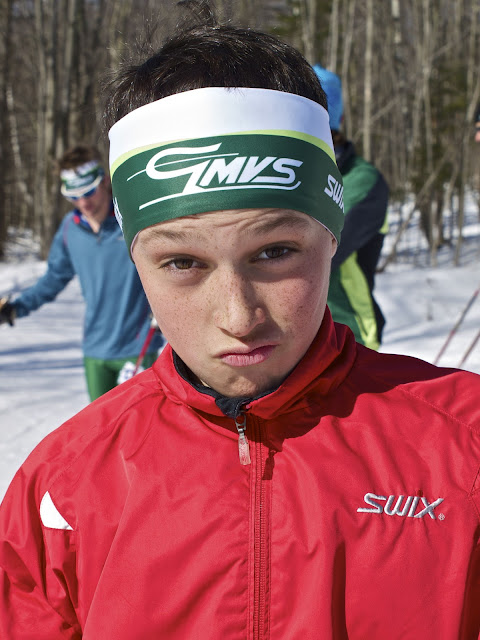 Our Flex Termers were out out course, cheering, skiing, and taking in the scene. Noah does his best “Blue Steel,” trailside. 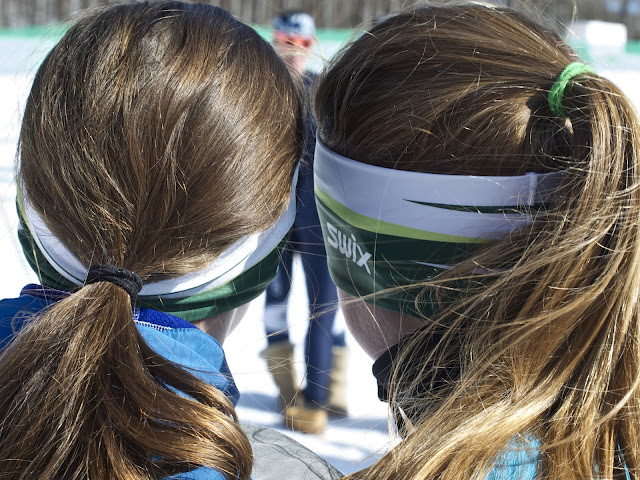 The girls are reluctant photo subjects, but this is Isobel and Annika sporting new GMVS headbands from Swix. 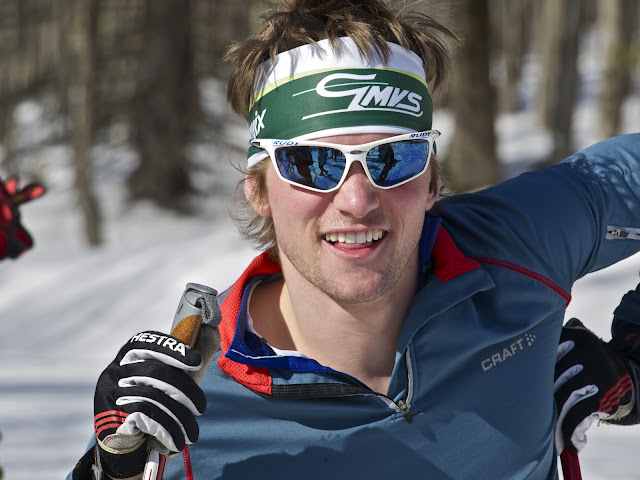 David, wearing his top-10 mustache and GMVS band, is always ready with a smile. 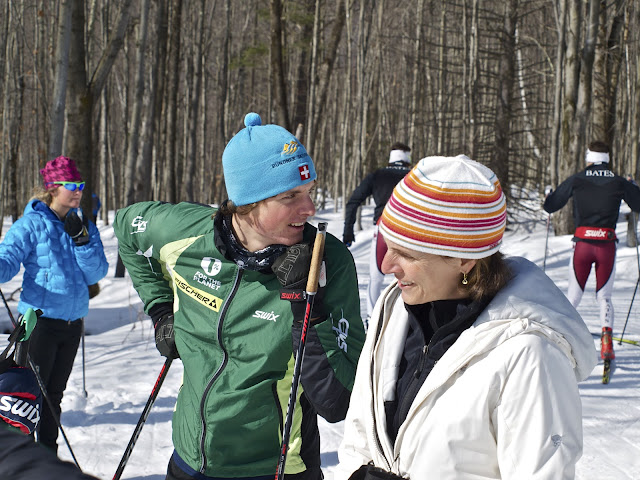 What a great day at Trapps! 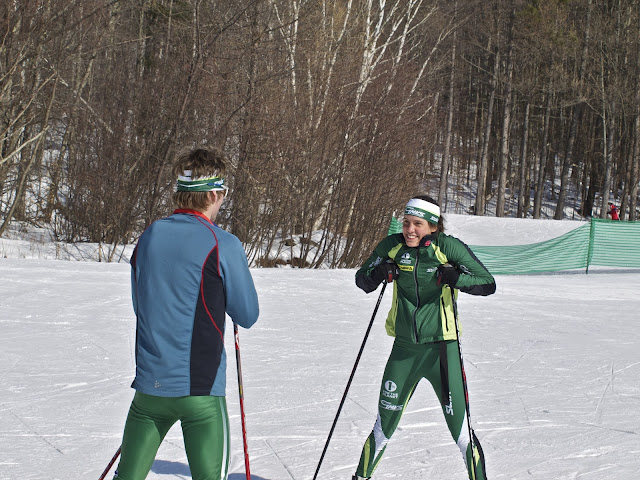