Sometimes you have some data and a specific question.  Other times, you have some data, and you just sort of noodle around with it aimlessly.  Sadly, I’ve been known to do that just for fun.  I know, I’m a nerd.

So I was looking at the gaps between 1st and 2nd place finishers in World Cup, Olympic and World Championship races (measured in percent back) in my free time.  You know, that’s just the sort of thing I do when I’m bored.

And here’s the plot: 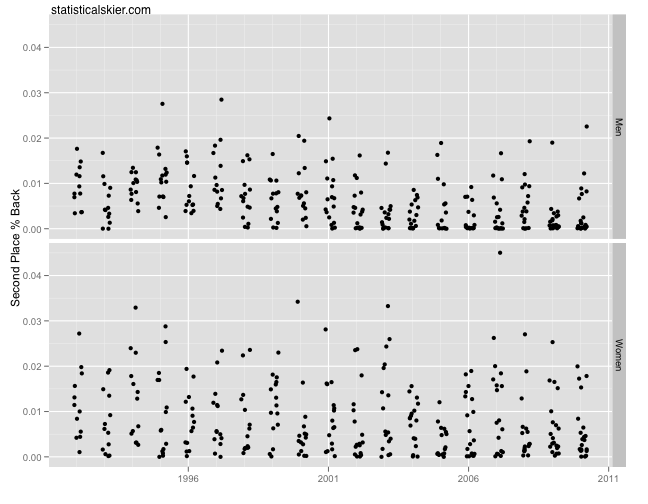 One could easily just glance at this, say “Meh” and move on.  Ah, but what if I plot is on a log scale? 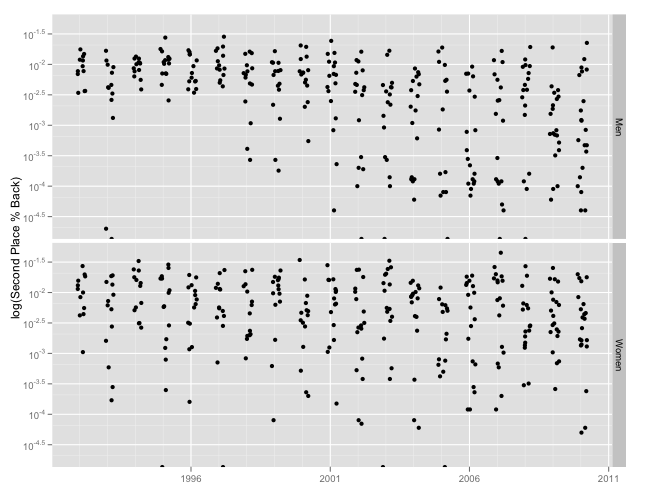 Can you see it now?  Weird, huh?<1  Just to spell this out, for some reason, prior to the 1998-1999 season the gap between first and second for the men was quite consistent.  And then suddenly in 1997-1998 we started seeing a steady supply of much closer races.