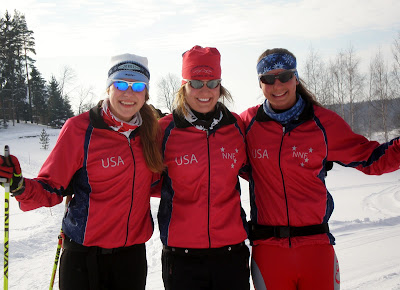 I arrived here in Estonia last Tuesday and have been training here with the rest of the kids that made J1 trip. We are training at the world cup stadium called the Tehvandi Stadium in Otepaa. The skiing here is awesome, and the trails are groomed perfectly. The race course here is considered one of the toughest on the world cup, and after skiing it we see why! The hills are steep and long, and when you think you’re at the top you still have some more to go. The downhills are fast and very very steep! Once you get off the race course though, it’s perfect training. 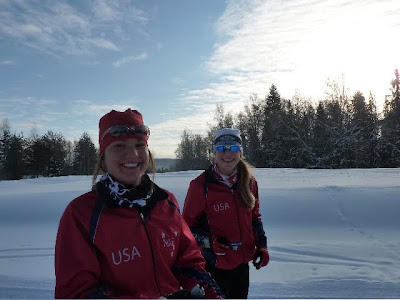 Our hotel is right next to the trails and lovingly nicknamed “the bunker” by the U.S. Ski Team because it almost looks like a bomb shelter from the outside. The town is very pretty, and there is a ski jump right in the middle of the trails. We got to go up to the top and watch some kids practicing which was very neat. There are also many other fast skiers here training. We will leave Otepaa Saturday after our time trial and go to the venue that the Scando Cup races will be held at in Mammaste. I will send pictures as soon as I get them, and there are already some on the blog at usaj1trip.blogspot.com.