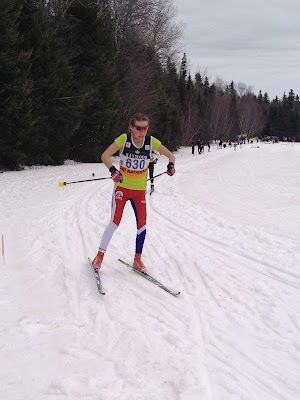 Yesterday were the 5/10k classic races at Canadian Nationals and we came home with a race winner at the end of the day!  Skiing from the end of the start list in the last race of the day, Katharine Ogden skied through the pack to a 7 second victory in the Juvenile Girls 5k.  It was quite fun to hear the announcer speak in both French and English over the loudspeaker to announce that an “American girl from the Stratton Mountain School has taken over the lead”.  🙂   Katharine was joined by her J2 teammates in the race, including Brooke in 6th place (see podium photo below!), Tess in 33rd and Pip in 63rd.  It was a tough race on a challenging course in soft snow conditions, but these girls toughed it out!  It was nice to see them skiing well and focusing on their technique. 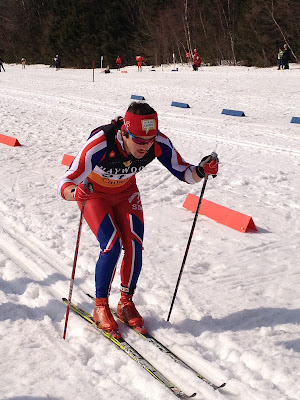 The boys raced earlier in the day: Skyler, Corky, & Charlie raced in the Open Men’s 10k and our Mac & Calvin (our J1 boys) raced in the Junior Men’s 10k.  Skyler was 62nd, Corky 91st, & Charlie 103rd in the open race. Calvin was 20th & Mac was 62nd in the junior race.  I was shuttling the J2s up so I got a few pictures at the start and then missed the rest of the boys racing – I’ll try to get more pictures today! 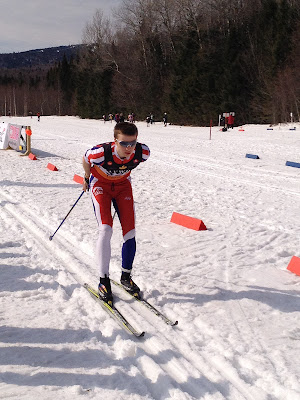 Corky heads out of the start. 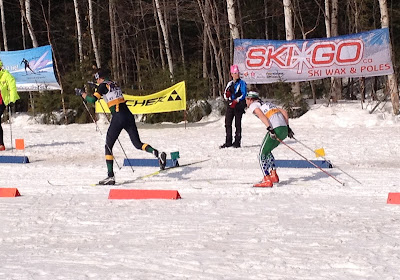 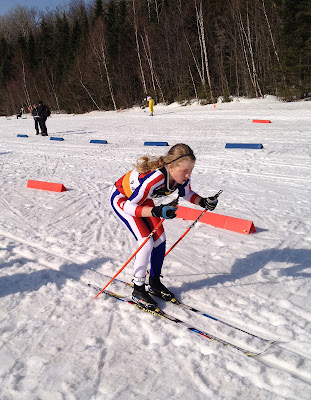 For the women, Mollie raced in the Open Women’s 5k and Kate raced in the Junior Girls 5k.   Mollie was 74th & Kate was 39th in their respective races. 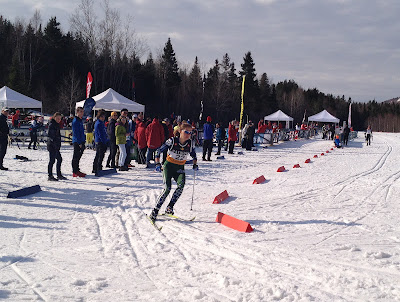 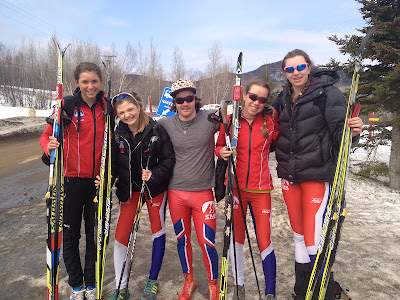 The girls congratulate Charlie on his race before catching the shuttle up to the venue. 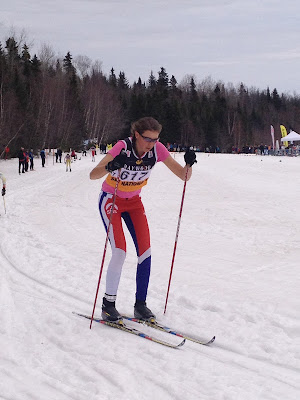 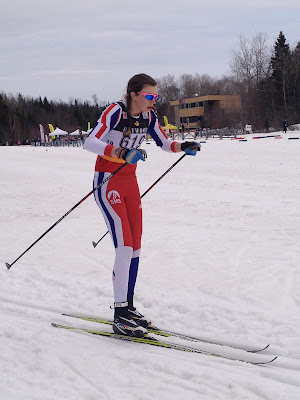 Brooke coming through the lap in the field. 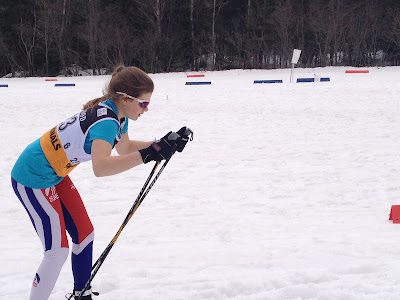 Pippin double poles to the finish. 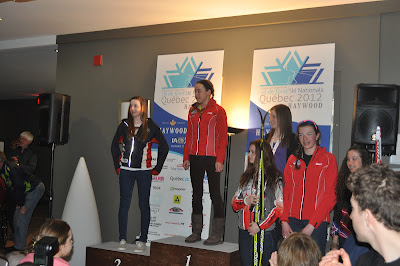 Katharine & Brooke on the podium at the awards ceremony. 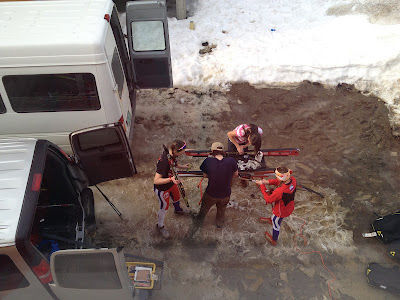 Typical March: cleaning klister & travel waxing in the mud. : )   Skate races today – should be another hot one!