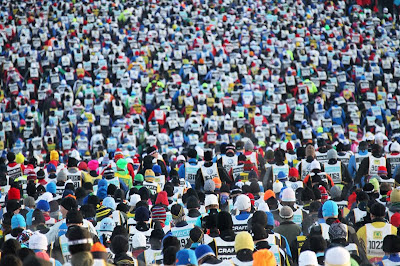 One of the coolest ski races in the game has to be Swedish Vasaloppet. The track starts in the village of Salen and ends downtown in the streets of Mora, 90 kilometers away. This ultra-marathon is based on the ski trek Gustav Vasa took in the 16th Century to rally his countrymates to revolt against the Danes who had overtaken and occupied Sweden. Anyways, enough of the history lesson. 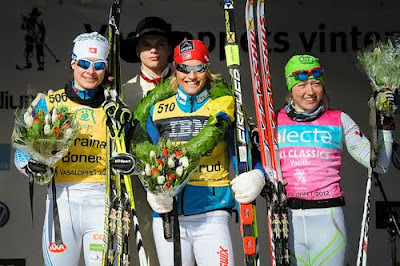 This year saw hard packed, fast tracks, leading to the fastest Vasaloppet times ever. Sweden’s Jorgen Brink took home the men’s crown. He got to drive home in a bright shiny new car as a time-record bonus. Vibeke Skofterud took the women’s crown. She also set a new women’s record. Instead of a new car, Vibeke came back to Norway with a fine bouquet of tulips. 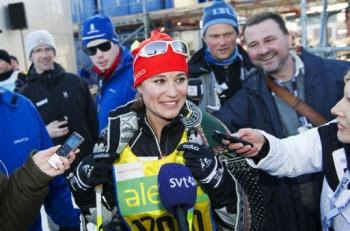 In related news, the sister of the Duchess of Cambridge – the former Kate Middleton – finished the Vasaloppet ski race in 7 hours and 13 minutes, alongside 15,800 competitors in the bright Swedish sun. Afterwards Pippa Middleton told Swedish tv that the race was “a little tiring.” Pippa, just so you know, you just rose to the top of my cool girls celebrity list. Somewhere Madeleine, the princess of Sweden sheds a tear back in Stockholm. 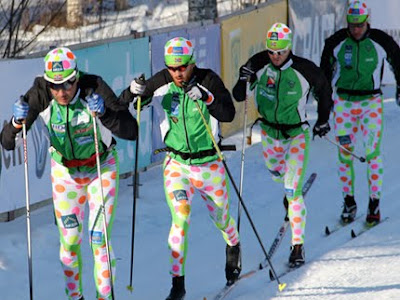 The boys of Trondheim (check out powerdudes.com) made quite an appearance at Vasaloppet. Good thing former world sprint champ Johan Kjolstad showed he had the long distance lungs, finishing just 2 seconds behind Mr. Brink for the title, cash and car. When you wear a suit as ugly as this, you better bring yer a-game on raceday.