The never ending question! A commenter asked about this the other day, and I’m happy to oblige, despite the fact that I’ve covered this general topic several times before.

The difficulties with extrapolating from WJC results start with the fact that they comprise at most 2-3 races from a skier’s entire season. And the posts I mentioned above go into quite some detail looking at trends and correlations. And I think it’s fair to say that there is a relationship between strong WJC results and future success at the World Cup level. But there are precise relationships and noisy relationships: 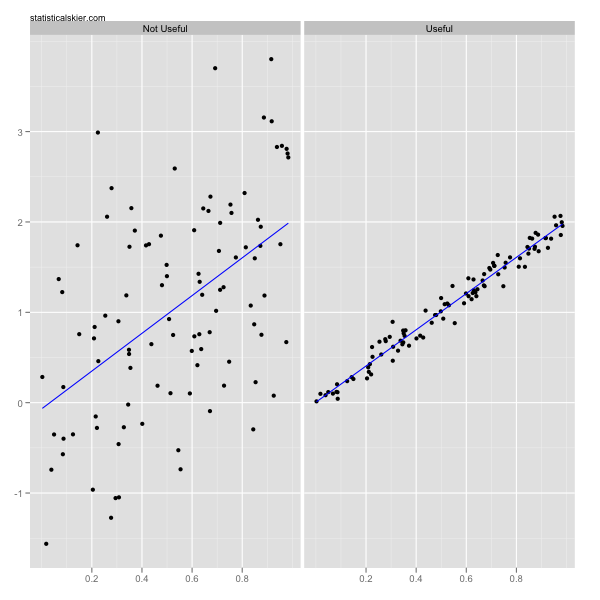 Both of the panels above display precisely the same relationship between these two variables. One of them is much more useful for making predictions than the other, though. My general position is that WJC results are certainly correlated with future World Cup success, but that that correlation is so noisy that isn’t of much use on its own.

To drive this home, I thought we’d take a little trip down memory lane. Specifically, let’s roll back the clock a decade to World Junior Championships in 2002. That year 9 men and 8 women achieved a podium result at that event. I’ve sifted through those folks’ results and I’m going to show you a roughly representative sample of what’s happened to them since.

Let’s start with four of the men: 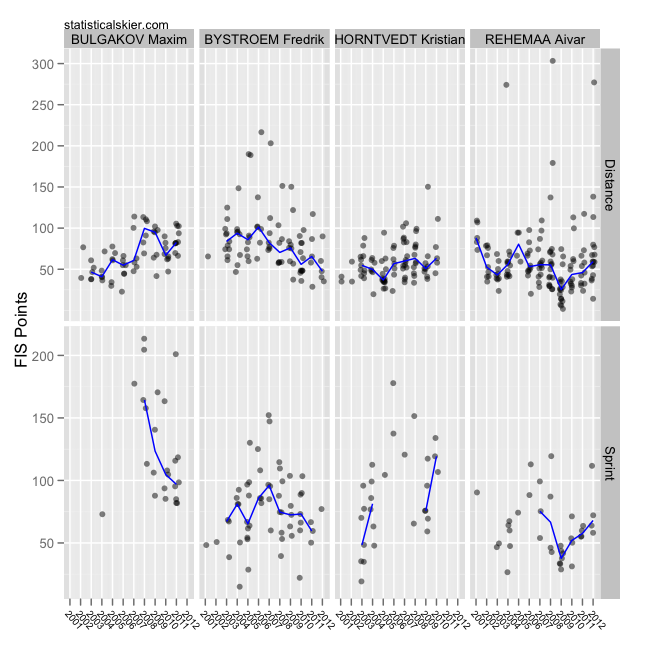 These are their results, by FIS points, for both distance and sprints. It includes every FIS sanctioned race that I have on record for each skier. I happened to pick four men who are still essentially active, but I could have shown you four men who podiumed in 2002 at WJCs who basically stopped racing within five years.

Of the four, Aivar Rehemaa is arguably the most successful, but none of these jump out at you as current World Cup stars. Indeed, if we focus in on their World Cup distance results:

We see a whole lot of nothing from al but Rehemaa, who himself had been ok, with occasional strong results. A similar story come from looking at their World Cup sprinting results: 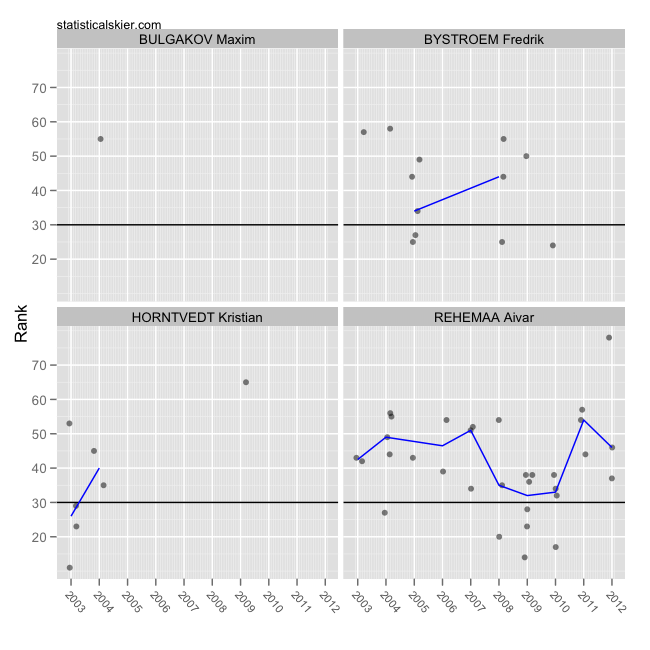 Now let’s examine four of the women’s podium finishers from WJCs in 2002: 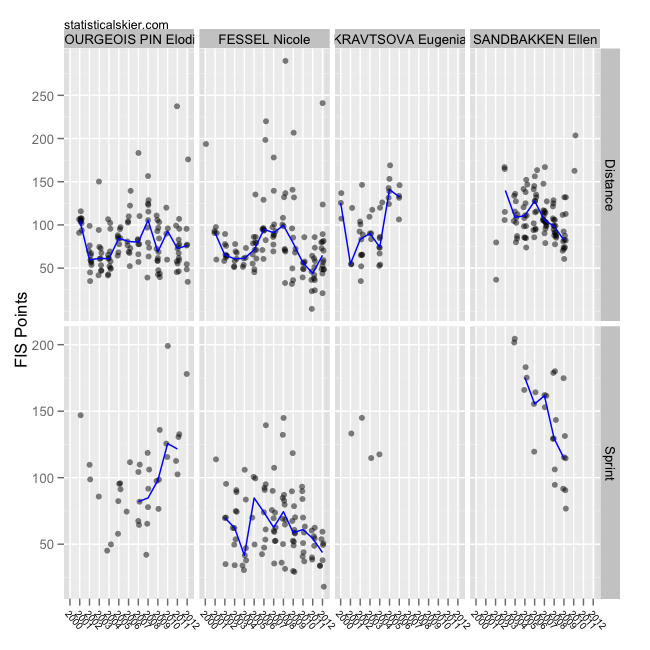 Apologies for the rough formatting, that first name is Elodie Bougeois Pin. Obviously, Fessel stands out here as a future World Cup star, of sorts. However, she developed fairly late and one could argue that she’s really only had one strong season, last year. Then we have Kravtsova, who stopped fairly early on and Sandbakken who also seems to have mostly stopped racing (though she seemed like she was getting better, at least). Bourgeois Pin has been racing a lot, but mostly plugging away at the same basic level for nearly a decade.

The World Cup distance results are about what you’d expect:

and a similar story with their World Cup sprinting results: 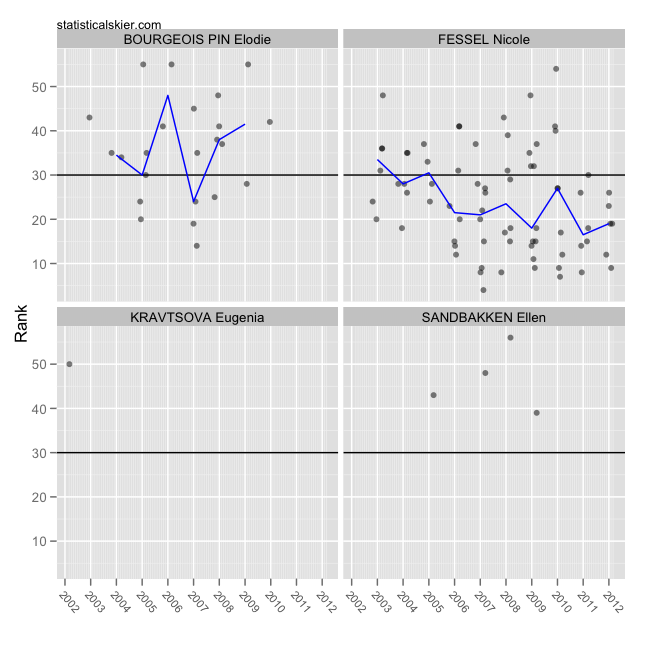 Even more photos from Craftsbury