Hopefully there won’t be any more posts like this for a long while. Fredrik Karlsson died recently, I guess in a snowmobile accident. I didn’t know much about him, but I guess he was on Sweden’s development team. As you might expect for someone on Sweden’s development team, he hadn’t quite made a huge splash in World Cup races, having never cracked the top 30 in a distance race, and he’d only done one WC sprint race.

But if you look at his results with FIS points, you can clearly see that while he was relatively old (~27) he had not “stalled out” in terms of improvement: 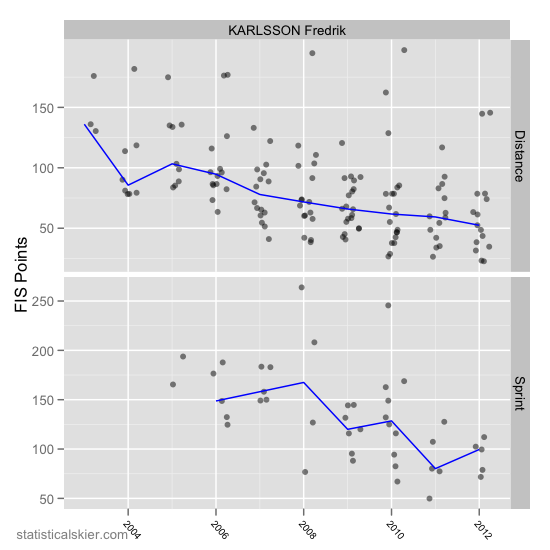 No major jumps in performance, just a very steady, consistent improvement. By last season, his median FIS point result in distance races was good enough to be one of the top 15 Swedish men:

Boys and Girls Club on Bikes

A Motivator of American Skiing for a Decade, Vordenberg Moves On from USST