Moving right along to the most improved women’s sprinter (at least, according to the metric laid out in this post). 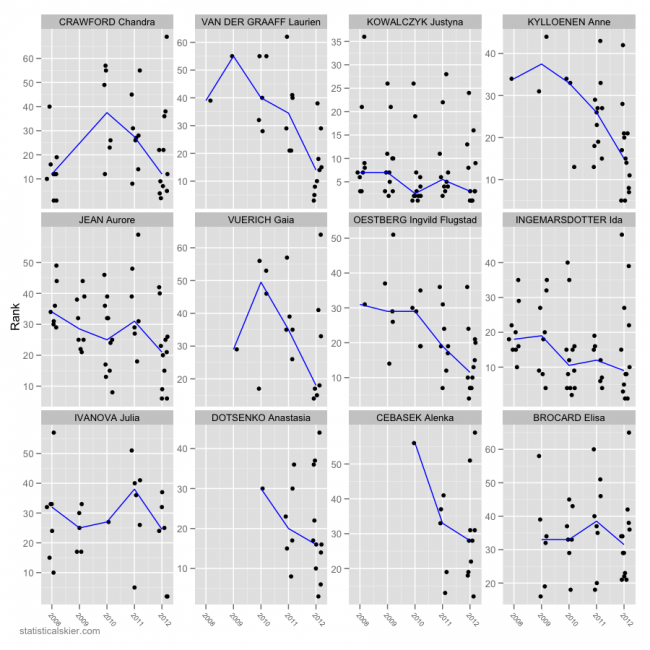 As usual, you can click on it for a slightly larger version.

Once again, I think we’re seeing that North America had a pretty across the board incredible year in sprinting, with Chandra Crawford making continued progress. The list of North Americans who had strong sprint races on the World Cup this year is quite long.

Kowalczyk sneaks in here with an increase in podiums basically (along with the usual smattering of “off” races), but it’s hard to make out in the graph due to some over plotting of points. Despite a sudden lack of consistency from Ingemarsdotter, she qualified through to the semifinals considerably more often this season.

Gaia Vuerich, Anastasia Dotsenko and Alenka Cebasek are skiers I don’t know much about, but they all appear to be fairly young. Given the women’s field, young sprinters showing dramatic improvement from the 40′s-50′s down into the 20′s-30′s isn’t all that uncommon. We’ll see if they can stick around…

Back In The Swing