Woo hoo! Another classic specialist! Ivan Batory has been around the block a few times. The first WC race I have for him is all the way back in the 1994 season. Let’s see, I think I was a freshmen in high school that year.

Among Batory’s top 30 results, 63 were classic, 31 freestyle and 20 in mixed technique events (i.e. pursuits). While his best results were undeniably weighted towards classic races, his median results actually weren’t that lopsided: 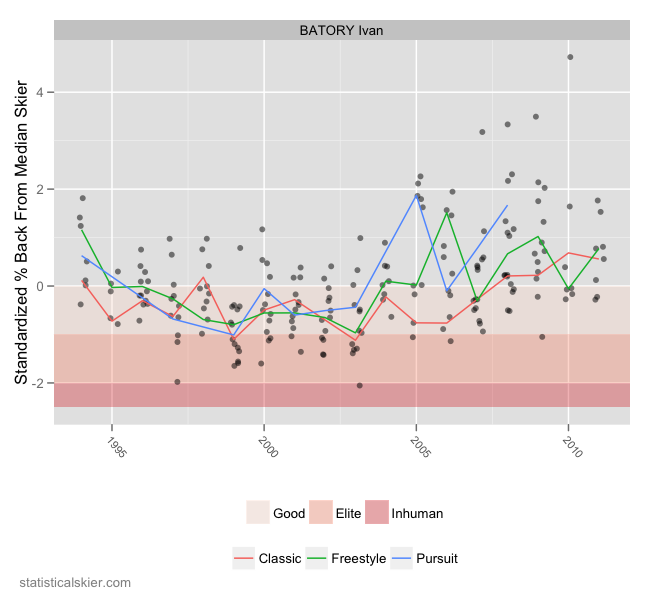 At least, they weren’t too lopsided during his heyday. As he got older, Batory did seem to let his skating slip a bit. He dabbled in sprinting, during the early days of the event:

But as you can see pretty quickly was displaced by the “true” sprinters and never had much luck with it after that. If we take a somewhat cruder look has his (World Cup-level) distance results using finishing place: 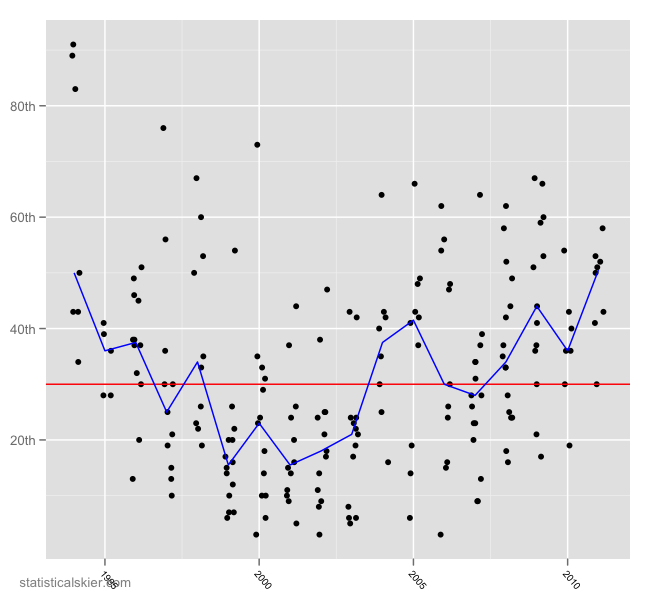 With some of these older skiers with very long careers, I think it’s fun to remind people when they retire how they did at World Juniors. In his first trip, Batory finished 21st and 22nd. The next year he finished 14th and 2nd. Both years his better race at World Juniors was the classic event.

While he had many, many top-30 results over his long career, Batory finished with only 3 podium results, but 26 top 10 results. My point here is, of course, that his success at World Juniors probably correlates well with his large number of top 10 or top 30 results. But the next step to finishing in the top three repeatedly is probably a big jump from 10th place, and not easily distinguished using 4 races when he was 19.