I’ve been a little distracted lately, so I haven’t been as organized with the cycling data. Also, when you only do something once a year (or so) it’s pretty shocking how much better at coding you get in a year. My cycling code was a God-Awful mess, which is being slowly improved.

As usual, these cycling posts are light on analysis; mainly just an opportunity for me to have fun making pretty graphs. So here’s the state of affairs after Stage 8 (yesterday) compared to the previous two Giros: 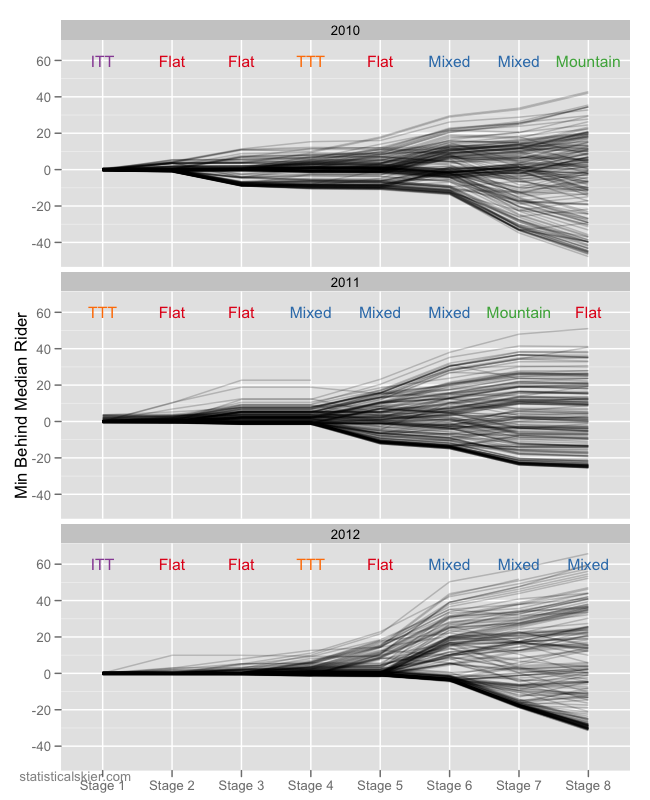 The description for each stage is not my judgement, it’s simply taken from the Wikipedia page for each Giro.

The previous two Giros saw some splits in the field somewhat earlier, by stage 2-3 in 2010 and stage 5 in 2011, before starting to shell people for real when it hits the actual mountainous terrain.

Disappointed After a Lackluster 2012 Campaign, Spector Refocuses and Heads Back to School