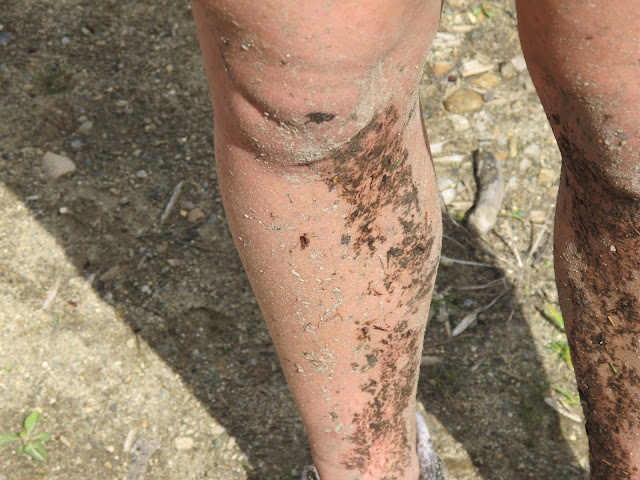 This morning we did a 5.5 km L3 run on the West River trail. We have had a bunch of rain lately (making up for the lack of snow…grrr…) so, as Anika’s legs will attest, it was a bit muddy. 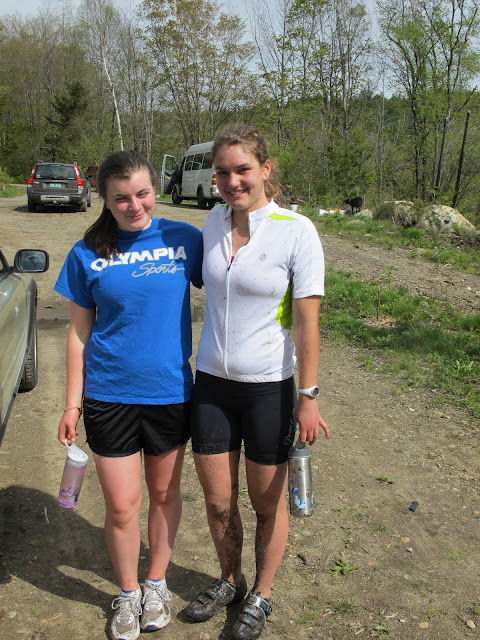 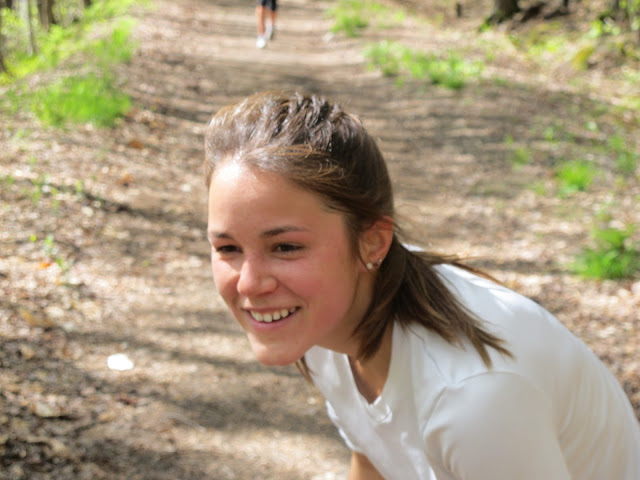 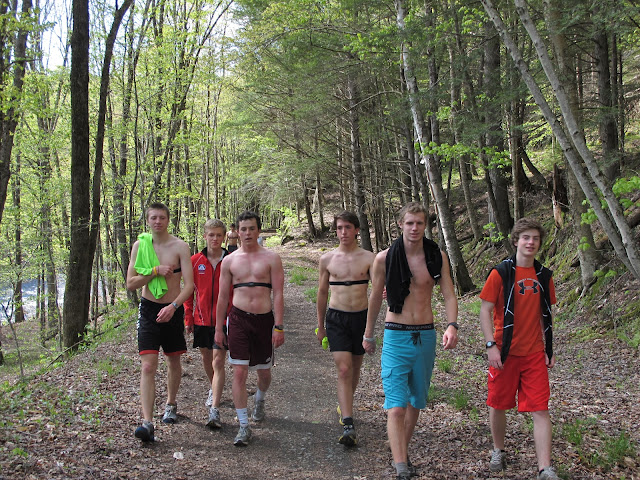 The trail runs along the West river and then back along an old railroad bed. This is the trail that we cleaned up after huricanne Irene. It is hard to believe that the lower trail was covered with 4′ of water last fall! 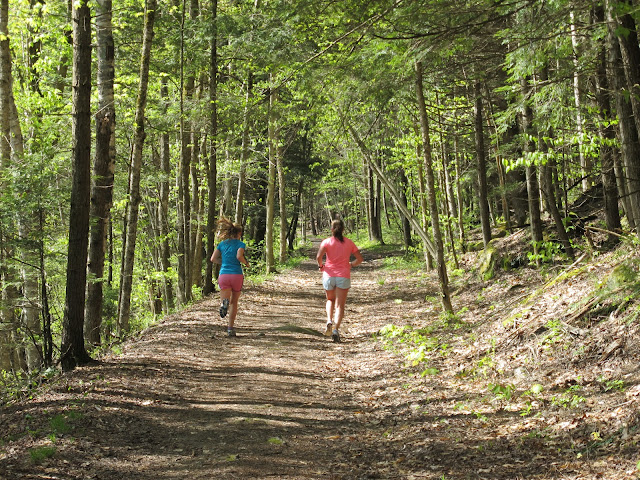 Mackenzie R and Liz finishing up along the old RR. 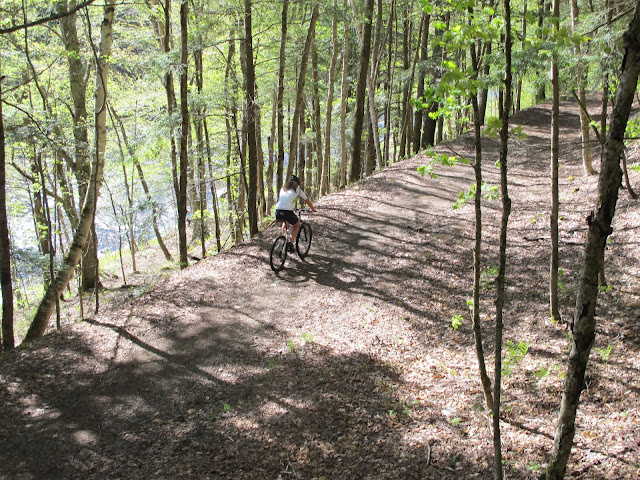 Anika charged around on her mtn bike and had a fun time blasting through the puddles. 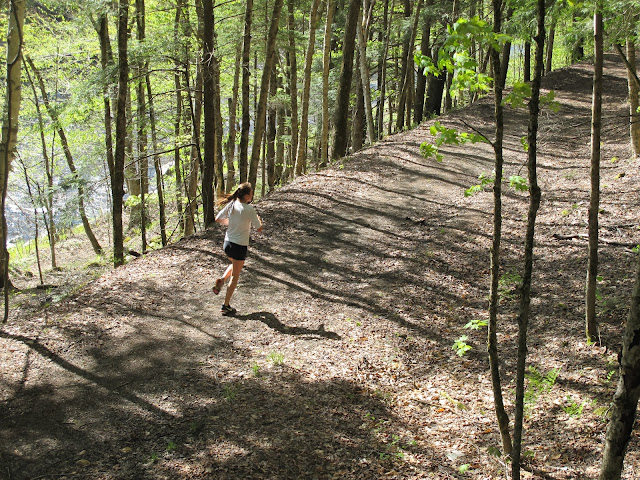 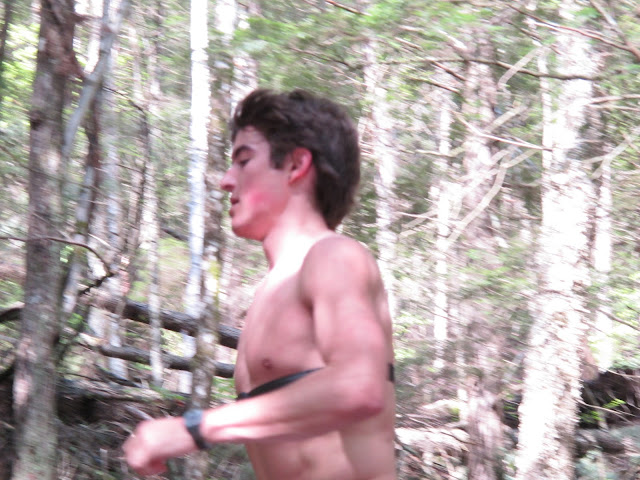 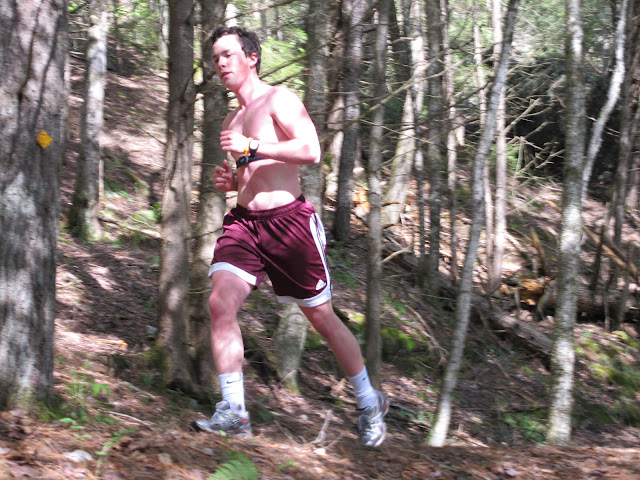 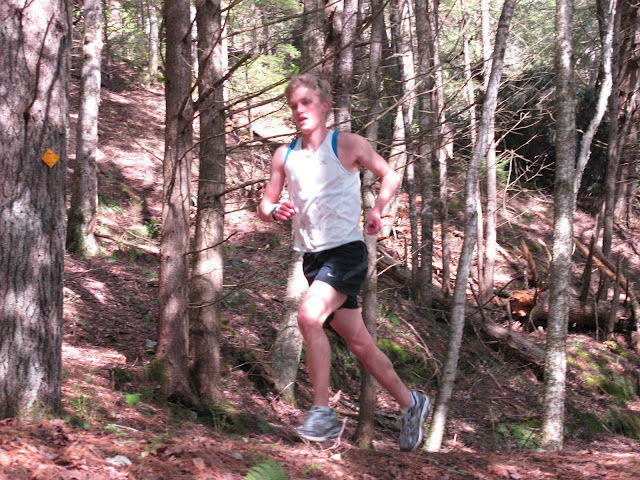 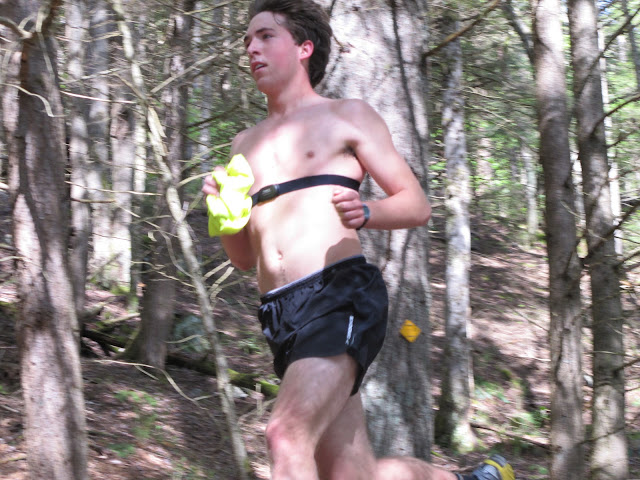 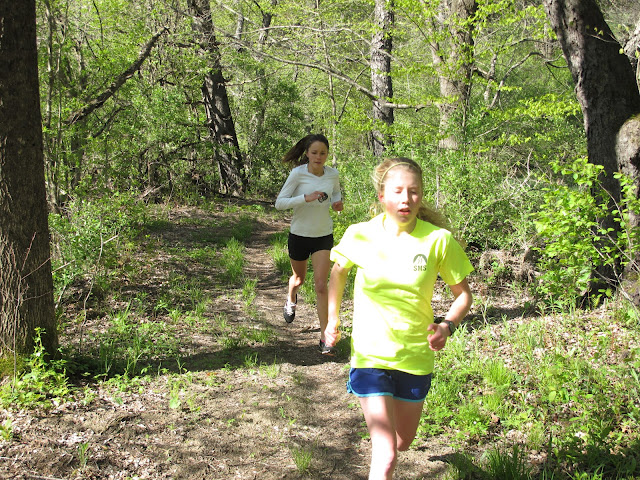 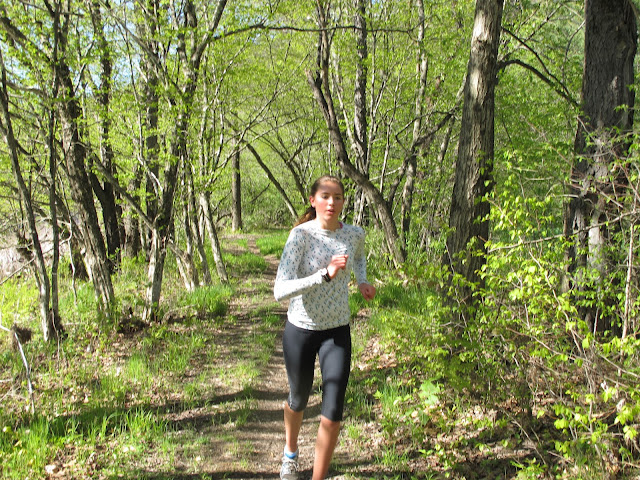 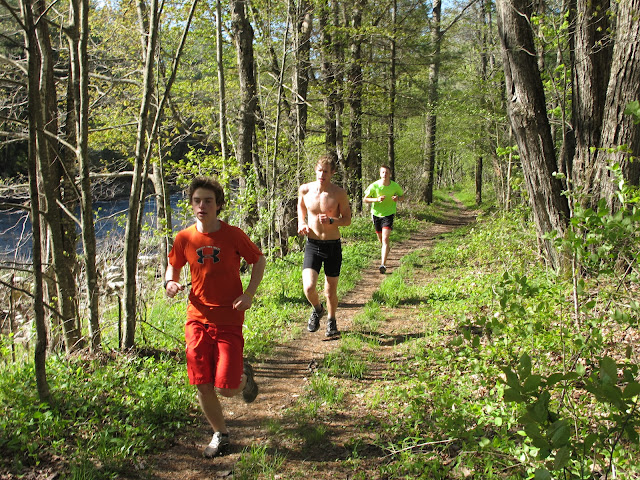 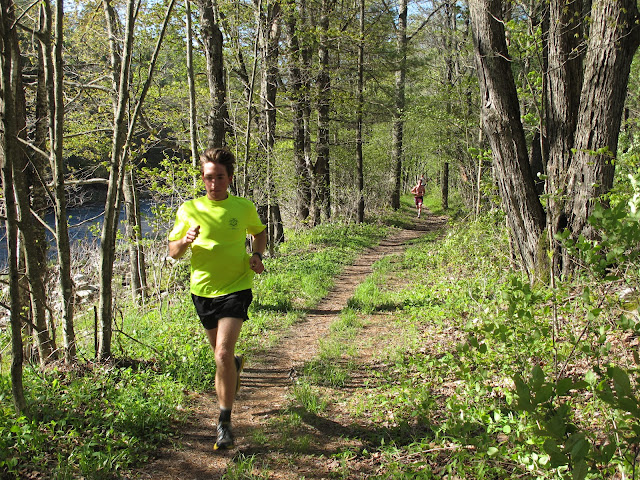 Paddy floats along the lower trail. 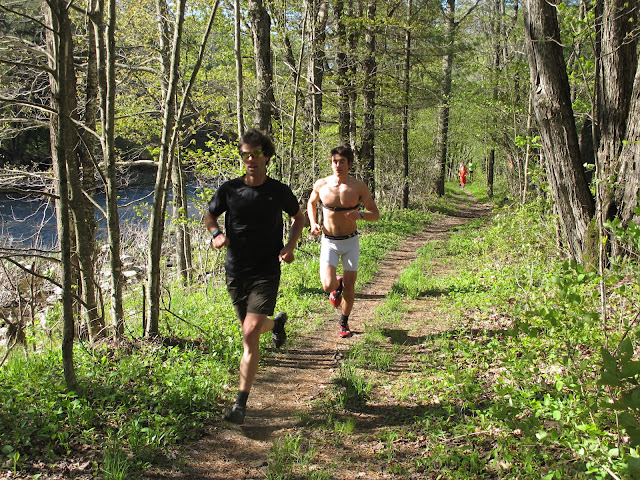 Matt and Gino with the river in the background.