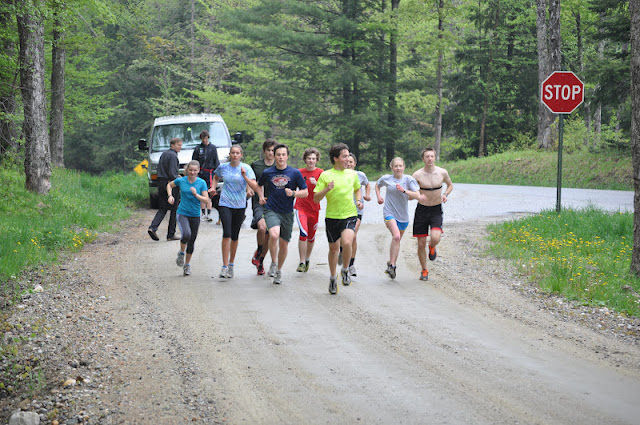 Calvin, below, and Issy ran the test a day later (on Tuesday). Their times have now been added in. 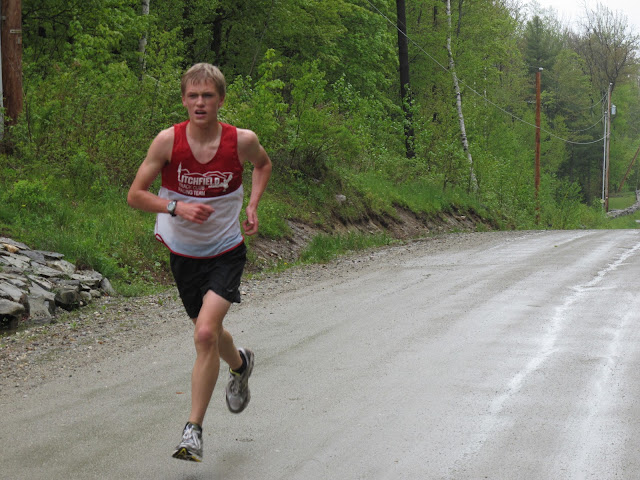 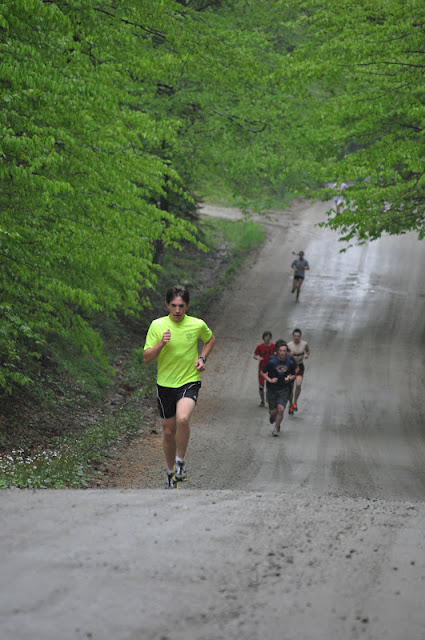 Paddy leads the boys in the first mile. 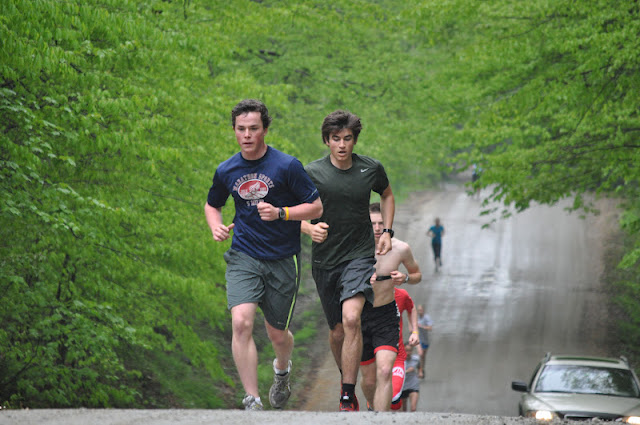 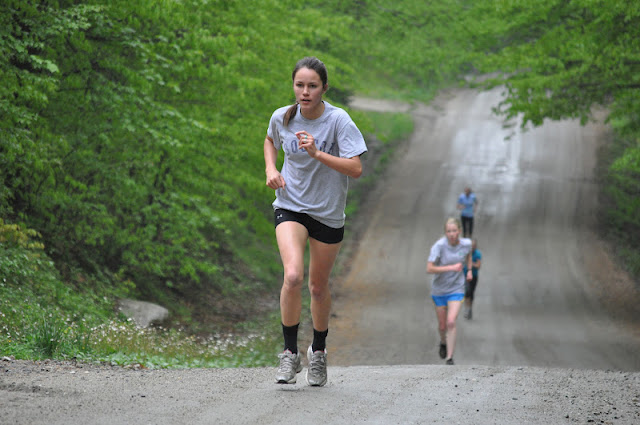 Issy came down with a painful stomach cramp mid-race and didn’t finish, but is already asking when she can give it another try. 🙂 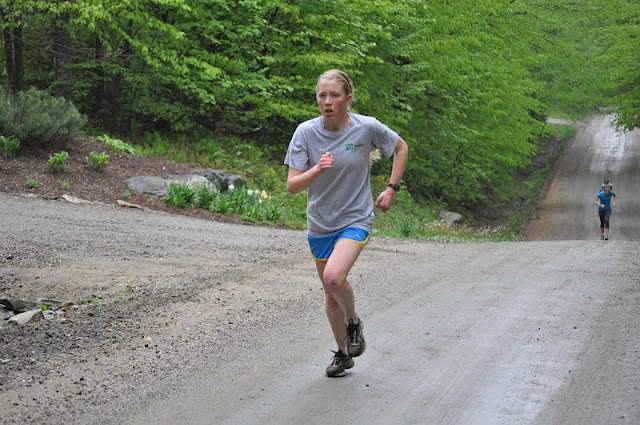 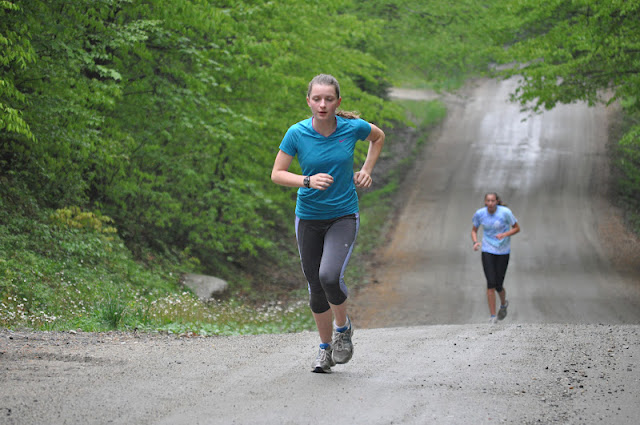 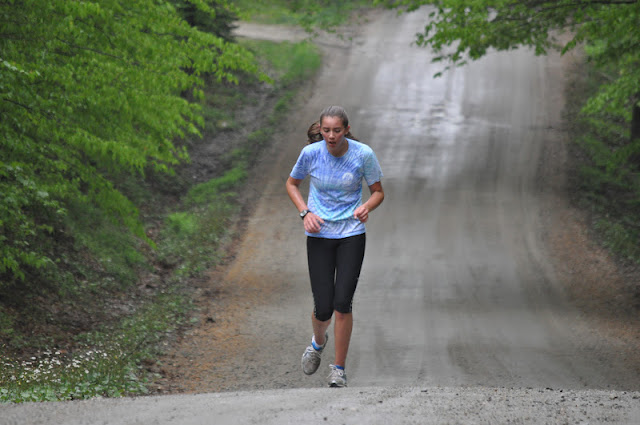 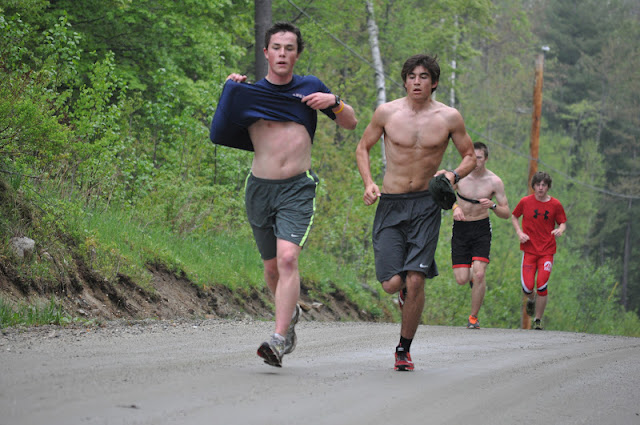 Despite the rain, it was actually pretty warm out. : ) 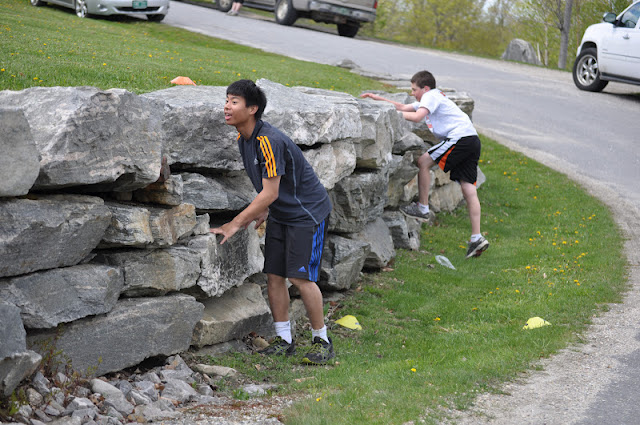 Last Friday we had all school capture the flag as part of our parent’s weekend celebration.  The teams were alpine vs. nordic & snowboard and the game was competitive!  The whole campus was in bounds making for a huge playing field and plenty of room to move.  Above, alpine boys sneaking into enemy territory. 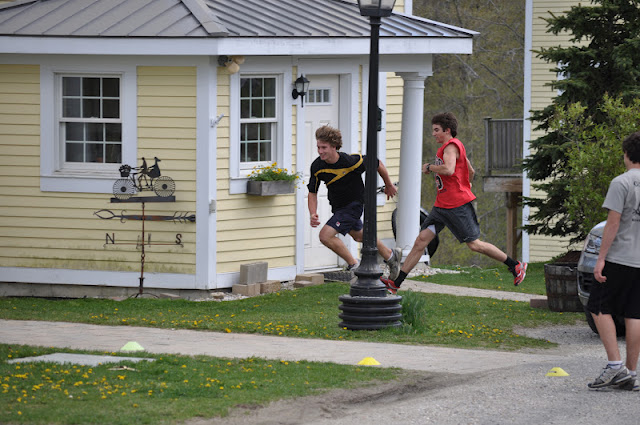 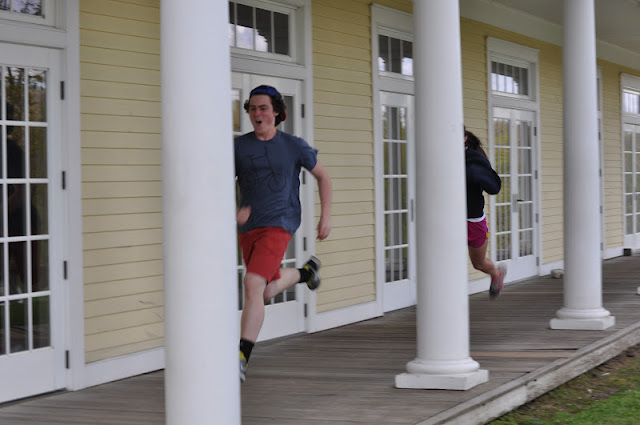 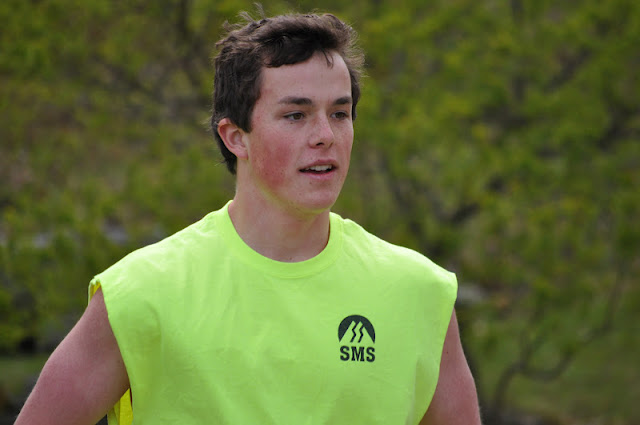 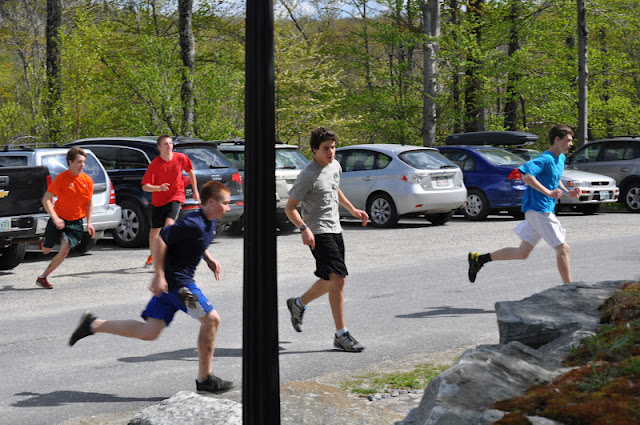 Alpine boys on the move (Corky in red in the background tries to corral them). 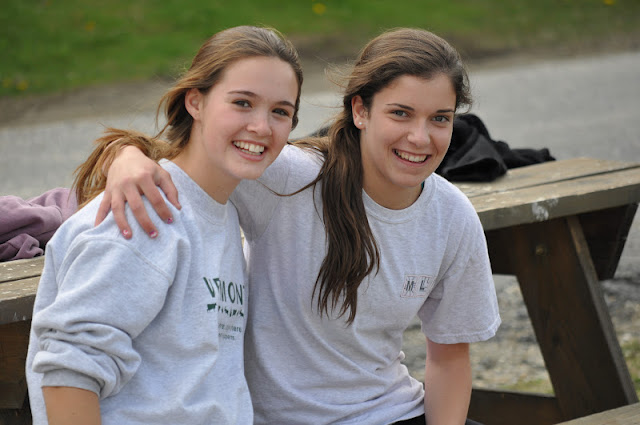 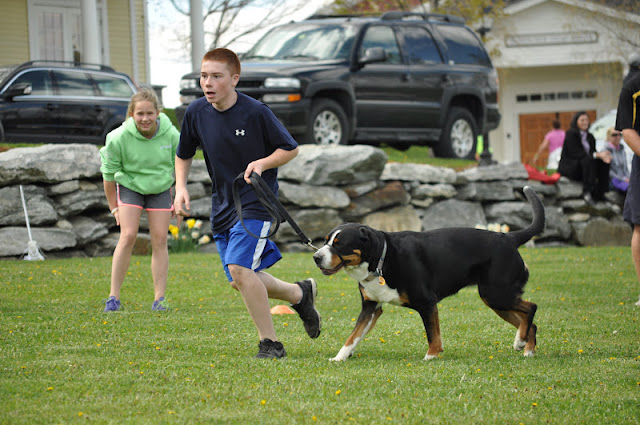 Joe DeMuyt using his canine friend to sniff out the opposing team’s flag.