Everyone wants to nab podiums at the World Cup level, which means everyone can be pretty fascinated with the development characteristics of those skiers who end up on the podium. Here’s yet another way to slice that.

If we take the skiers who’ve attained at least one podium result at the WC level between 2006-2007 and 2010-2011, one thing we can ask is what proportion of them had attained a certain number of top thirty results by a given age: 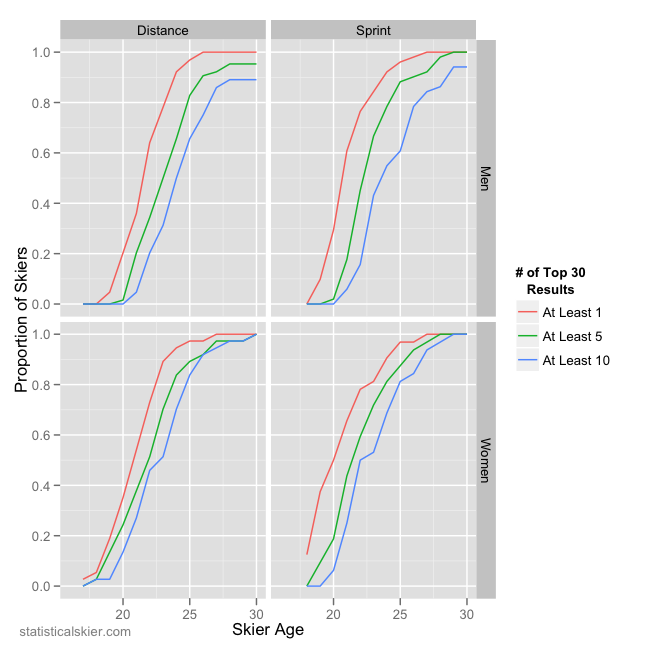 If you’re in the mood to be intimidated, consider how high these proportions have become by the time we get to age 25. In all four disciplines, an overwhelming majority of future podiums finishers have racked up at least 30 top thirty results.

For America's Junior Biathletes, a Tendency Toward College