We wrapped up the annual SMS summer camps last week and had over 100 kids attending them. Erika and I were counselors at both the BKL camp and the junior camp and the rest of the team helped out when they returned from Europe. Working at these camps is a lot of work but it’s very rewarding. We got in some solid training with the juniors during their camp and while the BKL camp isn’t as physically exhausting, providing constant entertainment for a group of 70 10-14 year olds can be pretty draining! 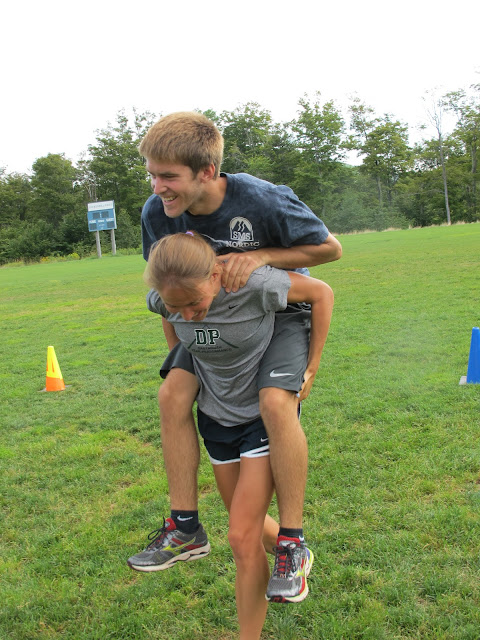 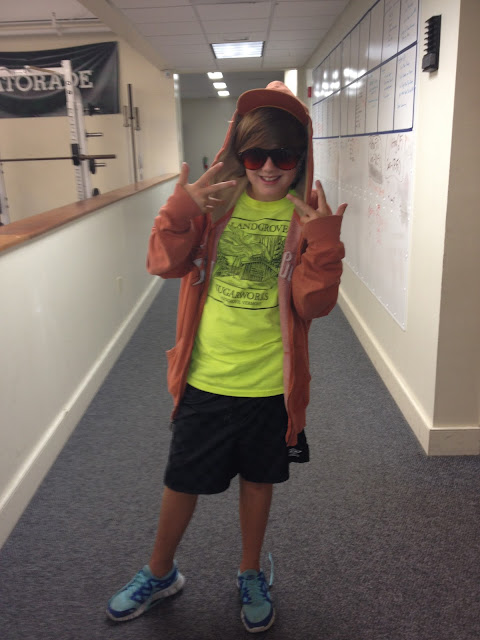 Justin Bieber making an appearance during my group’s skit

There was a lot of road rash but we watched the kids make huge strides in rollerskiing (no pun intended). Both camps also had a run or hike that went over Stratton and the junior campers were lucky enough to take the Gondola down! 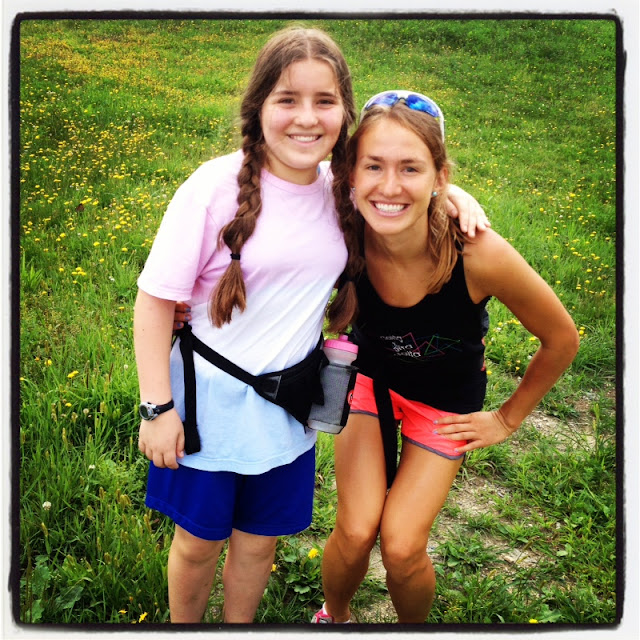 Lucy rolled her ankle but was a good sport about it and here we are completing the 3 hour hike!

Last week was busy with the camps wrapping up and the rest of our team returning from Europe but now we’re all in one place. I was getting lonely without my roommate so I’m especially excited to have Ms. Diggins back. 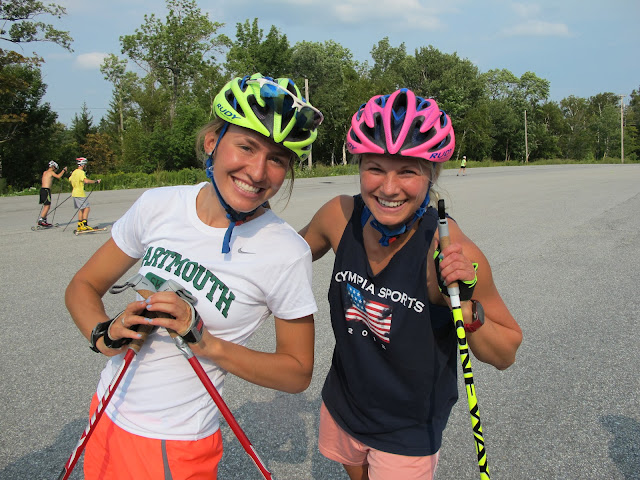 In addition to training every day, we have been cooking delicious gourmet meals in our mini kitchen, taking advantage of the beautiful weather by swimming (or watching teammates swim in my case), and organizing our Ski-a-thon fundraiser coming up on September 2nd. Erika and I made a trip to Craftsbury to train with the National J2 camp the other week and made a weekend of it by going to a Lumineers and Old Crow Medicine Show concert in Burlington that evening and doing hill bounding intervals at Trapps the following morning. 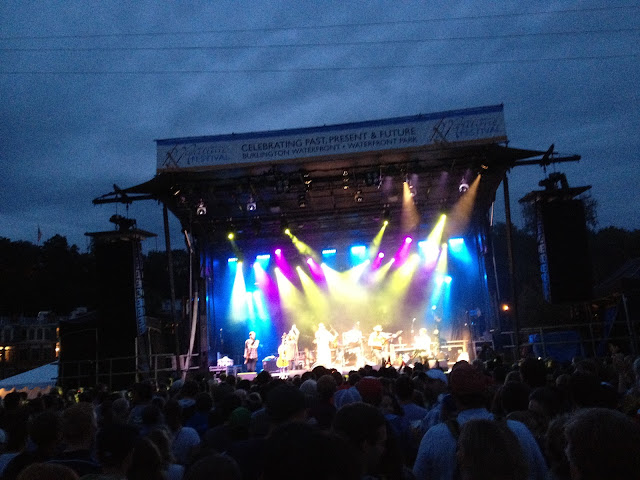 Lumineers performing at the Burlington Waterfront

I’ve enjoyed staying in VT for the summer but things are about to get busy and the traveling will start soon! Next week we head to Maine for 5 days to train with MWSC. It will be fun to see the Portland area and train with our friends from the East. When we return from Maine, we have the Lake Placid Camp in September and a camp in Park City and Canmore in October and then before we know it the race season will be underway!

Here are some more pictures from the past few weeks. Check back soon for more updates! 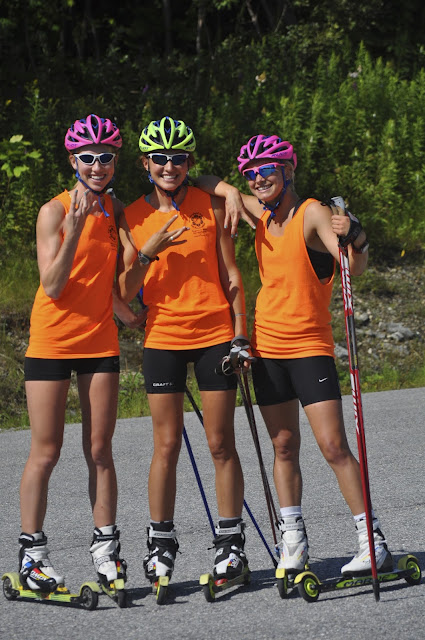 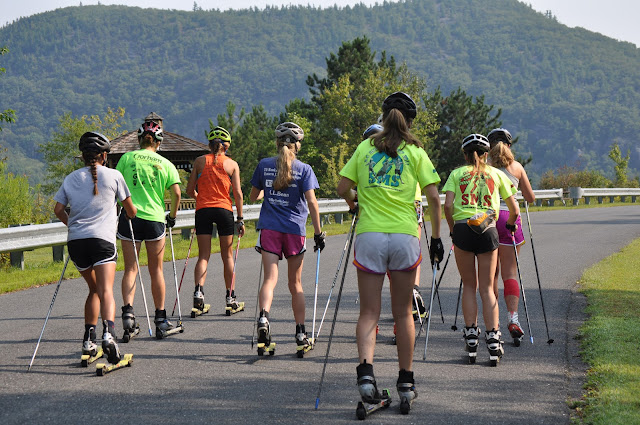 Technique drills with some campers 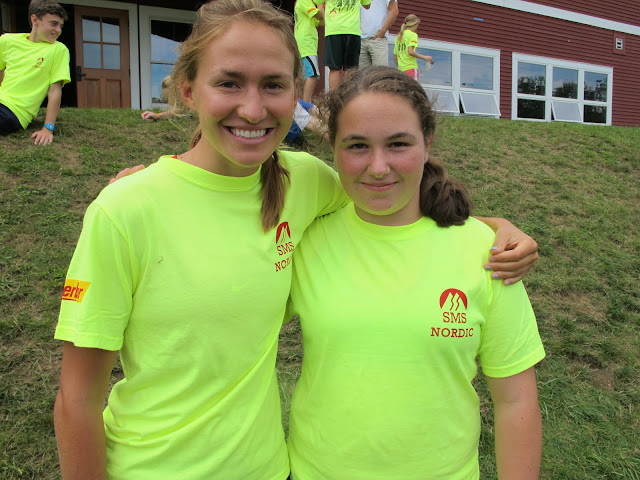 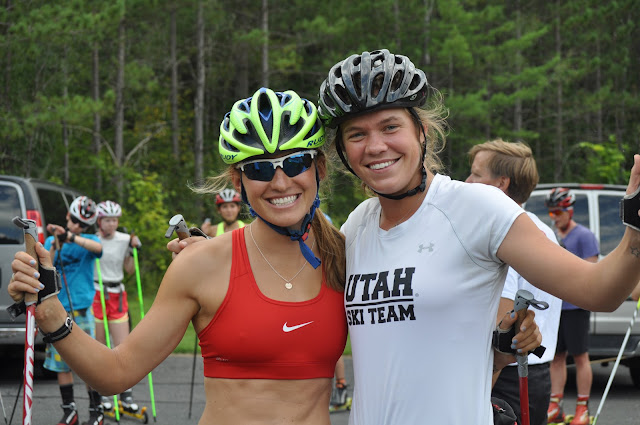 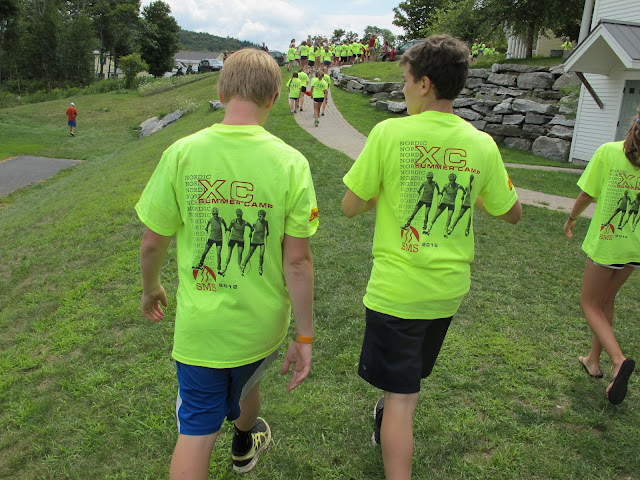 It was the girls’ turn to be featured on the shirt this year! 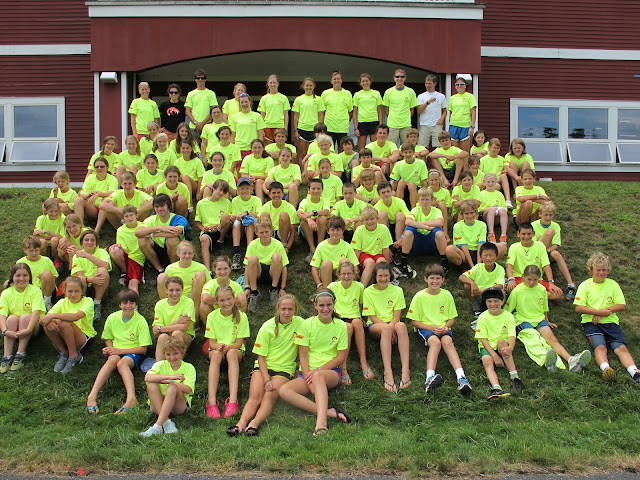 That’s a lot of happy campers!