Kris Freeman and Kikkan Randall have been basically the top US skiers for quite some time now. (I’m sort of brushing Andrew Newell under the rug here, mostly just due to time contraints. I’ll do a follow up on him next week.)

Freeman has been more or less unquestionably the best US male distance skier for what seems like forever, and Randall has been fairly dominant domestically in both distance and sprint events. How long can this last? Not forever, of course. Nothing lasts forever.

But it seems like the shift may happen sooner on the men’s side than the women’s. Here’s what I mean: 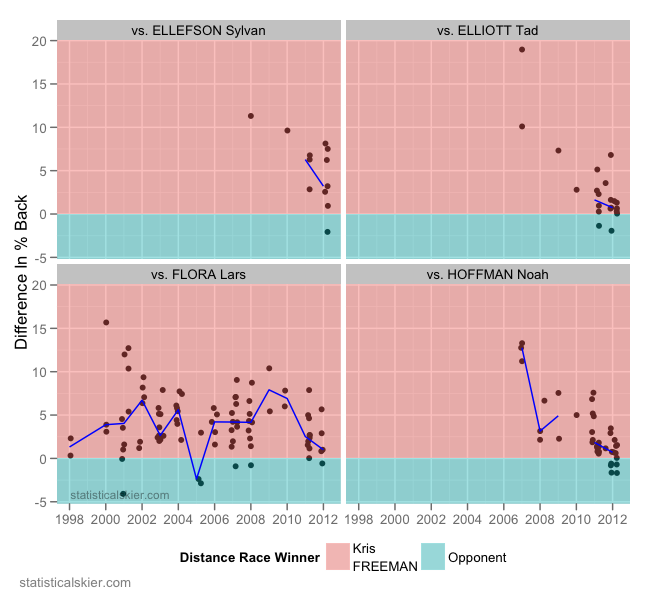 This shows the head-to-head results of Freeman against a handful of the better US men’s distance skiers in recent years. Certainly, Freeman has way more wins (above zero, in the pink) than losses (below zero, in the blue). But the gaps are generally narrowing.

In any case, what does the similar picture look like for Kikkan Randall? 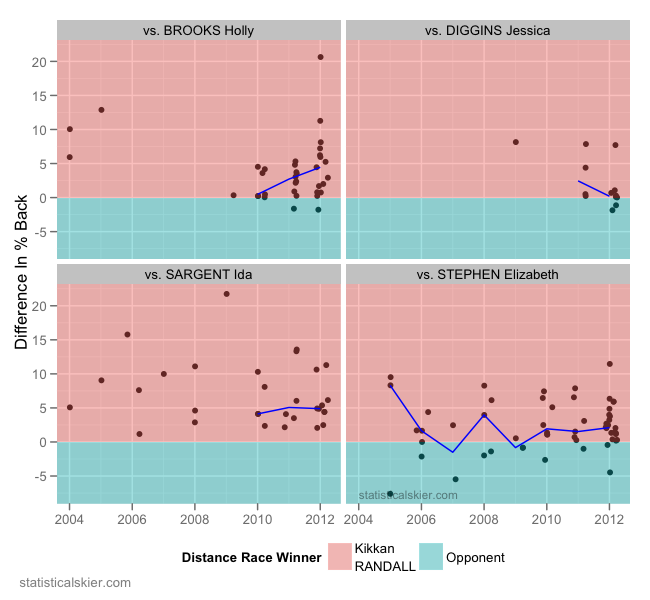 This is the same graph for Randall, in distance events. Jessie Diggins seems to be chipping away at the gap, but the other three look fairly flat. The seemingly steep decline for Brooks is mostly an illusion, and is due to her injury struggles this past season. Without those races, her trend would be mostly flat, or perhaps very slightly down.

Things look even more dramatic in sprinting, as you might expect: 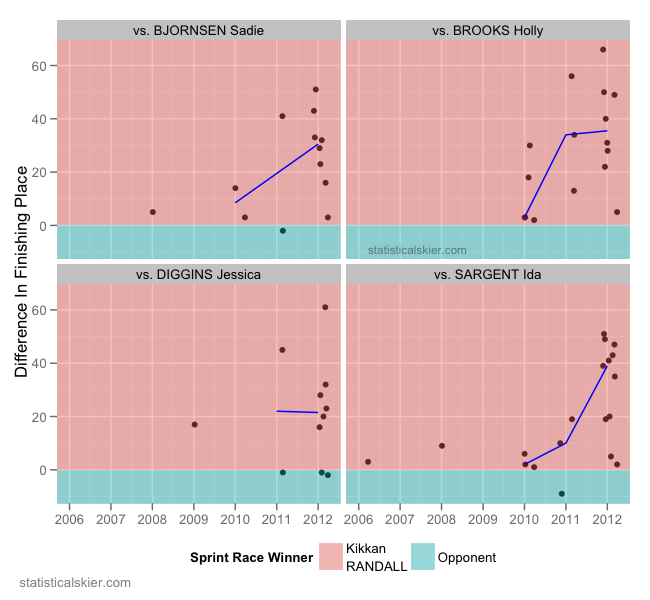 Again, this probably reflects Randall’s recent improvements more than any decline on the other ladies’ parts. But my point remains that it seems likely that Randall will remain on top in the near future, but I’m less certain about Freeman.