Continuing with my summer reading of XC news, I again perused an one of FIS’s short interviews, this time with Switzerland’s Laurien Van der Graaff. 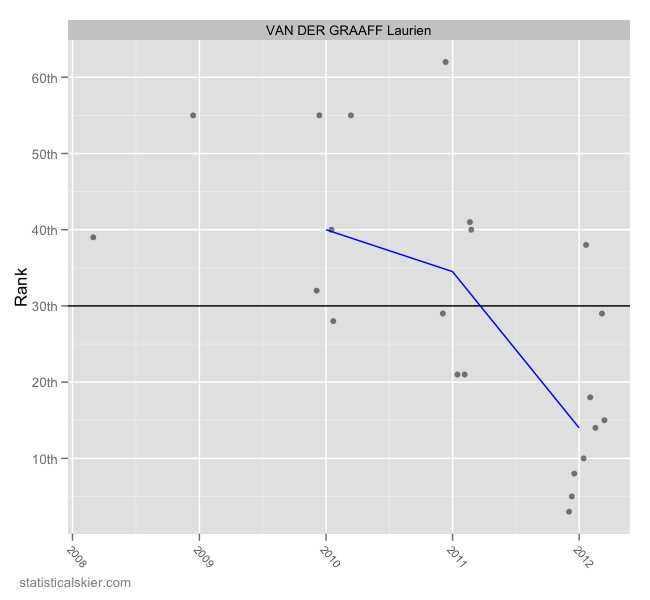 As you can see, it was only really her third season of racing “full time” at the World Cup level. She jumped from occasionally qualifying for the heat, to qualifying all but once, and continuing on through at least the semis numerous times.

She only did three classic sprints last season, so it’s not like she’s racing both techniques the same amount and doing better in one. You’d think that if she’s going to tackle that weak spot, she’ll have to start entering more classic sprints.

One thing that does concern me looking at her results from just last season is that she seemed to fade significantly as the season progressed: 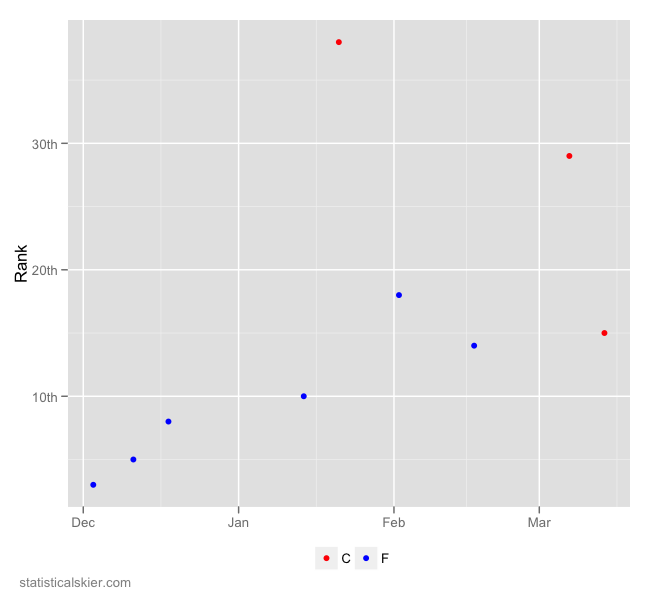 Van der Graaff started off with her best race, and then things sort of went downhill from there. It’s possible that the increased number of WC starts had something to do with that. She had a total of 15 last season, compared to only 6 and 5 in the previous two seasons (that’s sprint and distance combined). If I look at all FIS races, she did more last season as well, but not as dramatically: 17, compared to 10 and 14 the previous two seasons. But certainly the the WC starts could plausibly be considerably more draining over the course of a season.

The individual sprint in World Champs is classic, of course, and then there’s just the Lahti sprint immediately following.

All in all, if she travels to Canada, I’d look for her to have some strong results in the freestyle sprints there, but she hasn’t (yet) shown that she can sustain that through a full season.

My Summer Vacation by Amy Caldwell