Holly BrooksAugust 6, 2012
As always, the last couple of weeks have been busy….. I spent an awesome week on Eagle Glacier with my APU teammates. This was my second camp on the summer and after a 9-hour weather delay in Girdwood due to bad weather, it turned out to be an AWESOME camp. I logged another big-hour week and feel that I make some technical improvements.  Following the glacier camp, Rob and I along with other Anchorage-area Olympians were invited out to GCI’s Agulowok Retreat in Northwest Alaska.  We flew to Dillingham and took a Grumin Goose out to the lodge.  We had one gorgeous day but otherwise, it rained buckets.  We got to see the bears in Katmai National Park at Brooks Camp (!) I caught my first Rainbow, and we went skeet shooting. (I hit nothing with affirms that I should remain a cross country skier rather than switch to biathlon!)  Now, as I write this, we are in Sweden, ready to start a joint camp with the Swedish National team girls. I’m super pumped to have some new training partners and work really hard over the next week, plus. It was a difficult 30+ hours of travel to get here from Alaska but I’m sure it will be well worth it!  Thanks a ton to NNF, the National Nordic Foundation for helping fund this training camp! Read on…… 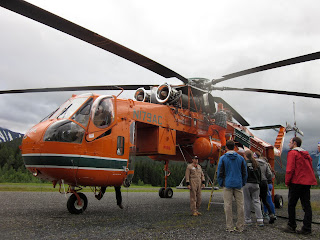 While being grounded on the runway in Girdwood, we checked out this sky crane. This thing cost $50/second to run!!! WOW! 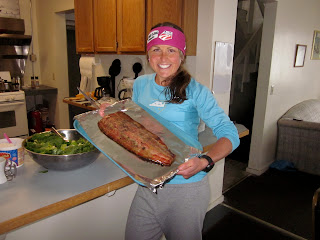 It’s July in Alaska! I brought a freshly smoked salmon fillet to share with my APU teammates. Thanks so much to my husband, Rob for slaying it dip-netting, as usual 🙂  I didn’t get to go fishing but I helped with the filleting… 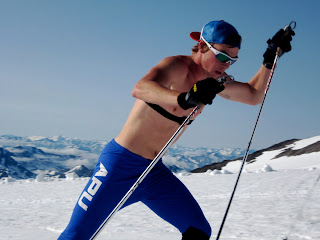 After a day and a half of rain on Eagle we were treated to some awesome AK sunshine – it DOES happen up here! This is my teammate, Reese Hanneman 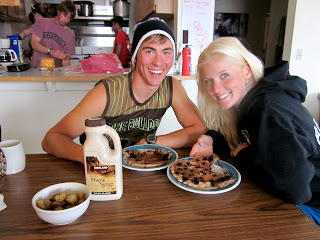 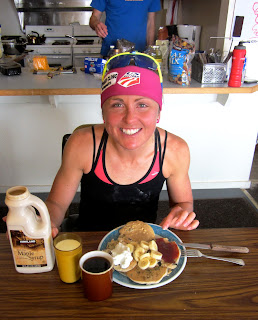 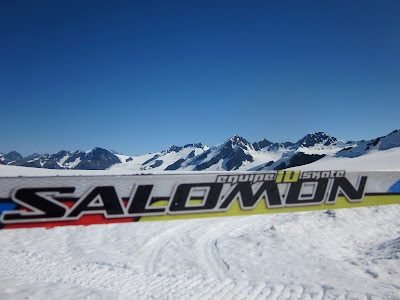 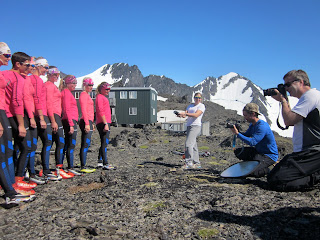 Good buddies Charlie Renfro and Chris Hodel were able to fly up for an APU team photo shoot.  They got some amazing stuff and it was a blast having them up there! Thanks guys!
After the hard glacier effort Rob and I caught some rare quality time together….. 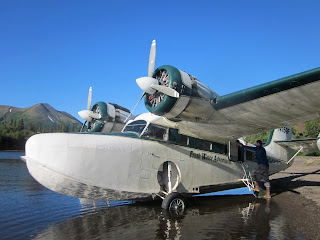 Here is the Goose that we flew out to the lodge in.  This plane is from 1942 and it lands in the water, on it’s belly.  Water splashes up, almost beyond the windows and you momentarily think you’re going to sink…. 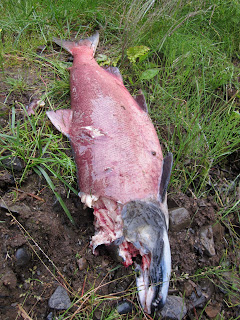 It’s Bear season in AK!  Apparently this bear was fishing and eating only the Salmon eyes – must be a delicacy! 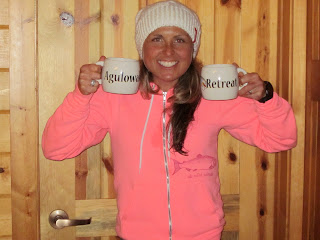 Thanks so much GCI, David Morris, Dave & Mary, and the entire staff at the Agulowok – you guys are awesome! 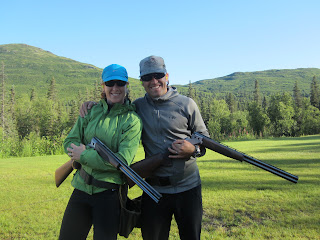 Buddies Rachel (biathlete) and Alex (freestyle) on the skeet range…. 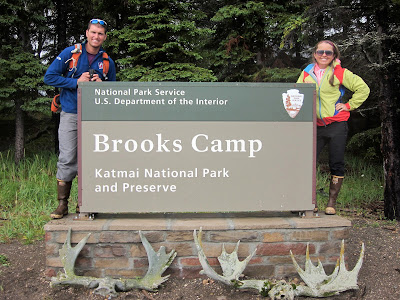 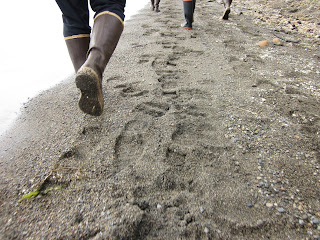 The beach at Brooks immediately has human & bear foot prints leading to the entrance of the park! 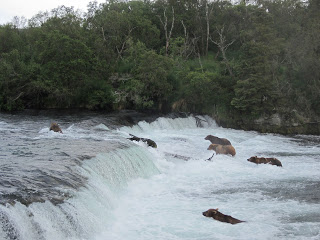 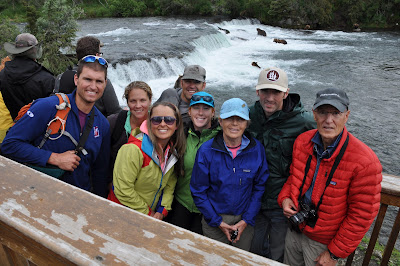 Our group at Brooks Falls 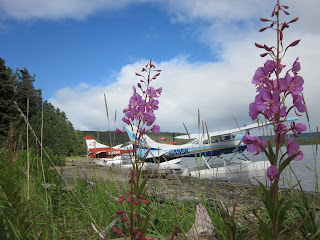 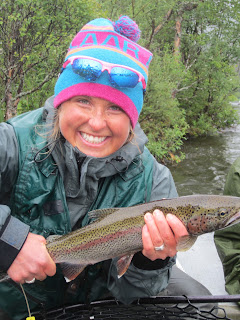 With my first Rainbow!
After the lodge trip and a weather delay getting out of Dillingham I flew 30 hours and met up with my USST teammates in Sweden!  Some of you may remember that I skied in the Torsby Tunnel last November, getting ready for the opening World Cups in Norway.  Well, I’m back here again to gerbil it around the 1.3k loop.  Also, Salomon France is here and I’ve spent some time testing skis with them…… 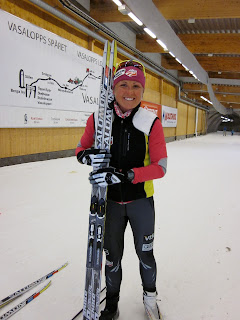 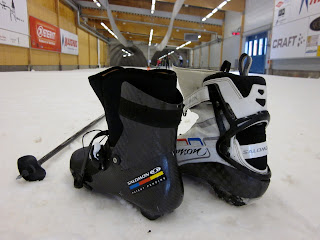 I also got to test the new Salomon skate boot. It’s almost entirely carbon and it’s SO LIGHT. It feel like you have a sock on and I am ecstatic to race in it this upcoming winter!  Trust me, these things are amazing! 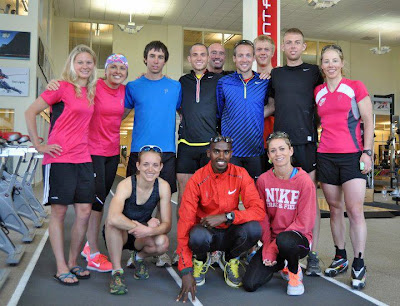 As you can imagine, we’re also spending a fair amount of time watching and following the Olympics while over here. The Swedish commentary isn’t quite the same but we’re having a blast following the races nonetheless.  Bar none, my favorite OLYMPIC moment so far has been the 10k!  This past May the US team got to meet the Nike Team project…. here we are pictures with Mo Farah and Galen Rupp – the Gold and Silver Medalists from the London 2012 race! 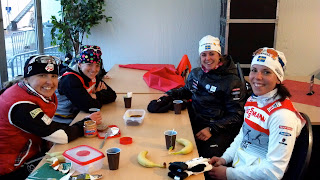 And….we’re momentarily getting the car to meet up with these ladies!
If you haven’t seen this yet, check it out!
A sunny day on Eagle Glacier with the APU Ski Team
By Charlie Renfro
Okay, racing to pack & depart! More later,
Cheers,
h