Just as my summer schooling and Canada training camp came to an end, the first days of hopping in Mr. Peck’s classroom and a little running with the Kodiaks of Cascade commenced. 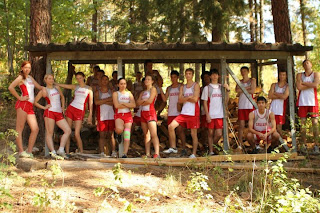 Probably few things are better for a high schooler than overnighting with your teammates. I joined the Kodiaks for their first annual team training camp along the shores of Lake Wenatchee. A family opened up their turn-of-the-century homestead for the team to call home. It was a sweet location, with fireroads and dirt trails around to run on, the lake nearby to cool off and relax besides. The team even had its own guest yogi, Tonja Renee Hall, who works with both the MLS Seattle Sounders and Seahawks of the National Football League. 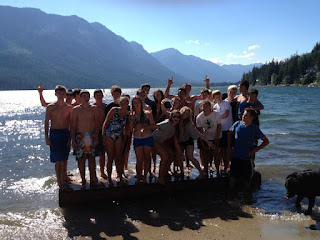 Inside the classroom, my ITA mentor (and former 5th grade teacher, and running coach) Greg Peck is in his final year of teaching in the Cascade School District. I’ve bounced around a bit with where I’ve done all my In The Arena work – from Bend to the Methow Valley to running with Park City High last fall – but I’ve always put in several weeks a year with Mr. Peck, both in his 5th grade classroom, along with the teams he’s coaching as the seasons change.

Already this year, the class has started on a couple sweet side projects. Every year I bring in a big duffel bag full of ski team and Olympic jackets for the kids to put on for an afternoon, and pose with their friends in class. Pictures are taken and developed, and the kids get a small momento. Every year, the class is totally into it.

Last year, a Seattle Seahawk gave the class a signed game jersey. Every Friday, a kid from class earns the right to wear the jersey. I can’t believe I never thought of this myself. For this year, I gave the class my opening ceremonies wear from the Vancouver Olympics. Every Friday, the “Inspired Performance of the Week” puts the Ralph Lauren clothing that was gathering dust in the attic to use. 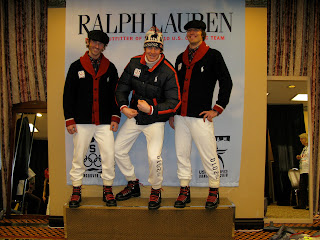 Mr. Peck’s class this year has already wanted to know quite a bit about goal setting. From many years ago Mr. Peck remembers how I would write in my training log every day, logging how many laps around ski hill I’d put on the cross-country skis, or times I ran around the neighborhood on a Tuesday. Today, the notebook has been replaced by an Excel spreadsheet, but the process is the same.

The kids are doing their own outcome and goal setting, then hanging them from a young pear tree in class. I look forward to getting back there and seeing how this – and the year – are progressing.

For now, though, I just hopped a plane for Switzerland. This weekend, I headed up the Sertig Valley in Davos, then traded in the rollerskis for running shoes and ran to the top of Jakobshorn. It was a sweet little tour of the terrain outside the little city in the Alps. And if you were wondering, scenes like the one below exist beyond the marketing literature on Switzerland. If I could only get some of the orchard fruits in harvest I left behind…

Until the next time.