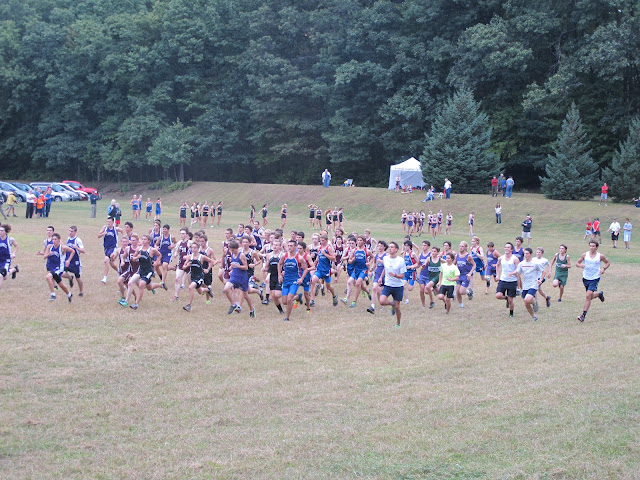 We had our first running race of the season this afternoon in Bellows Falls. There were 6 teams competing and it was fun to jump in the race. The boys started first with the girls taking off 3 minutes later. 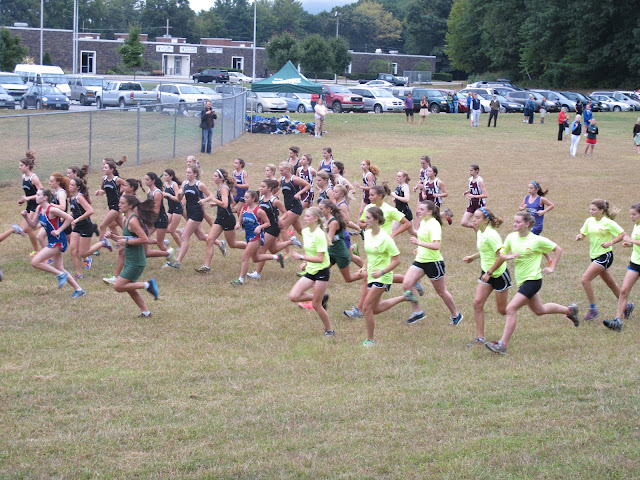 All of our kids ran well! 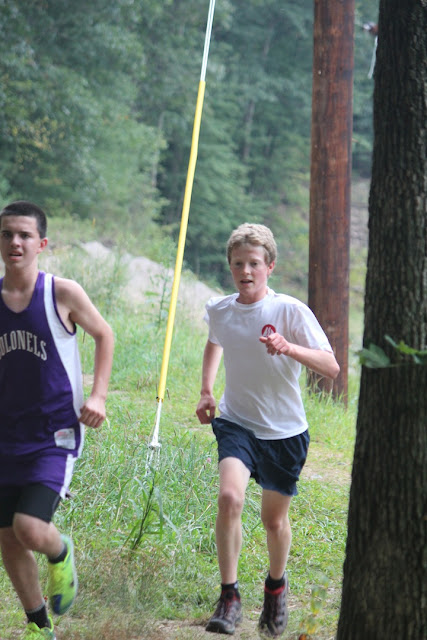 Scott Mooney got his first taste of high school running and did well mixing it up with the bigger kids. 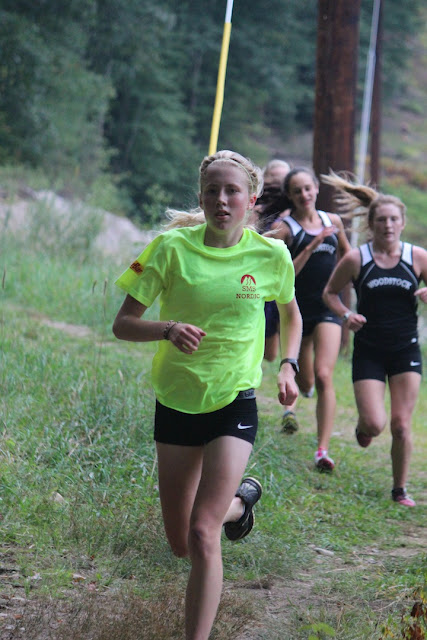 Mollie led the first lap and ended up second. 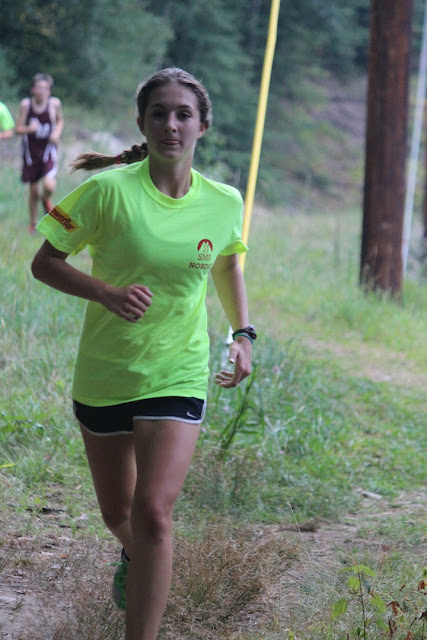 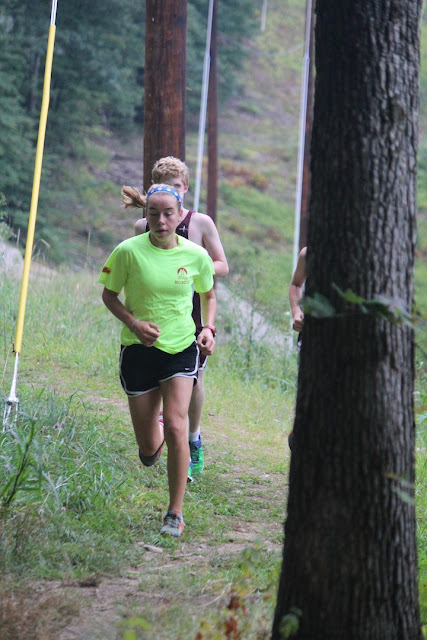 Katharine passes one of the boys. 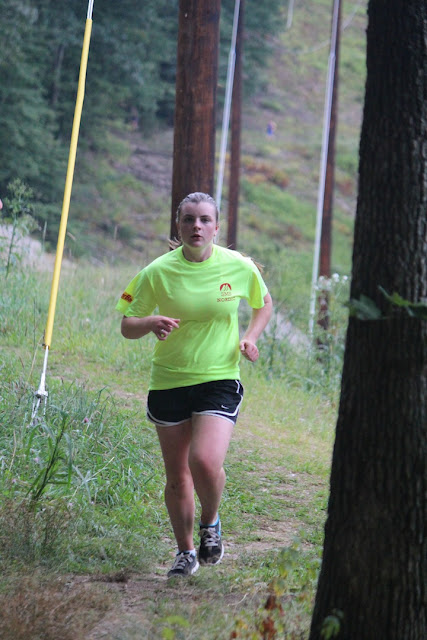 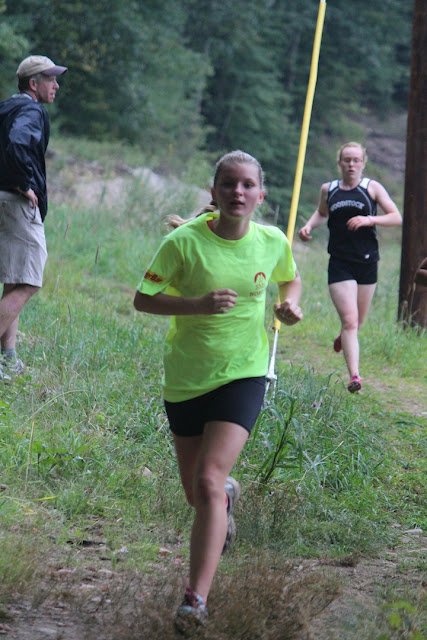 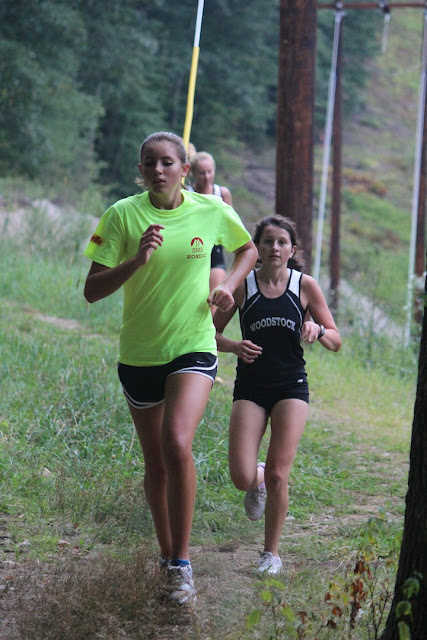 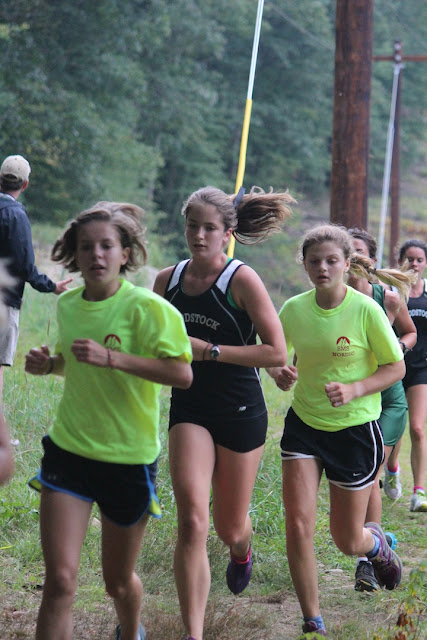 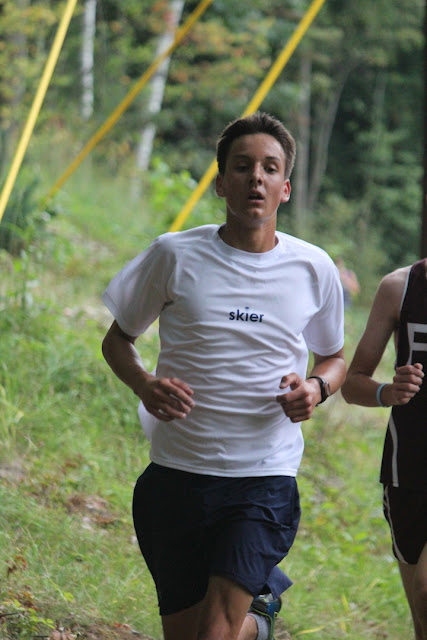 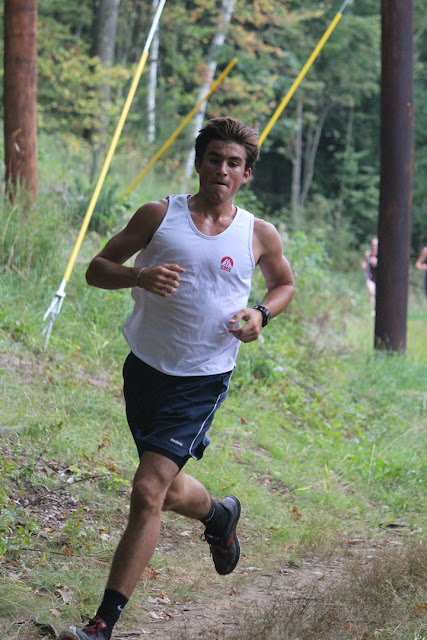 Gino used to hate running, but he is getting better and he got 4th today :). 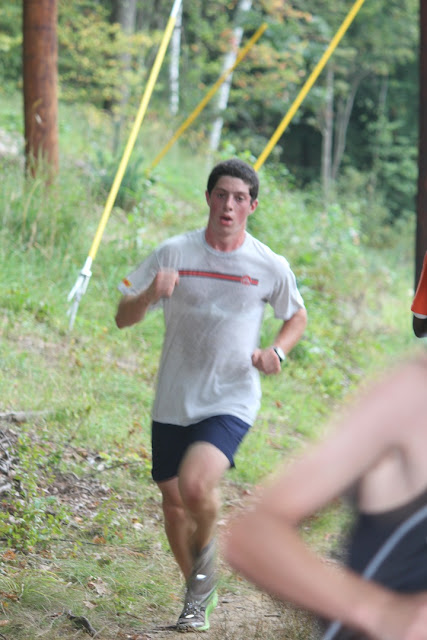 Koby was wondering why most of the runners were not as strong as he is. 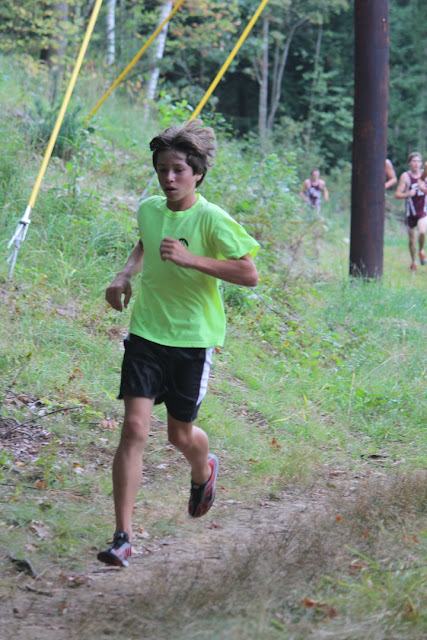 Russell was allowed to jump in as run alongside. He ran the 5 km in 19:30 and placed around 20th. 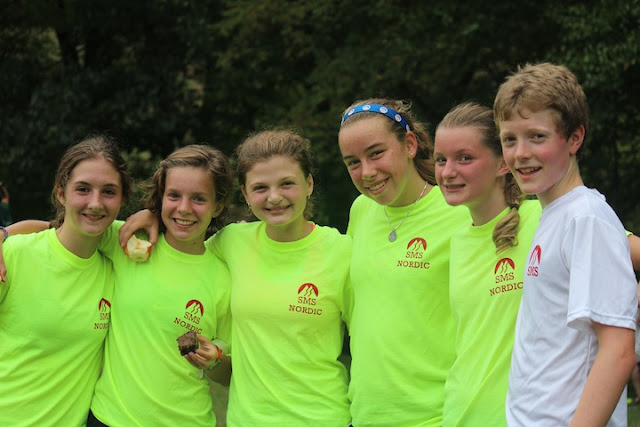 Our freshman group was all smiles after the race. 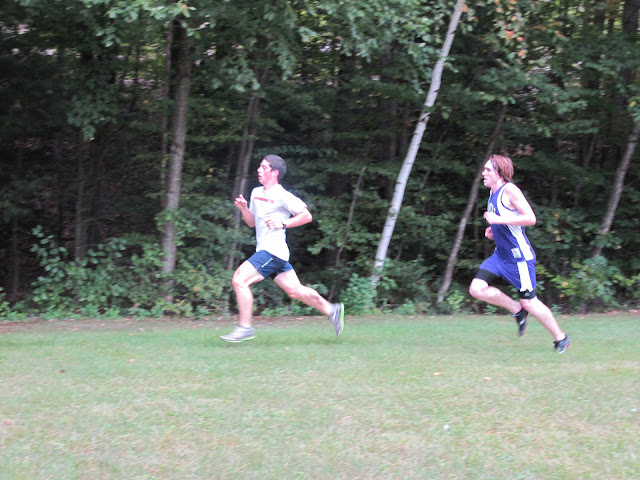 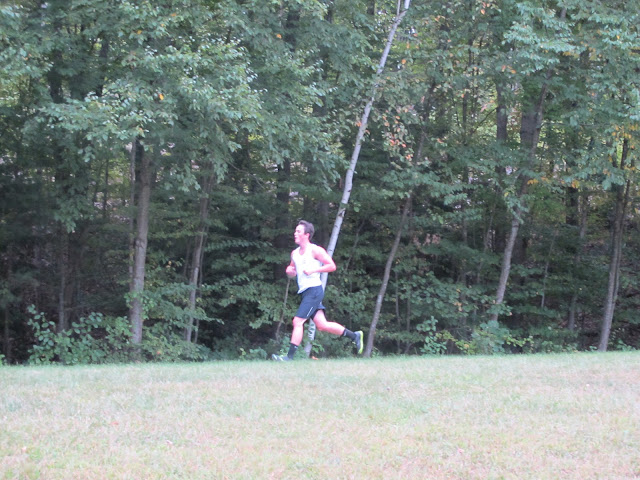 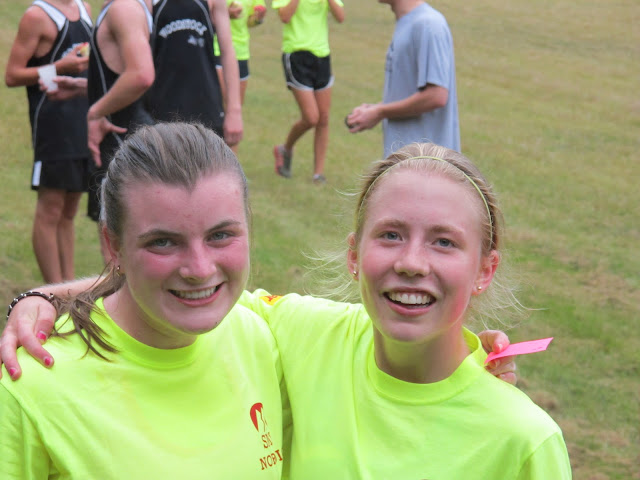 Our senior girls after the race. 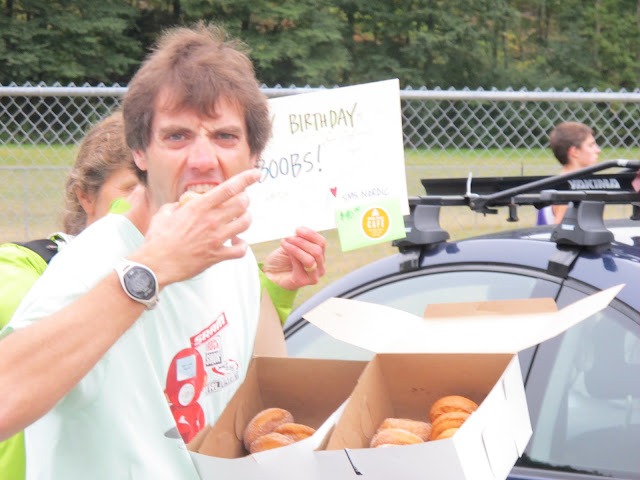 After the race, we celebrated Matt’s birthday (thanks to Tamra for the doughnuts and some of the pictures).