Following up from last time, we’ll look a little more closely at the individual trends among some of the top Swedish women in distance and sprint events.

First the distance skiers (click through for a larger version): 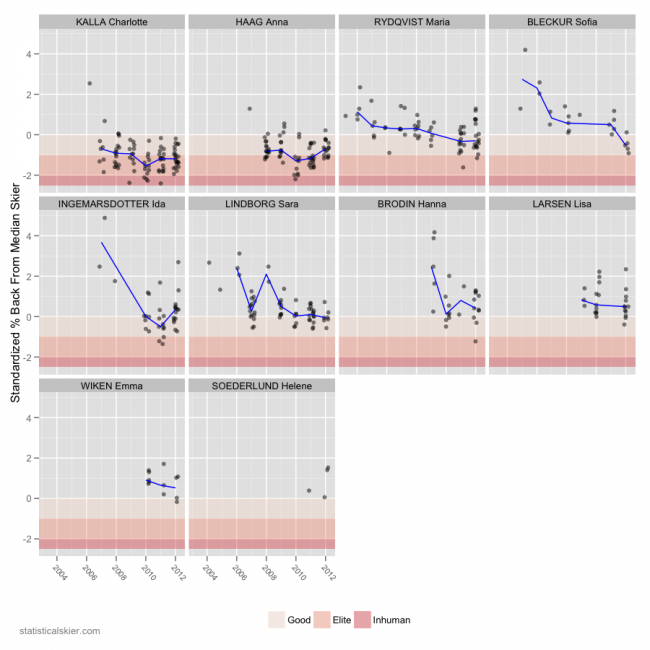 Not surprisingly, Charlotte Kalla is generally the top performer here. But notice that there’s a bit of a solid drop off after her and Anna Haag. Maria Rydqvist surprised many by coming back from a year off with some very solid results, but then seemed to hit a bit of a plateau last season. Sofia Bleckur took a large jump last season, but the move from 0.5-1 standardized percent behind the median skier to -0.5 to -1 standardized percent behind the median isn’t quite as challenging. The next jump will likely be orders of magnitude harder.

I believe I’ve commented on this before, but Anna Haag’s trend over the past three seasons is a bit worrying. The Swedish women had a very strong year in 2010, but both Kalla and especially Haag seem to have experienced a bit of “regression to the mean”. That makes me wonder whether Haag’s 2010 campaign (and to a certain extent even Kalla’s) was the best we’ll see from her.

As for the sprinters (again, click for full version): 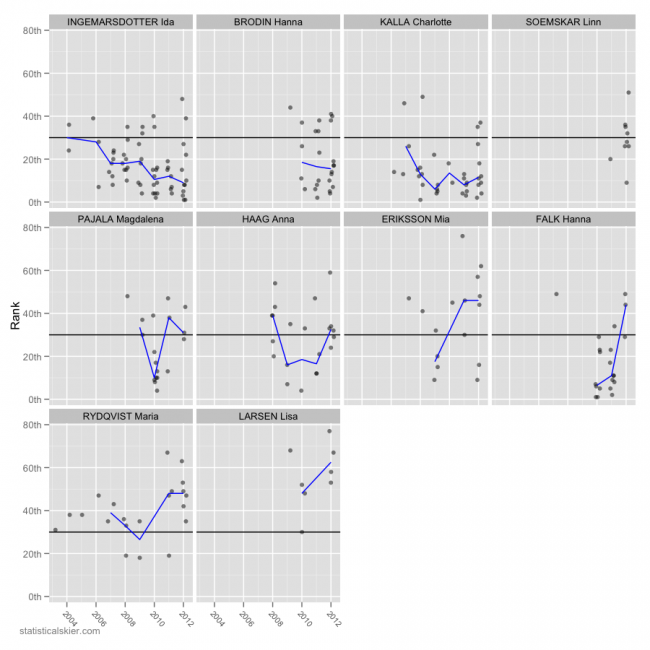 I certainly like the looks of Ingemarsdotter’s trend there: steady improvement over more than 2 seasons with little signs of a plateau. Hanna Falk appears extremely promising but I believe she had some strange medical issues last season that now I’m suddenly very fuzzy on. Something to do with her eyes, maybe? I can’t quite remember.