How much competition is the right amount for 12-13 year cross country skiers? 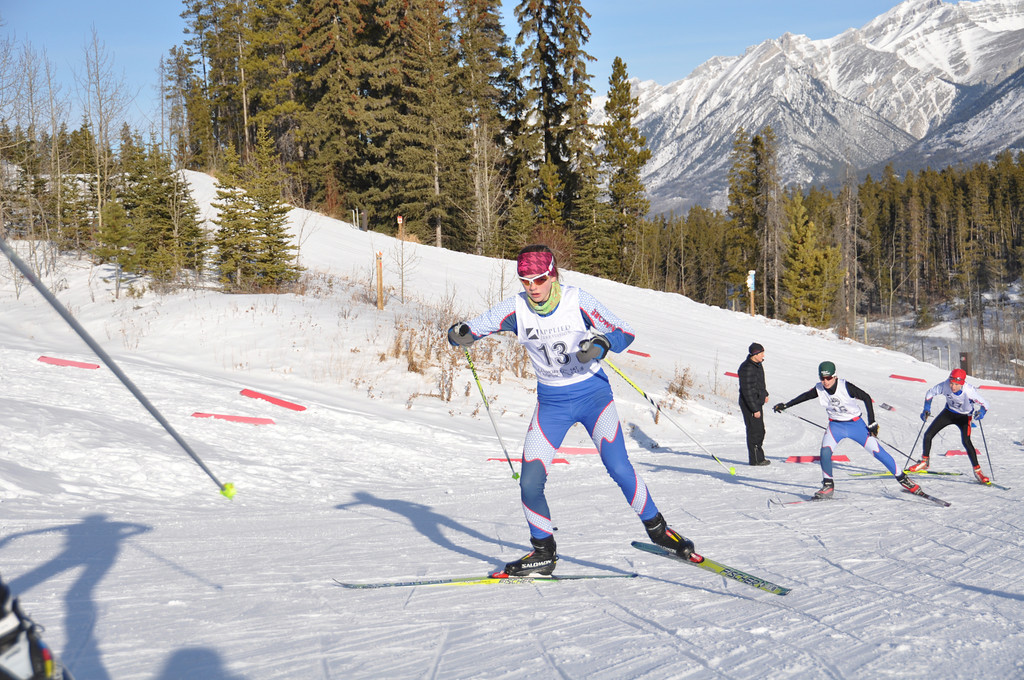 Early Adolescence is a critical age in developing a positive disposition and orientation to racing.  At 12-13, many kids venture beyond their local club races for the first time.  The midget age group in Canada is often the biggest competition grouping for kids at provincial level races. But what you notice two years later as juveniles, is that the competitive pool of kids still hanging around and competing is often alot smaller.  What is happening to all these kids?  Is the number of competitions a factor in creating positive experiences for athletes?  Is the type of competition important?

Cross Country Canada has some ideas about these questions.  The Athlete Development Matrix http://www.cccski.com/Programs/Athlete-Development/LTAD-Long-Term-Athlete-Development/Athlete-Development-Matrix.aspx certainly provides some suggestions around competition.  What is the optimal amount of races?  How much travel should 12-13 year olds be doing? Something is going on with our young athletes that lots of them are dropping out at 14 or 15.  Often its not the kids on the podium who drop out, but instead the ones who are well back in the pack.  Everything in sport literature, particularly in cross country skiing say that as a late development sport, young cross country skiers need to have patience about results – not to overfocus on results.  But the reality is its difficult to not pay attention to results for young skiers and their parents.  I think the temptation exists for coaches and young athletes to undertake training regimens that go well beyond the recommended practice by the LTAD in order to get results that young athletes are pleased with.  The role of competition is important – every sport has its ‘game’ – in cross country skiing, the ‘game’ is a race. Being good at racing, gives kids an easy reason to stay involved.  What follows are some of my own ideas about what I think is important for creating a space where 12-13 year olds can take the critical first steps towards becoming successful as juniors or U23 athletes.

12-13 year old cross country skiers need to have experiences where they see themselves as racers, where they get ‘enough’ to dream about where they can go, where they have role models who show them that the path they are on leads them somewhere incredible, where they have a culture in a ski club where racing is normal, exciting, fun, and where they have a place for them to learn about themselves, to set goals, to be their best.  How much is enough? and what is the right mix of ‘enough’?  If you asked a dozen coaches to answer these questions, you’d likely get twelve different answers. For me, its building a progression so that as kids get older they get something new each year, they get a little more than they had they year before.  This is good for parents as well – particularly for parents who weren’t ski racers themselves.  In our ski club, Canmore Nordic, we are blessed with having parents who raced in the olympics as our volunteer parent assistant coaches. But the vast majority of parents in our club haven’t had that expereince or any experience with racing.  So bringing them along at the same pace as their kids, provides time to adjust to the changing landscape of their child as a racer.

Having key ‘important’ races for 12-13 year olds – maybe 4 or 5 weekends, with a few road trips thrown in is critical.  Having some local regional events is crucial.  Having a family weekend, where kids race and parents hang out (and maybe try a race themselves) is important.  Having the right kind of  ‘this is awesome’ leadership is vital – and providing the right kind of framing for racing at this age is essential.  The fact is that every kid is a bit nervous about racing at 12-13 years old – its kind of new and the reality is is that kids put themselves on the line when going in a race – at a time when how peers perceive them is central to how adolescents are developing a sense of self esteem and personal character.  So is the number of races important? Yes, I think so.  Kids at 12-13 years old need to learn how be a good racer.  They need the experience to improve.  You just arent going to get better at something if you don’t do it.

I had the good fortune of attending ‘WE’ day in October in Calgary.  We day is focused on engaging youth in making the world a better place.  The day involved over 15,000 adolescents from all over Alberta. One of the speakers was broadcaster Larry King.  Larry was asked by his interviewer what characteristics were present in people who have been successful in their lives that he has interviewed.  Larry responded that successful people are those who have perseverance – who don’t give up when they have set back; that successful people are those that have a deeply seeded vision about what they want to become; that successful people have taken steps along the way to get there.  These ideas, though not directly referencing athletes, are totally relevant to the type of culture that needs to be nurtured for young athletes – that having a dream, being a racer, and being relentless in the pursuit of your dream is critical to later success.  For some parents, they help support their child with these things – but the role of the coach is crucial in creating a culture where young athletes, just getting going on their path to being the best they can be, can flourish and not over focus on results.

My personal beliefs are that every child can learn to ski skillfully, that going fast on skis is fun, and every child can improve their fitness.  My hope is that most of the athletes in the program I am lucky to be the lead coach of will stick around long enough to see what their best is.  Participating in the right type and right amount of races is a key milestone in that pathway.