The last fifteen days I’ve been training and living in Park City, Utah with the U.S. Ski Team. It has probably been the best camp I’ve had this year. The weather and training venue has been a really nice change, not that I don’t love the Anchorage hurricanes. Those are fun too! While I was here I got to do lots of fun things like…. 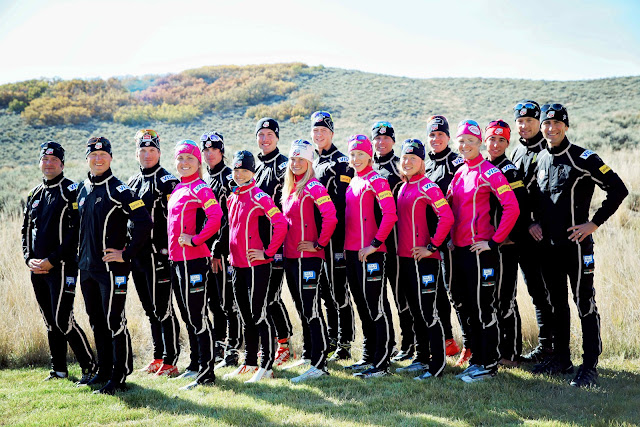 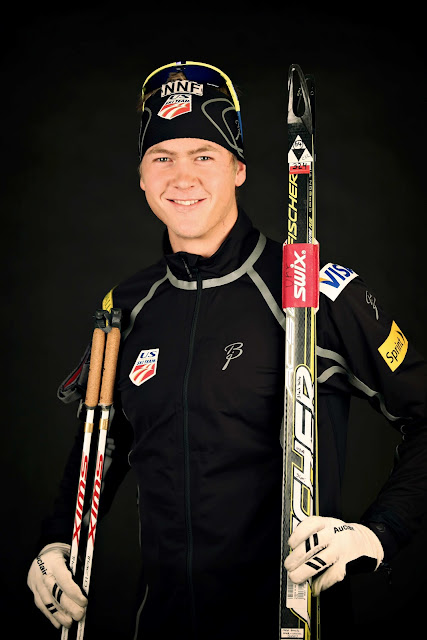 The first picture is the 2012-2013 United States Ski Team, the second one is my headshot for the year.
We got several chances to go hard and test ourselves against our teammates. Out of the seven guys on the US Ski Team three of them have posted top 5 finishes at a World Cup event. I’m not one of those guys but I figure if I train with them enough and steal some of their tricks and skills maybe I can get myself on the World Cup podium sometimes soon! 🙂
Here is a couple videos from training—>
The first video is of us doing a skate roller ski workout on the 2002 Olympic course. These paved trails are pretty similar to the trails we will be using for the National Championships this year. The second video is of us doing a bounding workout, we use the poles to try and simulate skiing.
I also got to room with one of the most successful cross country skiers in the U.S., Kris Freeman. This guys is a bad*ss and a super nice guy. I may have a poster of him in my room at home, it is inspiring but the real version is even more inspiring. The guy is a diabetic which makes his accomplishments even more impressive. He works with a lot of diabetic kids which is awesome! One day I heard him talking on the phone with a girl in high school who is running cross country, he was helping her prepare for her next race. It sounded super technical, I can’t imagine having to add this obstacle to the mix.
Here is a picture of Kris Freeman in the 2006 Olympics and a picture of him on the cover of Outside magazine–> 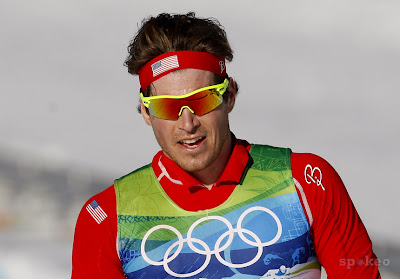 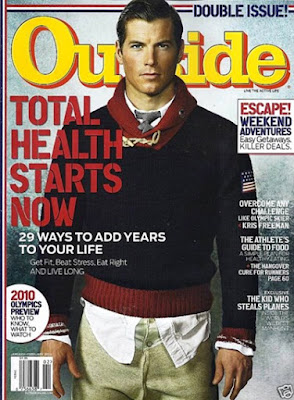 I also just finished up two of my classes at Alaska Pacific University. I take all of my classes online which is really helpful, it allows me to keep up on my schooling while on the road. I had my finals mid way through this training camp so there were more then a couple very late night study sessions.
Here is a picture of me getting my studying on—> 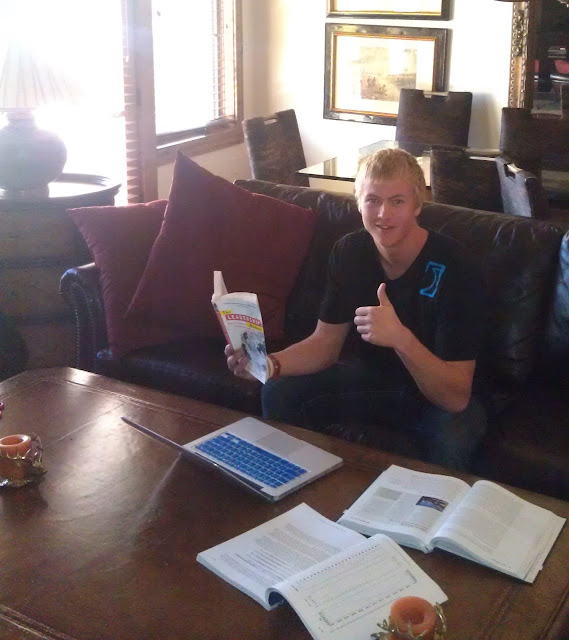 We also got to do some physical testing while we were here. So far I have been tested four times by the US Ski Team sports science crew. The tests went pretty good for me. I’m recovering from a pretty serious virus so I was a little nervous my results weren’t going to be better then they were in May. Overall I had a pretty serious jump in my skating, my double pole and classic had a small improvement. My goal this year was to improve my motor and to improve my skating technique, I feel I accomplished both. My max strength test showed that I’m a little bit weaker but I have to take into account that I lost a little weight. My goal for the next couple months is to improve power and strength.
Here is a picture of me getting tested on treadmill—> 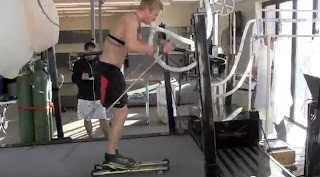 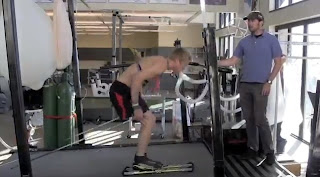 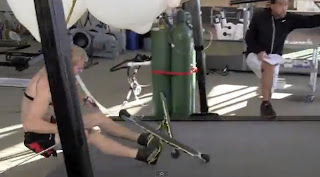 Getting sent off the back when can’t keep the pace up.
All in all it was just a super fun camp, I really like training with this group of guys and the coaches are great! Now i’m headed back to Alaska, a little later then expected after a cancelled flight but I’m starting to get pretty use to the airline companies messing up. Snow in AK, I’m so excited to strap some skis on and glide around. Racing is getting so close.
Here are a couple more pictures from the camp—> 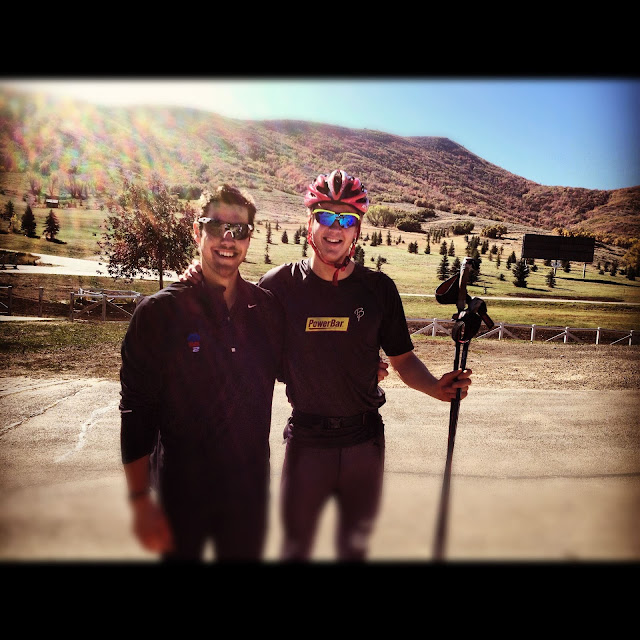 Myself on the right and teammate and one of my best friends, Skyler Davis on the left. This guy is in good shape, watch out! 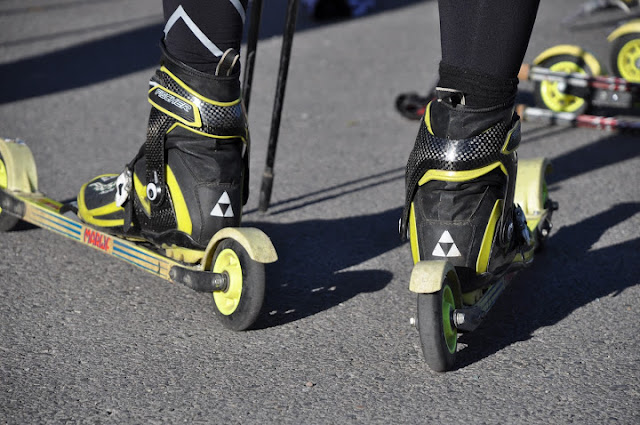 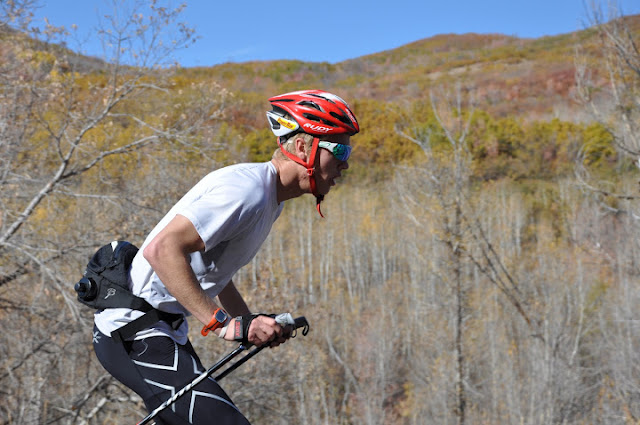 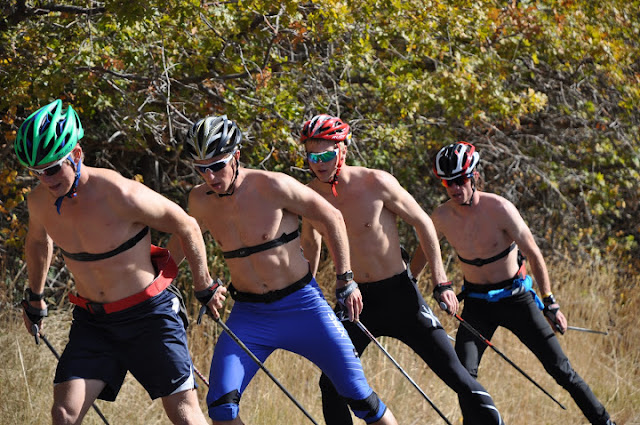 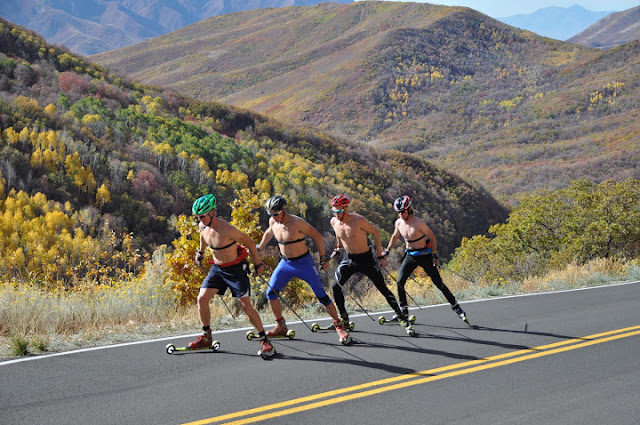 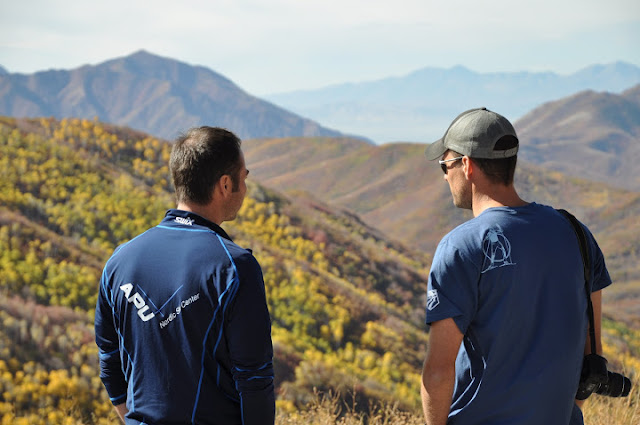