I got a request for some similar graphs from my podium development posts, but focused more on the domestic scene. So, for example, we had this graph: 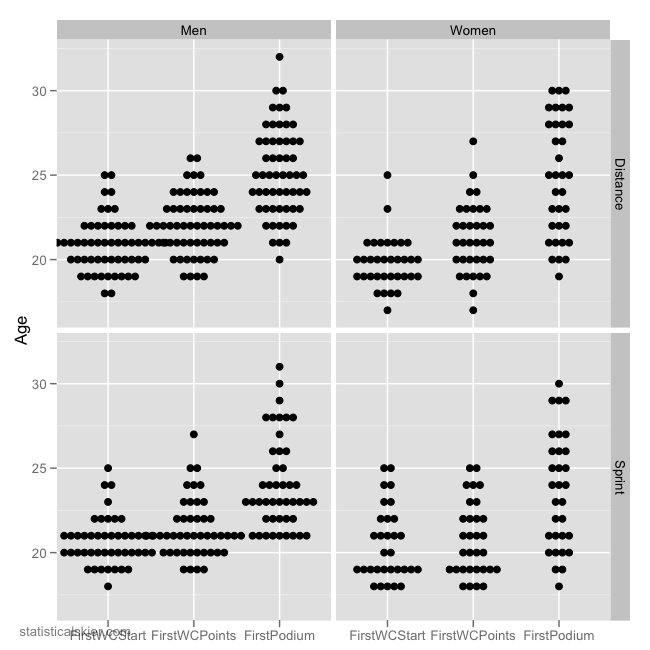 This showed the age at which future WC podium finishers achieved a particular milestone. So let’s turn to just US and Canadian skiers who have simply participated in a WC over roughly the same time span and make a similar graph, with a slightly expanded set of milestones: 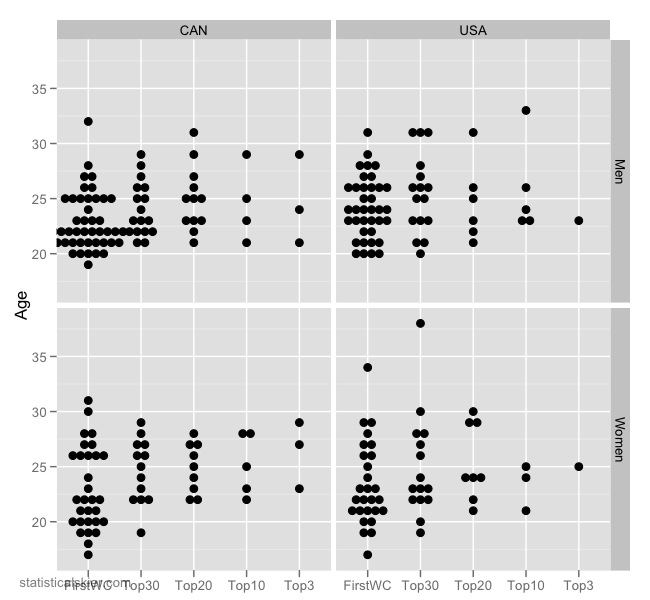 Sprint and distance have all been lumped together here. The only thing I’m going to point out with this is the rather dramatic age difference for the skier’s first WC start. Note how for the international podium winners, it is virtually unheard of for them to have cut their teeth on the WC after the age of 25. Now look at the domestic graph; many more of our WC athletes are getting their first taste of WC action at a very late age.

It’s important, as always, not to confuse cause and effect here. Dumping skiers into a WC at the age of 21 won’t magically turn them into podium material. (But it might not hurt…) A more plausible explanation might be that other countries are doing a systematically better job at developing athletes faster, such that they are at the right stage of their development for a first WC start at a significantly earlier age.