Continuing with the athlete development theme recently, here’s a graph showing the age at which a skier races in their first WC versus their overall median WC result: 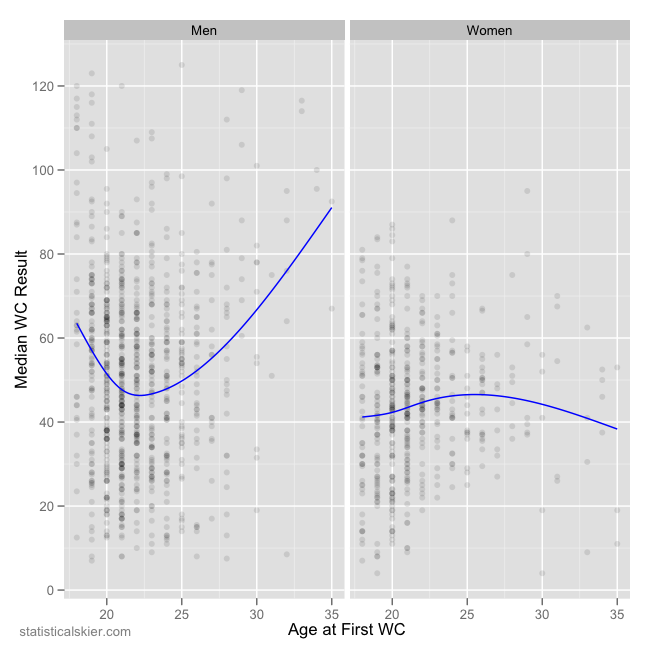 For fairly obvious reasons, you have read this fairly carefully, particularly at the more extreme ages. I wouldn’t pay much attention to either panel past the age of 30, simply due to sample size.

What I find interesting about this is that for the men, at least, it reinforces the idea that 25 is really the maximum age at which you want to be cutting your teeth on the WC circuit. The relationship for the women is more stable, indicating an interesting contrast between the genders. It seems that it’s at least more likely for women to start late and not perform (on average, across all skiers) significantly worse than folks who started on the WC at a fairly young age. I want to emphasize that that’s a relative conclusion, i.e. that we’re simply saying that the women are more likely to see that happen than the men, rather than saying the women are generally likely to start late and perform really well.

New to FS: Your Questions Answered