Holly BrooksNovember 20, 2012
November is up and ready on XC Ski Girl for those who are interested!
http://xcskigirl04.blogspot.com
The US Team drove 3 hours from Muonio to Gallivare yesterday afternoon. We enjoyed a long sunset… and then it was dark at 2 or 3 in the afternoon.  This made for a short day – even for someone like me from Alaska! It’s cool to be here for a couple of reasons.  Peter, our head wax tech is from Gallivare. It’s cool to see his home town and hopefully he’ll share some local/beta/knowledge with us. Maybe we’ll even get lucky by doing some laundry! (Yes, its the little things….)
Second, the ski stadium here is called “Hellner Stadium” after Swedish ski star, Marcus Hellner. Marcus grew up skiing around here and apparently he won his first World Cup here, in his own home town.  Upon arrival last night I went for a short jog and the ski stadium was bustling with energy; mostly old Swedish men setting up for this weekend’s upcoming race. You could tell they were loving every minute of it!  No pictures yet but I will get some soon!
If you are curious about Gallivare, the FIS Cross Country site always has a bit of info about the World Cup venues….
http://www.fiscrosscountry.com/place/gaellivare,55.html
“Gällivare, located 100km north of the Arctic Circle in Swedish Lapland, is a small mining town where the Sámi culture and modern industry coexists.
“
Last but certainly not least, pictures from the photo shoot I did with Reese Hanneman at Lake Hood are up on his website.  I’m sure that many of you have already seen them on Facebook and/or Fasterskier but the complete collection, in high res (!) is up on his engine room media site.  Be sure to check back on Reese’s site often because he always has something cool up his sleeve!
http://engineroommedia.net 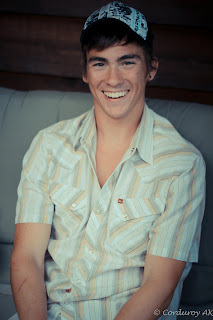 Good luck to Reese and the rest of my APU teammates who will be hitting up the races in West Yellowstone this weekend! I’ll be cheering for you guys from Swedish Lapland!
Holly 🙂

And a new season begins!