Holly BrooksNovember 1, 2012
T-minus 9 days before I take off for the entire winter…. it’s fun, overwhelming & exciting, all at the same time!  Here are a few pictures from the last month. Welcome to November & the race season everyone! 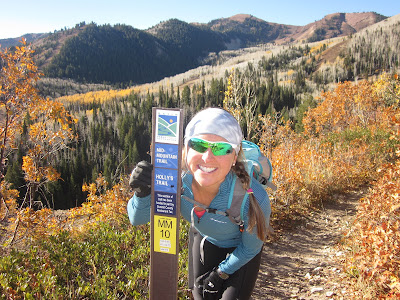 “Holly’s Trail” on our over distance run in Park City…. awesome, 3 hour loop 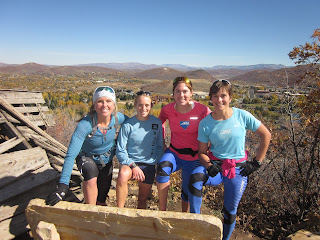 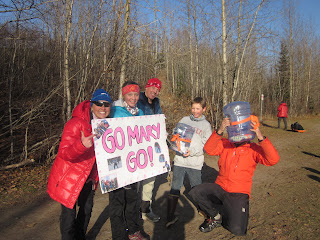 We had an awesome fun(d) run for Mary. 400-500 people showed up and we raised 15k to help out with her medical expenses! 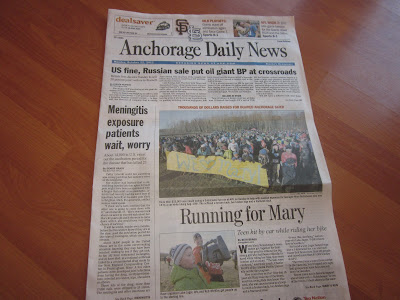 The event even made the front page of the paper! 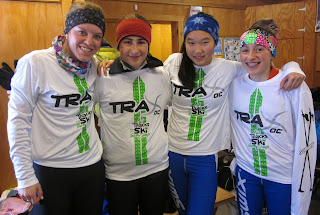 The APU team helped out with the second annual “First Tracks” camp in Fairbanks. The camp was open to high school skiers from all over the state.  The athletes got to spend a ton of time on snow and learn from our coach, Erik Flora – as well as train with the APU elite team skiers. The kids had talks on nutrition, staying healthy over the season…. I gave a slide show about the World Cup. 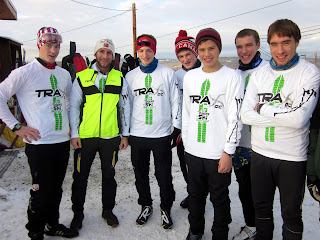 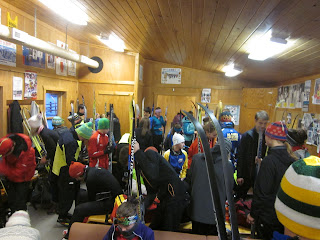 Lots of waxing going on in the Birch Hill waxing cabin! 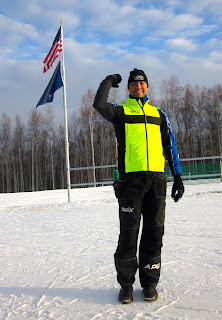 Flora showing off his coaching biceps! 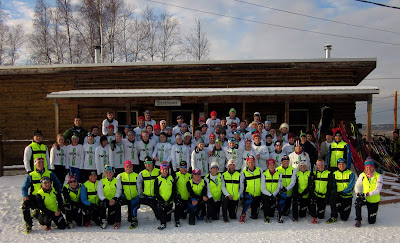 Our group: kids in white, “coach/athletes” in yellow 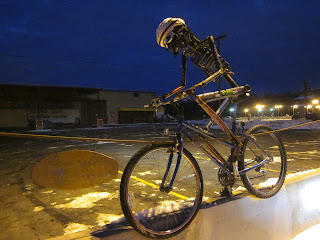 Check out this skeleton made completely out of bike parts! 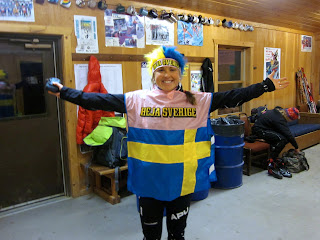 My Halloween costume for the weekend over distance ski! 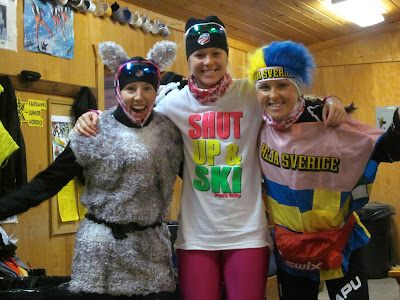 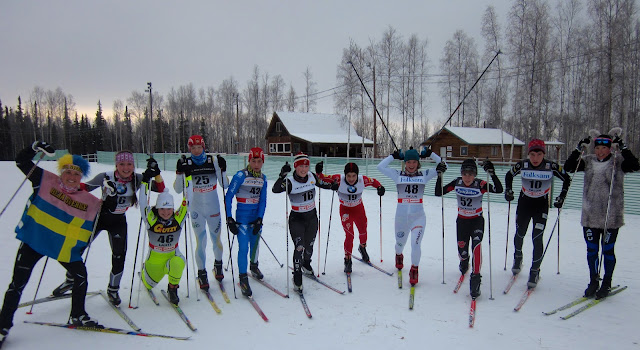 Kikkan and I both brought our collections of National Team suits & World Cup bibs to Fairbanks. Saturday night we drew names out of a hat and the kids got to ski in them for Sunday’s over distance workout. Many of these suits once belonged to World Cup veterans and it was pretty darn cool to see how psyched the kids were to wear them. They even got to keep the World Cup bibs!  Collectively we were the “World Cup Field” for Halloween!!!
I put some of these pictures on Facebook a couple days ago and tagged Anna Haag – who one of the Swedish suits once belonged too. Anna’s boyfriend and World Cup Sprint Champion Emil Jonsson was the first one to “like” it and Anna herself added a comment almost immediately. That’s pretty cool, right? 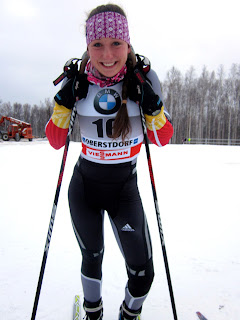 Taryn rockin the German one piece! 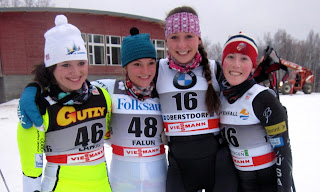 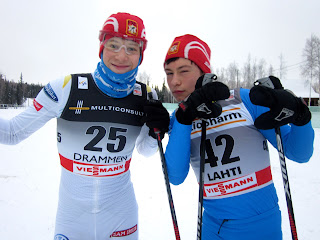 As if First Tracks wasn’t busy or ambitious enough, we held a Fast and Female to cap off the weekend 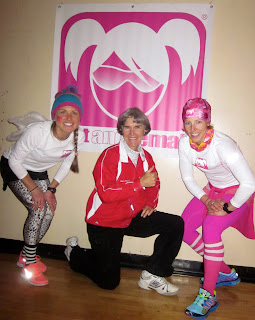 I thought the coolest part was having Diana (center) come as guest speaker for the girls.  She was the first women’s basketball coach at UAF and told the girls about Title 9 & a time when girls weren’t allowed to compete.  Her two main take home messages were “keep it fun” and “include ALL girls in sports.” 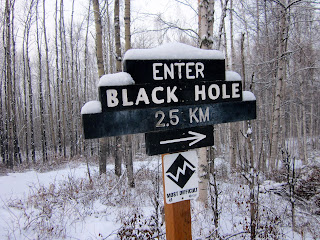 Eventhough during our time there Fairbanks only had 4-6″ of snow we were able to ski ALL 30k of trails at Birch Hill, even the black loops!  Birch has an awesome trail system and I think they’re going to do an awesome job of hosting 2013 Junior Olympics! 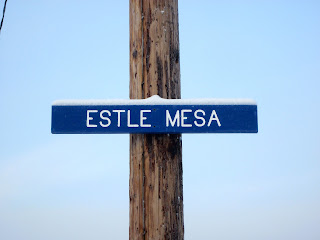 John Estle’s played a big role in the trail evolutions in Fairbanks. Here is “Estle’s Mesa!” 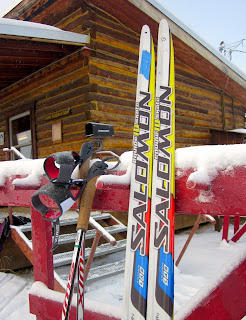 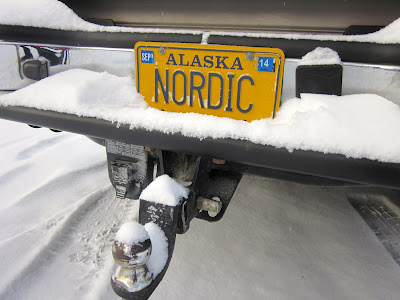 There are some wonderful people and incredible organizers in Fairbanks. Here is the Hajdukovich family… Mike Hajduk (center) is solely responsible for putting on the First Tracks camp.  This guy has vision, creativity & an electric energy that I wish I could bottle up and take with me all season in Europe. Thanks Mike & Challenge Life (his organization) for making the camp happen!!!! 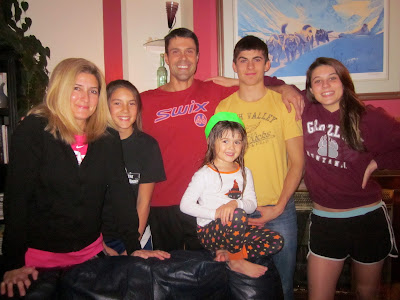 While in Fairbanks Dave Edic was our “host.”  He has a great “skier’s house” within walking distance of Birch Hill and it was fabulous staying there. Plus, Dave is quite the skier himself, training for World Masters. This year the Championship is in Asiago, Italy, only a short drive from Val di Fiemme. Dave is planning on coming to watch and cheer at World Champs – cool stuff! 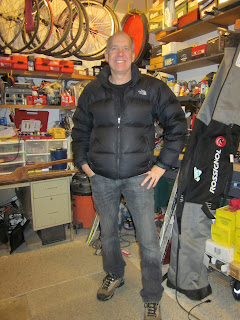 I extended my trip to stay in Fairbanks longer than initially planned before they had snow and Anchorage didn’t…. Thanks for letting me crash Dave!