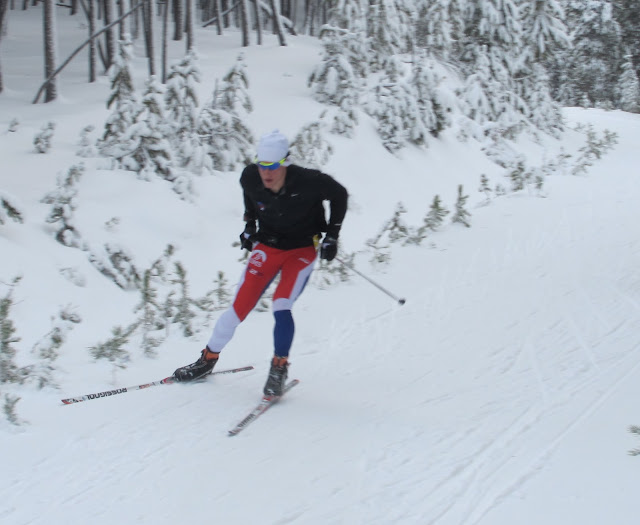 There is only 1-2 inches of snow snow in town, but the skiing up on the plateau is quite good!
This morning we headed up for a distance ski with some speeds. I was a bit too slow to get pictures of the boys, but Eric was nice enough to ski a couple backwards so he gets an action shot above. 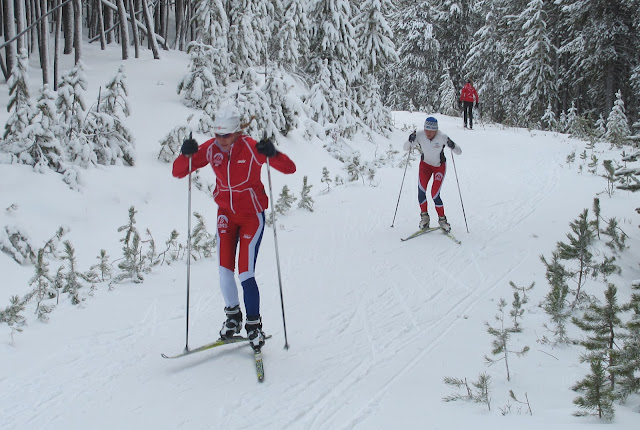 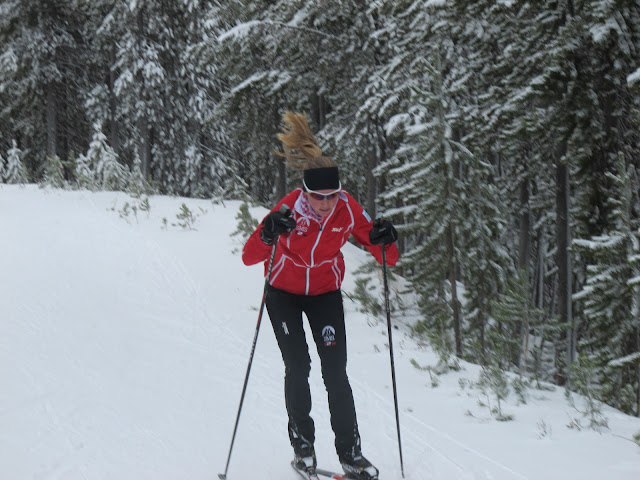 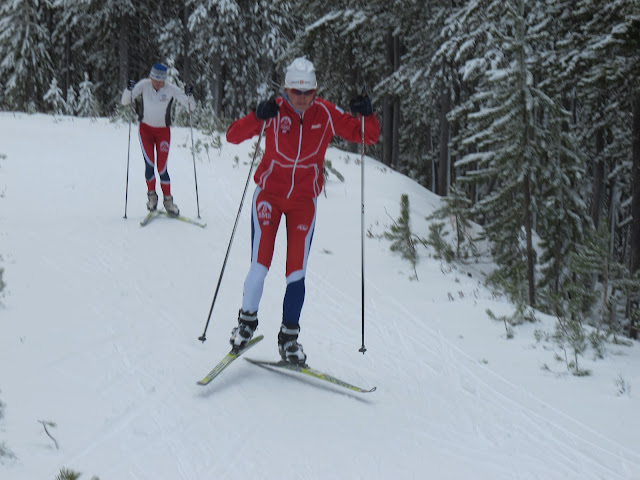 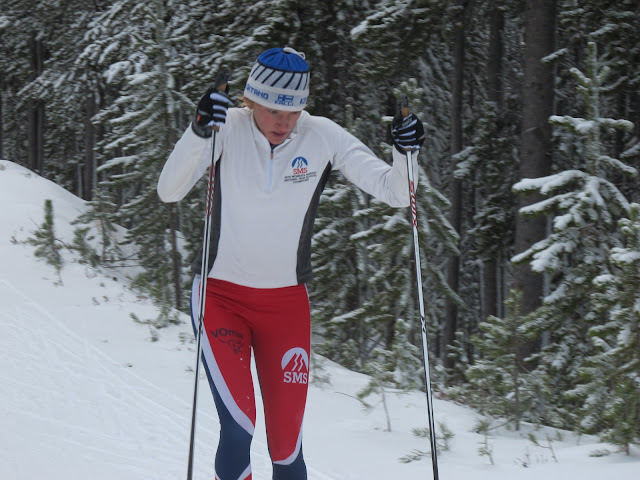 Izzy has joined the group for a couple of days until Dartmouth arrives. 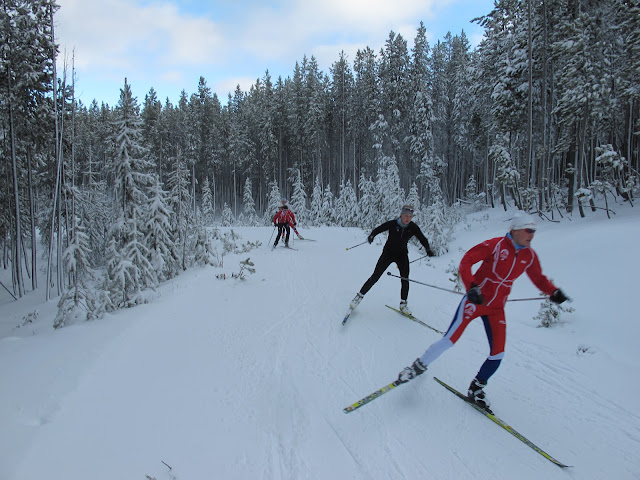 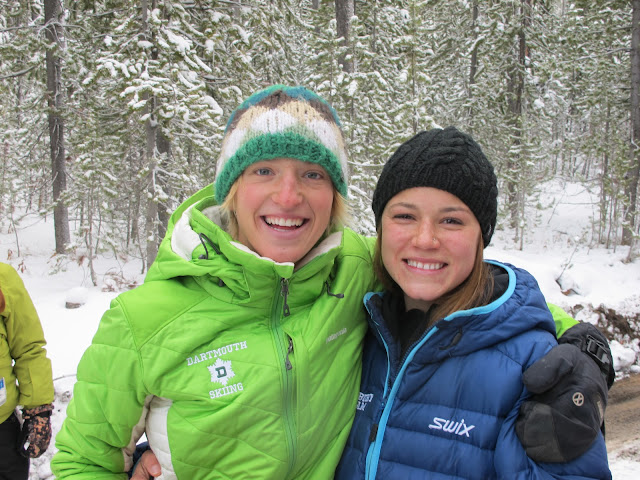 Middlebury is here with a full contingent including SMS alums Issy P (above), Hillary, Heather, Rachel and Austin Cobb. 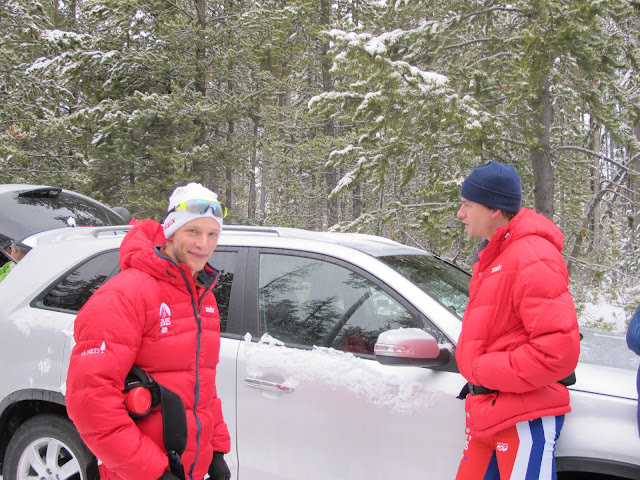 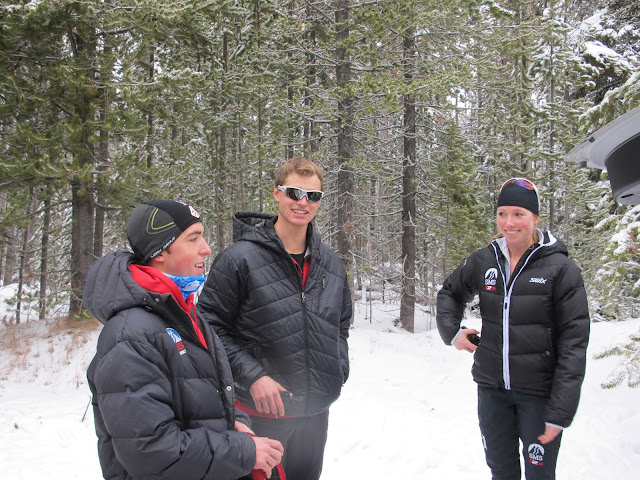 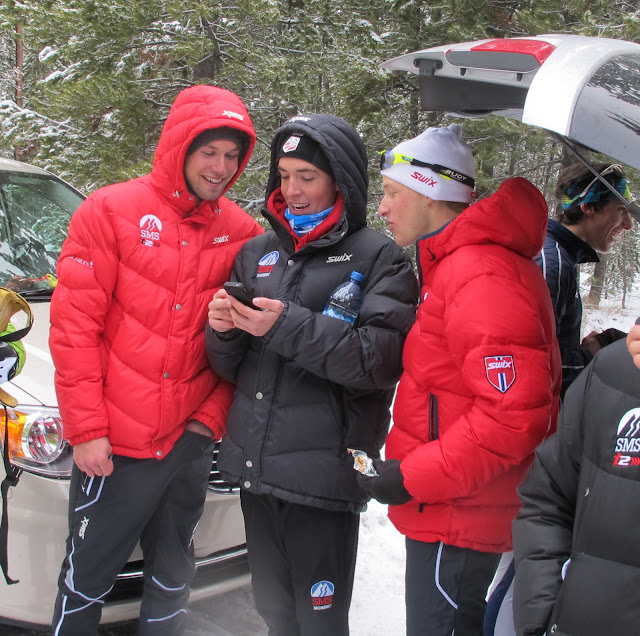 Paddy shows his video of “the take down”.

Everyone is in good spirits and doing well. We are waiting to see what the decision will be for the races that are scheduled for Friday and Saturday. The races will be used to fill up the US quota for the Canadian World Cup races so they are very important. While the skiing is good up on the plateau, the trail is an out and back and it is not very wide so races would have to be point to point and it will be hard to run sprint heats. Stay tuned for more information!