SEEFELD, Austria — Get up close and personal with three members of U.S. Nordic Combined and Canadian Wesley Savill as they share their first oh-so-cold experience with cryotherapy — essentially a cold sauna at temperatures around -110 degrees Celsius (-166 Fahrenheit) without the dangers of moisture, humidity and windchill.

“We’re about to get very, very cold,” Taylor Fletcher says to the camera.

“The science of it is a little shaky; we’re not sure it actually benefits you in any way,” Brett Denney adds. “But it’s more of a team-bonding thing, having a bunch of dudes naked together in a really cold room is gonna help morale a lot I think.”

For the record, they don’t actually get naked, and Denney wears a sweater.

“Cryotherapy has been around for a while, mostly in the form of ice baths and contrast baths, and this is the latest iteration,” reporter Fast Big Dog (FBD) explains. “The current scientific literature is still mixed on the benefits, though there is a lot of anecdotal evidence from athletes that it is beneficial in recovery.

“We all use ice baths and contrast baths, but this is the first time any of us have done cryo.  Lots of European special jumpers use it regularly, so we thought we’d give it a try.  Plus, there was a good looking girl at the front desk who kept undressing me with her eyes and I like that.”

The technician was a good sport and helps film while five of the guys try it out.

The session takes 10 minutes from start to finish, starting with 30 seconds in a -17 Celsius (1.4 Fahrenheit) “meat locker” pre-chamber, followed by a minute in -57 Celsius (-70 Fahrenheit), and finally, three minutes in -113 Celsius (171 Fahrenheit). Participants listen to music and are encouraged to move around.

“At the end of the day we all felt like the process mimicked the effects of a good contrast bath session,” FBD writes. “Anecdotally I had crashed in the morning ski at about 100 kph and my neck was all jacked up and after the cryo session I felt right as rain! I believe that the session may have also averted a traumatic brain injury as Billy D said I was totally out of it at lunch following my crash and by the afternoon not even a lawsuit could shut me up.”

So what’s all this for? The first Nordic Combined World Cup Triple, starting Friday, of course!

“This is a brand new event on the Nordic Combined World Cup circuit,” explains FBD. “This event is sort of like a pursuit that is based on three days of racing. The first day all competitors jump, then race a 5k. Based on these results, the field is cut to 50 athletes. The second day has one jump, followed by a 10k ski. Based on this results of this second day, the field is then cut to 30. On the final day, there are two jumps, which both count, then a 15k ski which is handicapped by the first 2 days time back as well: the first man across the line wins the overall. All three events are held in Seefeld, Austria.”

While the longer-term effects of their cryotherapy session are yet to be discovered, the 27-year-old Bryan Fletcher said, “I think I’m a hundred years younger.” 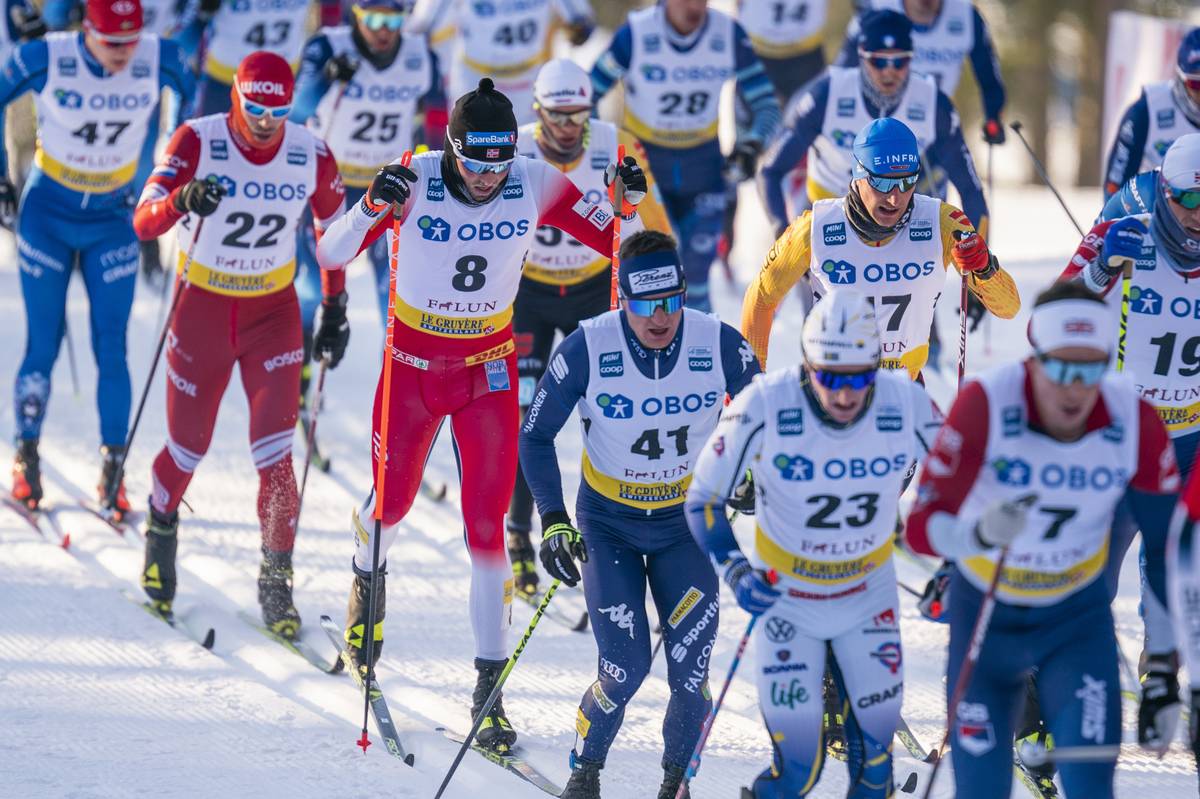