A quiet unassuming coach, Nick Mahood often flies under the radar as he coaches the Woodstock Nordic programs in Woodstock, VT.  Woodstock Nordic consists of two groups that covers K-12 grades;  Nordic Runners is the K-8 BKL program and then there is the High School team (9-12 grades).

Within the High School team program is the eastern cup team for those that want to expand their race opportunities beyond HS racing. As Nick explains, “We overlap our coaching staff when we can, especially at the Middle school/High School level, so some days I might work with a few middle school skiers.  We are unique in this set-up as it allows for a very seamless transition up through the age groups and especially for 8th grade athletes coming onto the High School team.”

Despite being relatively new programs, over the past couple of years athletes from these programs have qualified for Eastern HS Championships and Junior Nationals. This is no easy task for an athlete who resides in New England. While it is apparent that these programs are showing results with respect to performance, the one thing I heard over and over is that they are having fun. You will hear why this is so important for an athlete as you read Jordan Field’s account below.  Nick embodies all of the attributes a coach needs to be effective with athletes not only helping them improve in their sport, but also in their life.

Michele Fields has this to say about Nick…“Nick Mahood is the kind of coach who always has something positive to say. He is quiet by nature but determined to say and do just the right thing to help each and every one of his skiers reach his or her potential. His dedication knows no bounds from filming summer roller skiing, leading fall treks up mountains to a five-month season that sometimes finds him driving three hours to a race just to wax his racers skis to make them “just right” before heading back to his “real” job.

My sons Jordan and Zane Fields both reached their goals of making the New England JN team and then, eventually, becoming All Americans because of Nick Mahood. He met with them (and still does for Zane) at the end of each season to plan off-season training and to set goals for the next year, then he helped them every step of the way in getting there.  Along the way, he taught them how to accept the losses as well as the wins and to always move forward supporting their peers as well as themselves. Both Jordan and Zane have said to me separately that they see Nick not only as a coach, but as a mentor for life.  In his second year out of Nick’s program (now skiing for Williams College) Jordan still consults with Nick on a weekly basis throughout the season. In fact, he talks to him more than me, but I completely understand.  A plaque Jordan and his two fellow Woodstock Union High School and New England JN teammates (Jeff Tucker who now skis for Colby College and Joshua Bassette who skis for West Point Academy) had made as a parting gift for Nick summed it up well. It reads: Nick Mahood: Coach of a Lifetime. “

Justin Beckwith, GMVS Head coach, has worked with Nick in several ways. In the wax trailer the past several years they teamed up and contributed greatly to the New England JN team’s successes; Most recently, both played a part in launching the inaugural Vermont Co-op event series, along with Tim Weston and Cam MacKugler.

Justin shared this with NENSA; “Nick brings a passion to the table (and wax table) at every race and event.  He gives his time selflessly and supports his athletes with an enthusiasm as if he were the one competing — all while keeping it laid back and illustrating that the whole process is fun!”

“Nick spreads his passion for skiing to the entire team, and makes Nordic a challenge and an adventure,”  writes Carmen Bango another skier from the Woodstock Nordic program. “Nick works extremely hard to make the individual and team goals that we set at the beginning of the year a reality with long hikes, road trips, technique video, early-morning intervals, and by just believing in us. The Woodstock Nordic program has traveled so far under his leadership, and continues to grow and grow. Our whole team absolutely adores and respects Nick, and we all agree that one of the best parts about ski racing is seeing Nick’s big smile at the finish line. “

One of the neat things I encountered when talking to people about Nick Mahood, is that it didn’t matter if it was a coach, a parent, or an athlete sharing their encounters- they all were acutely aware of the insight he has for his athletes and what a positive, long lasting impression he makes on them.  Jordan Fields talks about his time spent learning the sport with Nick-

“My coaching experience with Nick began when I was just a Bill Koch skier. Nick and his wife Gretchen had recently taken the helm of the Woodstock Ski Runners Nordic program and I was a new skier, having made the switch from alpine racing after 5th grade after some coercion from my close friend and Colby skier Jeff Tucker.

We didn’t know much about training as elementary school skiers, what we did know though was that using the sand pits on the golf course as jumps was the best way to spend our practices. Nick won us over his first day at practice when, to our surprise, he followed us to the top of the in-run and launched off the jump right after us. The next time around he did a 360 off the jump. That was it. He had us. Hook, line and sinker.

Since those early days of my skiing career things have changed a lot. Training, rather than jumps, has obviously become the paramount focus and my attitude towards the sport has changed and grown. However, even as the focus became training hours and jumps became 6am gym sessions before school, Nick kept it fun. Having fun was always the most important thing and is still today for him and his athletes. As a sport where success at the highest level takes such dedication, drive and focus, the fun can often fade as more is asked of athletes. Nick recognizes this and does an incredible job of simultaneously developing a love for skiing and a desire for success.

He truly cares and is remarkably in tune with his athletes. After every race I would meet him at the finish and he would know exactly what to say, good race or bad. He knows how to build success upon successes and, more importantly, how to build success upon disappointments. As an athlete who often thinks a little too much, Nick was the perfect coach for me as a developing skier. He recognized this and somehow knew exactly how to help me move on past bad races and be confident going into my next start.

Growing up as a public high school skier it was intimidating for my teammates and I to race against the “ski school kids” and it was so easy to assume that they were somehow innately faster and stronger than us. Nick tore this idea down and told us it could be done, made us believe in ourselves and then was there to greet us at the finish line with a triumphant yell and raised arms when we did it. His enthusiasm matched or even out did our own; it was inspiring.

Nick is the kind of coach who transcends the tracks and trails. What I have learned from him is unquantifiable, both as a skier and a person. I am two years removed from Nick’s program now but I still talk to him all the time. The greatest part about Nick’s coaching is that it isn’t just an experience limited to your time as one of his athletes, but one that you’ll have forever, one that I hope to have for the rest of my life, as an athlete, a fellow skier, a person, and as a friend. “

Nick gives his personal account of what coaching means to him: “Two things stand out about coaching: One is, that my athletes have shown me anything is possible.  If you set a goal, train hard and train smart, you can achieve your goals no matter how out of reach they might seem.  The other is seeing my athletes truly develop a love of skiing and with that, the desire to keep the sport in their lives past High School.  Skiing has shaped my life with travel, amazing people, and life-long friends.  It is exciting to see my athletes begin their own journey guided by an incredible sport!”

From all of us at NENSA, Congratulations Nick, on an award well deserved! 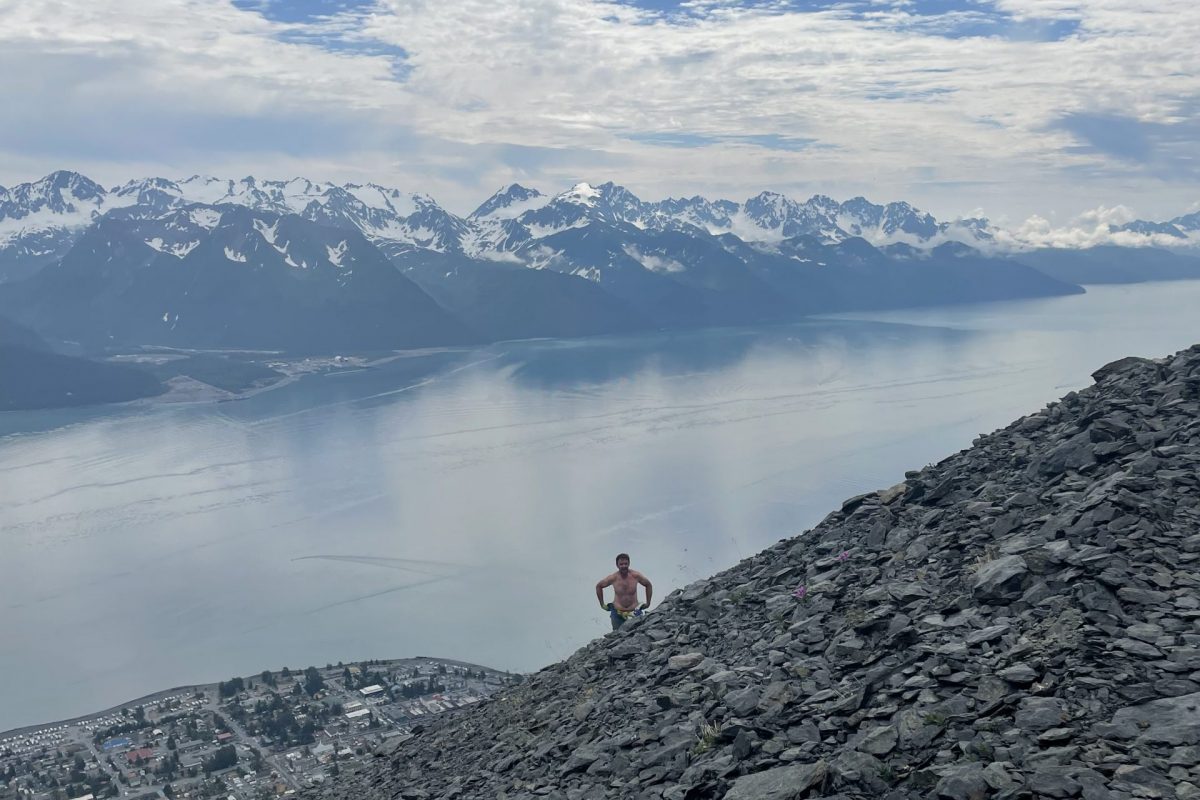 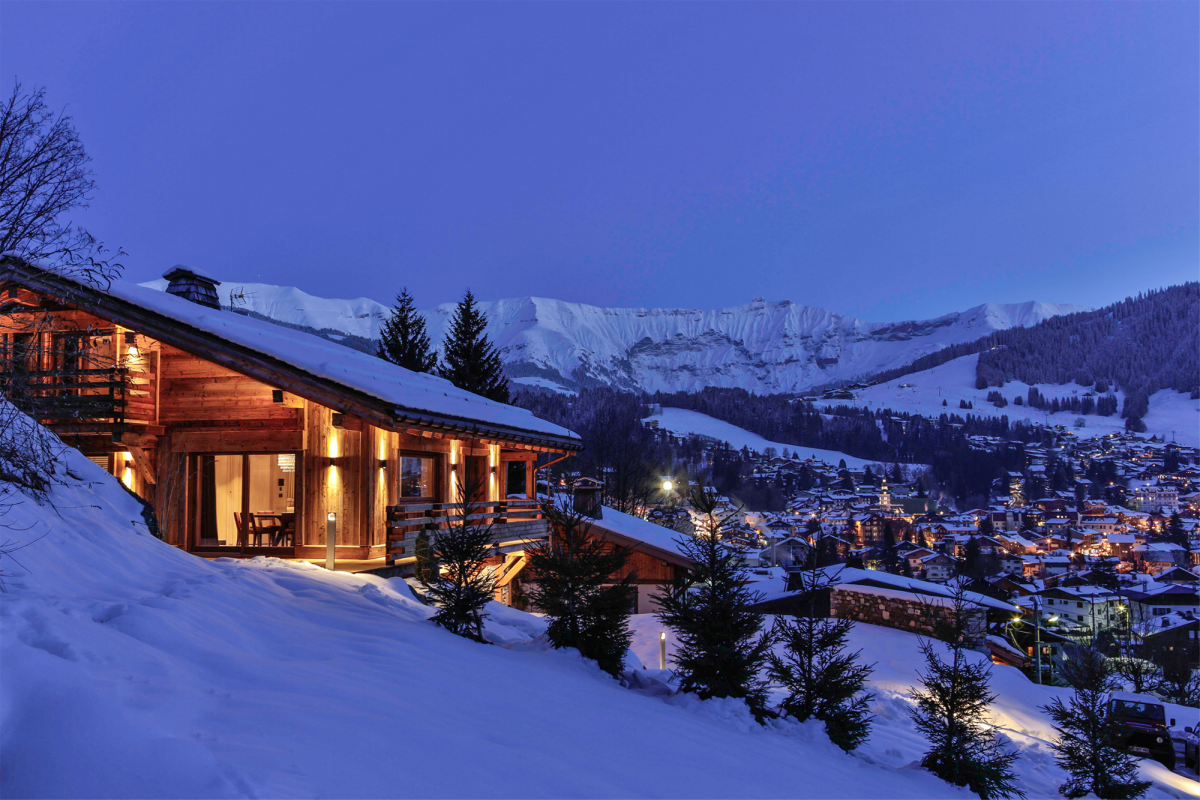