(Note: This article has been updated to include clarification from Sara Mae Berman on her results in the 1971 national 50-kilometer ski race in Putney, Vermont)

What did John Caldwell have to say after the U.S. women’s gold-medal performance on Wednesday at the 2018 Olympics? We asked Caldwell, a 1952 Olympian and one of the founders of the U.S. women’s cross-country program who coached the U.S. Ski Team through five Winter Olympics (1960, 1964, 1968, 1972, and 1984), and he wanted to take the opportunity to explain how the team came to be in order to give some perspective on how far it’s come. The following was written by Caldwell, 89, of Putney:

“It hasn’t been easy to get to where we are after today. Lots of the reports mention how many years it’s been, or that it’s been 564, 321 days (or something like that) etc., and they are all true. Better they knew a bit about the development and could write about that. So that’s what I intend to do here.

In the Oslo Olympic Games in 1952, the Finnish women ran the same course as the guys one day and their times beat our times. Of course we didn’t have a women’s team then.

I coached the FIS Team to Oslo in 1966 (Gallagher, Elliott, Gray, Damon and C Matis) and the manager, Bob Tucker, and I wanted to get females started skiing more in the US. So we met with a Swedish official named Inga Lowdin and she told us we should work to make sure people don’t think you need Amazons (females) to be good at xc. “I will send you some  “girls” that will help your development of xc.”

Tucker and I had to lock the big boss in a closet — well, almost — in order to get funding for airfares, something on the order of $3500. Three Swedes came over in 1967, including Toini Gustafsson and Barbro Martinsson, who both won gold medals at the Autrans OWG in 1968. They made their first stop in Putney and encouraged Martha Rockwell to race the next day, thus starting her international career.

A few years earlier Martha had led off for a team at the Putney Relays. Girls didn’t race then and so she was teamed up with two boys. She beat a couple of boys from a near-by prep school to the finish and one was seen shredding his skis afterwards on a handy fence.

Sometime in the late ’60s we ran a National 50k at Putney. Sara Mae Berman wanted to race, but no long races were run for the female sex. I entered her with the guys on a 5 x 10 k loop. She was quite far behind when she came by on her 4th lap and I stopped her for a moment or two, showed her our timing clock on a little stand, along with a pencil and paper, and told her to just time herself because I had to go inside and award prizes. She finished and I will wager her time is registered somewhere. We ran a tight ship in those days.

[Note: Berman wrote FasterSkier and sent a copy of results from that race, which was held in 1971, to clarify that at least one man finished behind her. Her husband Larry Berman explained in another email that her time was not originally listed, “but the timers recorded her and I wrote down her splits. At the end of 4 laps, there were 3 men behind her.”]

So our first ladies international team didn’t materialize until 1970 when we sent them to the FIS World Championships in Vsyoke Tatry in Czechoslovakia.

All along the way in these years there was precious little club skiing. Almost all of it happened in secondary schools and colleges. Divisional committees dictated races to fit the school and college schedules. Year-round XC training was a rarity, mainly due to the fact there were few year-round coaches available. So as a nation, we floundered. The transition to club skiing was slow and I hesitate to try and explain it or point to significant events, but thank goodness, it happened.  Now we are fairly well set up with a pretty good club system. The secondary schools are feeding some clubs and a lot of colleges, the colleges are doing a good job of developing skiers with their four-year programs and they help feed the clubs with good seniors. The clubs also help feed the colleges with good skiers from their junior ranks.” 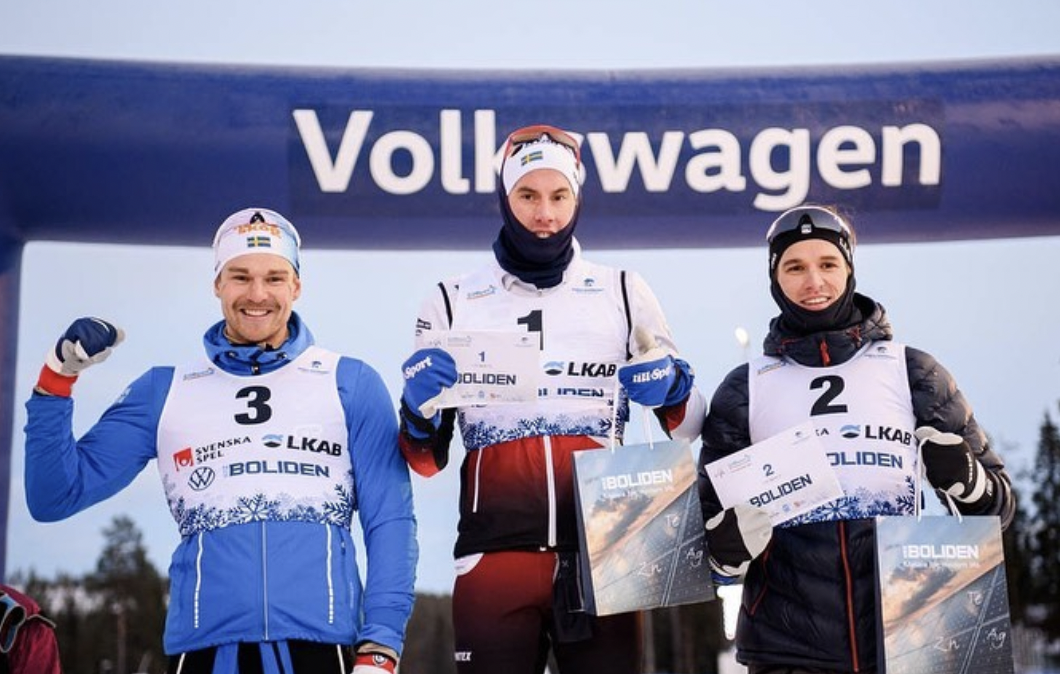 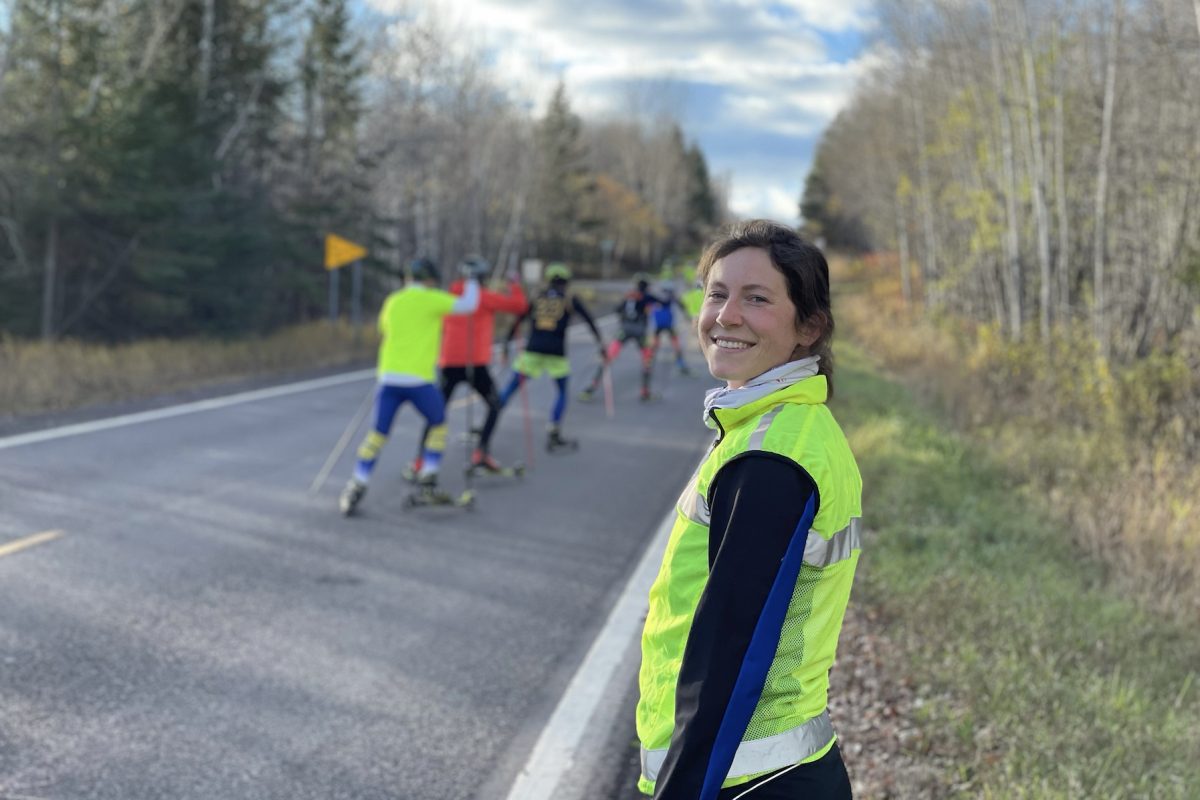 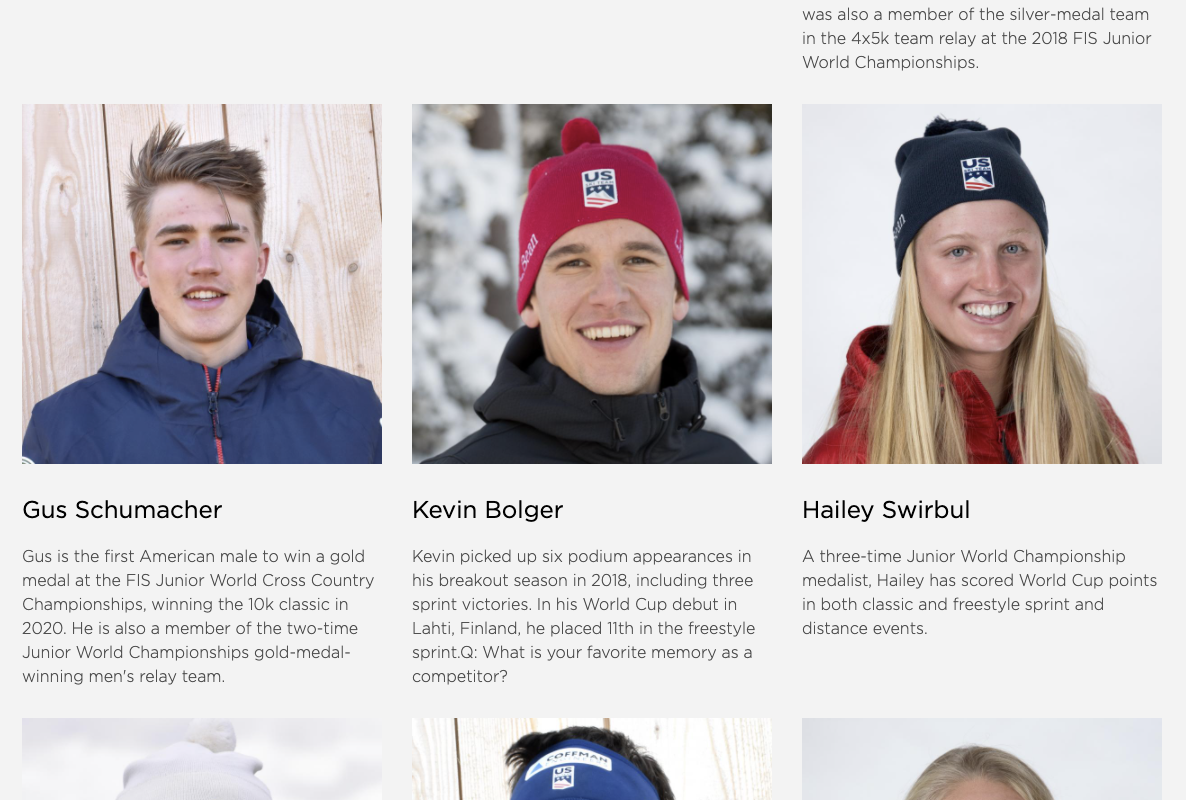