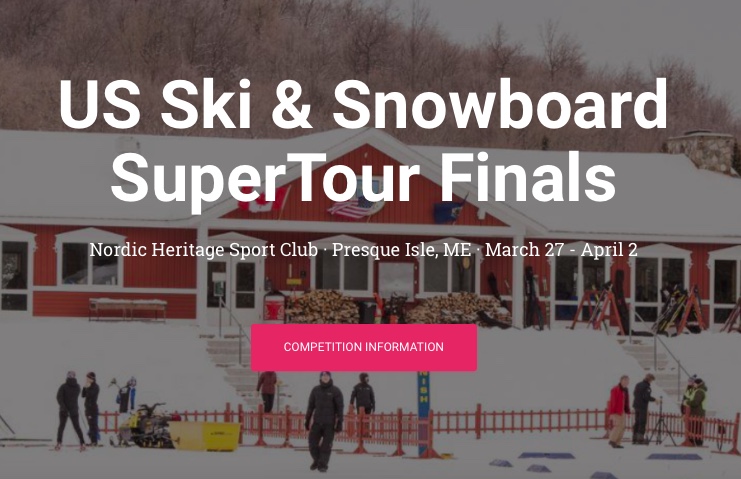 Tuesday marked the last day of SuperTour Finals and with it, the women raced a 30-kilometer mass start freestyle. Sadie Bjornsen (APU/USST) won in 1:21:29.4. Bjornsen was the pacesetter for much of the day. By the 10 k checkpoint, the potential podium challengers had been winnowed down to Bjornsen, Rosie Brennan (APU), Julia Kern (SMS T2/USST), Jessica Yeaton (APU), Katherine Stewart-Jones (NTDC Thunder Bay), Sophie Caldwell (SMS T2/USST), and Caitlin Patterson (CGRP). Rosie Frankowski (APU), who had been skiing with the front group, dropped off the pace to come through nearly 12 seconds back.

Bjornsen and Brennan turned the effort up, further breaking apart the select pack. At 25 k, The two APU skiers had gapped Kern by 13.2 seconds and Yeaton, now in fourth, by 20.9 seconds.

Bjornsen’s win came 33.9 seconds ahead of Brennan in second place. Kern placed third in a time of 1:22:42.2 to round out the podium.

It became a two skier race in the men’s 50 k mass start skate with 10 k remaining. David Norris (APU) and Erik Bjornsen (USST/APU) pulled through the 40 k mark with a 32.7 second lead on Simi Hamilton (USST/SMS T2) in third. At this point, Scott Patterson (USST/APU) came through in fourth, 49.6 seconds behind, and full-time biathlete Jake Brown (CGRP) in fifth (+1:07.3). 1xbet Casa de apuestas

Bjornsen and Norris went unchallenged to the finish with Bjornsen making the winning move to put 9.5 seconds on Norris by the finish. Bjornsen won in 2:13:23.5, with Norris in second, and Hamilton third in a time of 2:14:45.7.