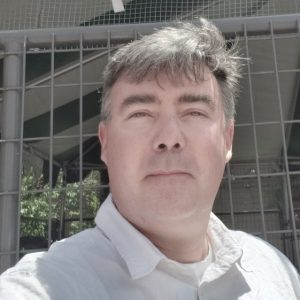 Hall, who has held a half-time racing support position for the thirteen years moves to a full time  role with a continued presence at races as well as grassroots support for marketing and outreach initiatives within the Fischer and One Way brands.

Hall has an extensive background in ski selection and race service, having worked for the US Nordic Team six years prior to domestic Fischer focused ski service work.  He led the US service team at the 2005 and 2003 World Championships, the 2006 Olympics as well as World Cup events for four years totally more than fifty. Since 2006, Hall has directed the U.S. Fischer program organizing athlete relationships and race service.

“Chris has been invaluable to Fischer since joining the brand,” described Marketing Manager, Brian Landrigan. “We’re thrilled to see his position evolve and to add further support to our presence as the market leader in nordic skiing.”

Hall’s schedule will remain focused on key domestic events, including but not limited to U.S. Nationals, the American Birkebeiner, Junior Nationals and key Super Tour races.

From his home in Sun Valley Idaho, Hall commented about his new position:  “I am very excited to continue my role with Fischer and look forward to evolving into this full time support position.”

Hall will continue to reside in Sun Valley.

From World Cups to Triathlons: Kris Freeman's Diabetes Management and Pushing the Envelope

Advocacy for Athletes: Hoffman and Koehler Share a Look Into Global Athlete