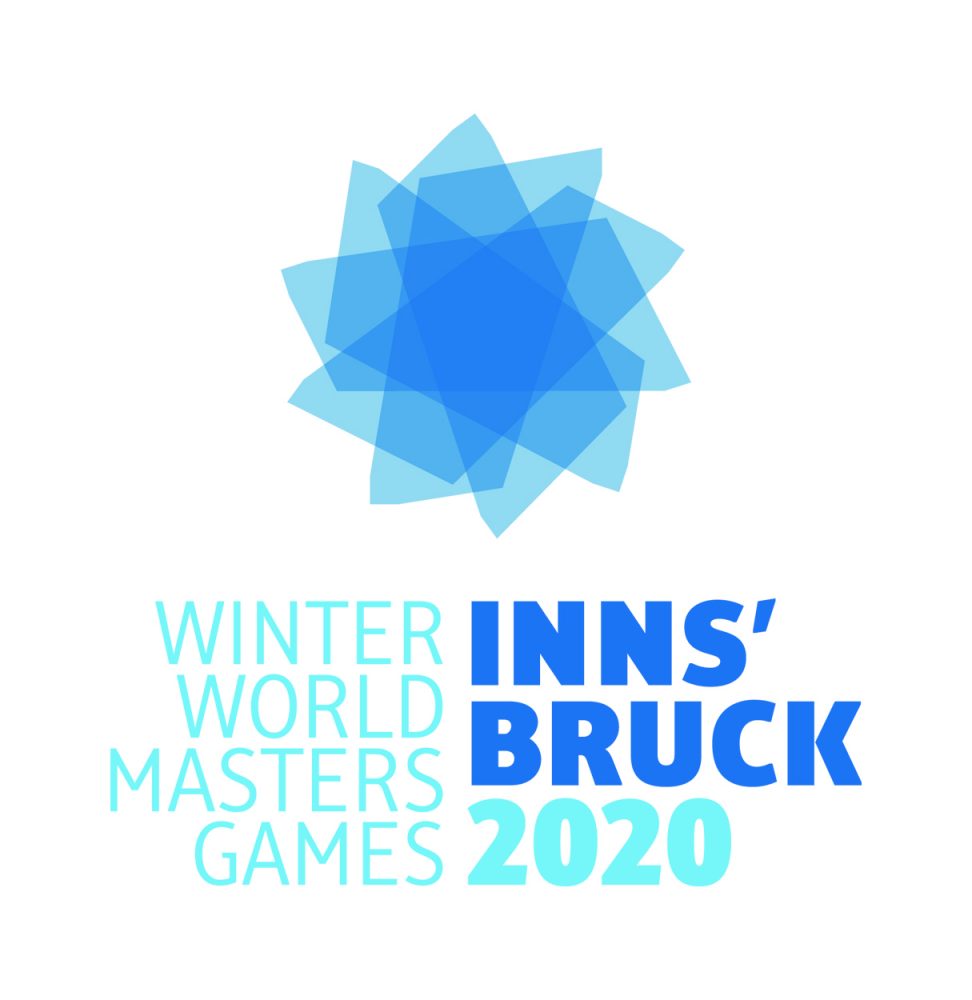 Innsbruck, Austria has a long history of hosting big winter sports events. It is the self-proclaimed “Capital of the Alps,” and is truly one of the most memorable winter sports venues in the world. Innsbruck hosted the Olympic Games in 1964 and 1976. The annual Four Hills ski jumping tournament attracts 30,000 spectators to the iconic Bergisel jump that overlooks the university town of about 120,000 residents. In 2019, the Nordic World Championships were hosted in Seefeld, a short 30 minute train ride from Innsbruck.

This winter, Innsbruck and Seefeld build on their long winter sports tradition and host the Winter World Masters Games from January 11 – 19, 2020. The World Masters Games were founded in 1985 to bring athletes over age 30, of any ability, together to compete internationally. In contrast to the Cross Country Masters World Cup, which hosts events annually, the Winter World Masters Games (WWMG) are only held every five years and bring together athletes from 12 different winter sports, not just cross country. The WWMG are also recognized by the International Olympic Committee, which seeks to support the Olympic Charter that “the practice of sport is a human right.”

We sat down with Florian Kotlaba, WWMG Event Director, and Moritz Lange, WWMG Seefeld Operations Director, to learn more about the event. Kotlaba spent 13 years as Ski Jumping Team Manager for the Austrian Ski Federation. Lange led the event production team for the 2019 Nordic World Championships. They now focus their energy on delivering the best possible experience for the 2020 World Winter Masters Games.

You must be catching your breath after last winter’s World Championships in Seefeld. What’s your assessment of the championships?

Moritz Lange: Beyond the disappointment of the Austrian athletes caught doping, the event itself went off even better than we had expected. The deep snow base and blue skies played into our favor, showcasing the best of Seefeld and the world-class ski trails.

Florian Kotlaba: I was impressed to see so many smiles, even at the end of two weeks of racing, from athletes, fans and volunteers. To me, this is a great indicator of a successful event.

You work for an organization called Innsbruck Tirol Sports. What is it and what is your role in the Winter World Masters Games?

FK: Innsbruck Tirol Sports (ITS) was founded to run the 2012 Youth Olympic Games (YOG) in Innsbruck. As a legacy from the YOG, the company was kept intact to maintain the learnings from the event and use that knowledge to host other world class events in Innsbruck. In 2016, the ITS hosted the International Children’s Games and focused on growing its event portfolio. Of course, the 2020 Winter World Masters Games helps round out Innsbruck’s Olympic legacy for all ages, which began with the Winter Olympics in 1964 and 1976.

ML: As our organization has grown, ITS also added major cycling events in the summer. The Crankworks Bike Festival brings the world’s best mountain bikers to Innsbruck. Last summer’s UCI World Road Bike Championships were perhaps the biggest event ITS has hosted.

Tell me about the Winter World Masters Games…

FK: The WWMG is now in its third edition. It started in Bled, Slovenia in 2010 and Quebec, Canada in 2015. Prior to Slovenia, the World Masters Games only focused on summer sports, which began in 1985. The World Masters Games takes a “sports for all” approach. Anyone can participate from many nations and sports, regardless of ability. You simply need to be over 30 years old to compete.

We communicate our event as “World’s Greatest Winter Sport Festival for 30+ Year Olds.” This is not just marketing. We say “Winter Festival,” because although sports are the main focus, there are many other activities in Innsbruck and Seefeld during that week. The opening ceremonies in Innsbruck aim to spotlight Tyrolean culture and hospitality. The whole week is all about celebrating sport, winter, meeting new people and sharing cultures. The WWMG will draw over 3,000 participants–that’s more athletes than the Olympic Games. (The 2018 Pyeongchang‎ Olympics had 2,922 participants)

How is the WWMG different from the Master’s World Cup?

ML: The biggest difference is the connection to other sports. The Masters World Cup and World Winter Masters Games are both one week, but at the WWMG, you have all the winter sports in one event. The Masters World Cup focuses on cross country ski racing and is organized by the World Masters Cross Country Ski Association and happens annually. The WWMG only takes place every five years.

Innsbruck has a number of legacy venues from its Olympic history. What venues are you using for the WWMG?

FK: Similar to the Games, we will have several clusters featuring world-class venues: Seefeld, Innsbruck and Patscherkofel.

Innsbruck will host the ice sports, figure skating, ice hockey, speed skating and short track, at the Olympiaworld Complex. Besides being an Olympic venue, Olympiaworld has hosted Ice Hockey and Climbing World Championships.

The Patscherkofel ski slopes will be used for the alpine and ski mountaineering events. Patscherkofel is perhaps best known as the slope where Austrian Franz Klammer took a wild ride to win the gold medal at the 1976 Games.

Innsbruck’s venues have been recently renovated and were used for their 2026 Olympic bid, but a public referendum did not pass to submit the bid. Fortunately for the WWMG, the venues are all Olympic caliber, including the Seefeld trails, renovated for last year’s world championships.

Will you be using the same cross country courses from Seefeld 2019?

ML: Many of the trails will be the same, but considering there won’t be 200,000 spectators, the stadium will be different. It will actually finish at the base of the ski jumps and biathlon range. The courses will also be adapted, so that the climbs are a little easier and descents are a little safer than they were for the championships. Still, the grooming and event team will be the same, so participants should expect world-class conditions.

The Seefeld Ski Club will be responsible for the running the cross country events. They are the same club responsible for hosting the Nordic World Championships and annual Nordic Combined World Cup competitions. They take pride in sharing the best their ski area has to offer. As an additional precaution, the club will have their snow making system set up to build a base. Skiing in Seefeld typically starts in early November.

Rumor has it, the biathlon event sold out in minutes. Is that true?

ML: Twice actually. We originally had 100 biathlon starts, given shooting range limitations. Those spots sold out immediately, so we rearranged the schedule to offer another 100 starts. Again, the additional 100 slots sold out within minutes.

Is there a possibility that cross country will sell out?

ML: For biathlon, our limitation was really the shooting range. There are cross country marathons with over 10,000 starters, so we hope to include anyone who wants to join. Our aim is to hold a world class event for everyone who hopes to participate.

We are scheduling the events so that you can watch other events like ski jumping and biathlon as soon as cross country racers finish.

What are the cross country events? When will the schedule be released?

FK: We are just under six months from the start of the competitions. The schedule will be released in the coming days. Check out Innsbruck2020.com for details.

For now, we know that there will be six individual cross country events: short (7.5 km), medium (15 km) and long (30 km) for classic and skate, plus the relay. Older age categories are slightly shorter. Similar to the Masters World Cup, participants can register once and ski in up to three individual events and the relay.

The relay does not focus on countries, so skiers can make multi-nation teams. Age categories are based on total age of the participants, so you can compete with different age skiers.

Non-athletes and companions can also register for the events and participate in the ceremonies, even if they are not competing.

ML: In case four events at the WWMG is not enough, the Kaiser Maximilian Lauf 60 km classic marathon is part of the Visma Ski Classics series and takes place in Seefeld on Saturday, January 11 — the day before the competitions start.

Anything else we should know?

FK: The competitions are just a part of the event. From the Opening- to the Closing Ceremonies, the WWMG will be a festive week, highlighting the best of Tyrol. The Masters Village, as a main meeting point, will feature live music and some special Tyrolean cultural acts. It is located in Innsbruck’s picturesque old-town, surrounded by the small huts used for the annual Christmas Markets serving mulled wine, beer, sausage and other Austrian specialties. We look forward to hosting the Winter World Masters Games and showcasing our venues and hospitality. Hopefully, you can come experience the Games.

Garrott competed in the 2010 Olympic Games and raced several years with the US Ski Team. He is the founder of Lumi Experiences, specializing in cross-country ski vacations. Lumi Experiences is offering a trip to the 2020 Winter World Masters Games, including lodging at the race trails in Seefeld, transportation, most meals, race waxing, non-race cultural activities and team camaraderie, led by a local Tyrolean trip leader. Visit www.lumiexperiences.com to learn more and join the trip.