This June we had our first ski picking trip of the summer. It was a little early for us, as Adam is still in mountain bike mode and I am enjoying some roller skiing. But traveling for ski picking requires going to look at the most skis possible whenever they become available. Fischer had good early production so we got an early start to our picking. Don’t worry if you are a Fischer skier and stressing you didn’t get on our pick list in-time. We have another few picking trips scheduled later this summer and early fall. Next trip is a little over a week from now and we are going to Norway and Austria to visit Madshus, Atomic, Salomon, and Fischer.  Sign up here to be added to our pick list: https://www.pioneermidwest.com/services-125806/ski-request/

Fischer has a new graphic design year for 2019/2020. I would say Fischer has the most consistent release of new skis… every two years they come out with fresh stuff. Below I will touch on some of the new changes. 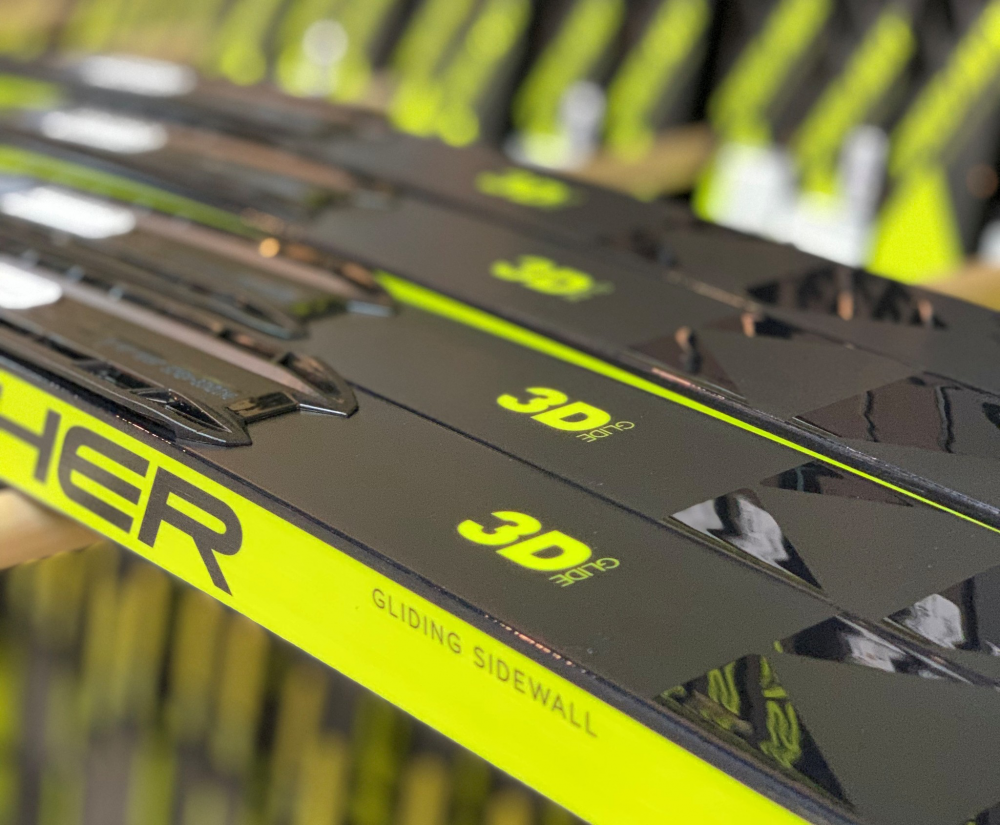 Benefits: The benefits of a gliding sidewall seem to be most pronounced in soft/wet snow when the sidewall is coming in contact with snow/suction. Also, classic skiing in a track results in bumping into the side of the track at times so the benefit for classic skiing seems to be quite high.

Testing: We received a dozen pairs of 3D skis near the beginning of February last winter. Of course, we flex tested, mounted up, demoed and sold a few pairs. The consensus was these skis are fast. They have a lighter swing weight compared to last years Speedmax, the flex looks as consistent and smooth as ever from Fischer and they retain that “Fischer” underfoot feel. A few of our customers with the new 3D skis ended up using them in race situations right away. Our flex testing also revealed there is still a lot of camber action variation from pair to pair even within a similar batch. This is a good thing as it allows for us to select cambers from a broad spectrum to match up to the characteristics our customers give us whether it be warm, cold, soft, firm, transitional, stability or just universal speed.

The last noteworthy detail on eliminating the filler material is a weight savings. On skate skis, we are seeing a 4-5% decrease in weight and in classic skis we are seeing a 3-4% decrease. This is noticeable when skiing. The skate skis are especially nice with an easier return underfoot as swing weight is a bigger impact in skating vs classic skiing.

Another great benefit of cold base bonding is the base material is unaltered by the heat and pressure of the manufacture pressing process. This uncompressed and non-heat calloused base material can absorb more wax and it is also much faster in warmer conditions.

Base Material: Cold vs Plus vs C-Special