PARK CITY, Utah (June 15, 2020) – USA Nordic has hired Chris Gilbertson as the head ski jumping coach for the men’s nordic combined team. Gilbertson spent 17 years coaching for the Steamboat Springs Winter Sports Club as well as the US Ski Team, where he led his athletes to five World Championship medals and four historic Olympic medals. Gilbertson returns to the sport after a seven year hiatus.

Gilbertson will team up with head coach Nick Hendrickson to lead the men’s nordic combined team. “I’ve known Chris for quite awhile and we were able to work together when I was on the national team. Now with a slightly different dynamic, we are both looking forward to working together as coaches,” says Hendrickson.

While the sport has changed since Gilbertson last coached, he’s not worried about that, “I might be naive, but I still believe the basics are the basics.” What Gilbertson brings to the table is experience coaching a team of champions. “He knows what it takes to win,” says Hendrickson.

Taylor Fletcher is the one remaining athlete from the 2013 team that Gilbertson coached. “I need to find out what they know about their sport and then also find out what I might have missed in the last seven years. With this new group, I look forward to creating trust and belief.” Gilbertson continues. “I’m really looking forward to working with all these guys, I see a ton of potential for them to improve on both the jump hill and cross country side.”

Newly named sport director Jed Hinkley sees this hire as a great fit, “Chris is not afraid to share his opinion, which I value, and I know nobody will work harder to help us achieve our goals in athletics and as an organization.”

When asked about his goals with this new team, Gilbertson says, “Number one goal is to get these guys to make qualification automatic. Worrying about making the cut every weekend is no way to get better. Then the goal is to get top 20, then top 10, then medals.” 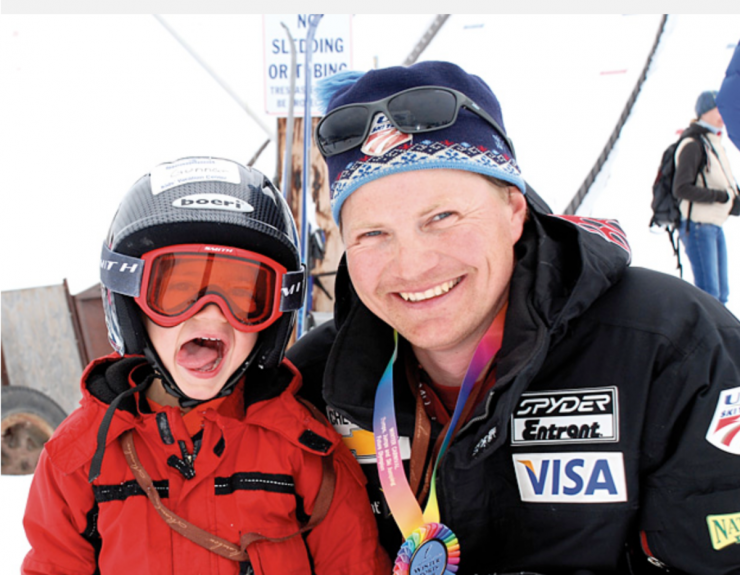