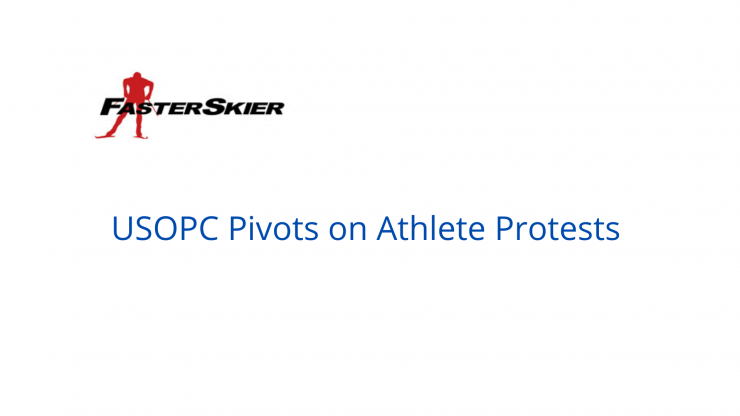 This story has been updated to include the Thomas Bach’s statement made on 6-10-20 regarding athete protests. Bach is the President of the IOC.

Since the video of George Floyd’s killing was released, pent up frustration has emerged on the streets, social media, and amongst the influential athlete rank and file. Many have called for change.

“Today, I am creating an athlete-led group to challenge the rules and systems in our own organization that creates barriers to progress, including your right to protest. We will also advocate for change globally,” wrote Sarah Hirshland, CEO of the U.S. Olympic & Paralympic Committee.

Hirshland’s reference to “change globally” brings to light the International Olympic Committee’s (IOC) Rule 50. Rendered down to its basics, Rule 50 aims to depoliticize the Olympic movement. The rule effectively bans athletes from using their Olympic moment to advance a political agenda. The most iconic example of athlete protests remains Tommie Smith and John Carlos of the U.S. who won the gold and bronze, respectively, at the 1968 Mexico City Summer Games in the 200 meter sprint. Each athlete raised an arm with a gloved clenched fist in a black power salute as the flags were raised. Smith and Carlos were sent home for their anti-racism protest. (NPR’s Code Switch produced a story on the fiftieth anniversary of the protest.)

Hirshland’s pivot amidst the current protests comes in opposition to a decision made by the USPOC 10 months ago. Then, hammer thrower Gwen Berry and fencer Race Imboden were disciplined for political protests at the 2019 Pan American Games. There, Berry raised a fist on the podium, while Imboden took a single knee during his award ceremony. Both protested pervasive inequalities in the U.S. The USPOC placed both athletes on 12 months of probation.

However, it was reported by the The Telegraph on Tuesday that the IOC intends to enforce Rule 50 at the 2021 Tokyo Games. According to Rule 50, violations will be considered “on a case-by-case basis as necessary.”

The IOC’s Rule 50 guidelines were updated this winter by the IOC’s Athletes’ Commission prior to the original start of the Tokyo Olympics. According to the guidelines they “have been developed with the aim that each and every one of you can enjoy the experience of the Olympic Games without any divisive disruption.”

In a document titled Rule 50 of the Olympic Charter: What you need to know as an athlete, the IOC lists the following four “main goals”.

• Second, to prevent the over-commercialisation of the Games and to keep the Olympic venues – (i.e. the field of play) free from advertising. This is known as the “clean venue” policy.

• Third, to prevent the Games from being used as a platform for protests, demonstrations or the promotion of political, religious or racial propaganda.

• Fourth, to define the rules for manufacturers’ identifications and other identifying features on sports uniforms and equipment, to prevent unauthorised commercial, political, religious or racial propaganda.

On Wednesday June 10, Thomas Bach, President of the IOC, indictaed the IOC might be open to modifying how Rule 50 is interpreted.

“The IOC Executive Board supports the initiative of the IOC Athletes’ Commission to explore different ways of how Olympic athletes can express their support for the principles enshrined in the Olympic charter, including at the time of the Olympic Games, and respecting the Olympic spirit, ” Bach said. “The framework has been set and now let the Athletes’ Commission and the athletes discuss amongst themselves and come up with the relevant proposals.”

David Norris: On the Hunt