A career ended prematurely, for no reason.

During the 2014 Winter Olympics in Sochi, Russia, German biathlete Evi Sachenbacher failed a doping test. Although the ensuing ban was subsequently reduced from two years to six months, it effectively ended her career.

New information seems to confirm that Sachenbacher’s positive drugs test at the 2014 Winter Olympics in Sochi had nothing to do with deliberate doping. Rather, she was used as a sacrificial pawn by Russian doping authorities, according to an article on rtl.de. 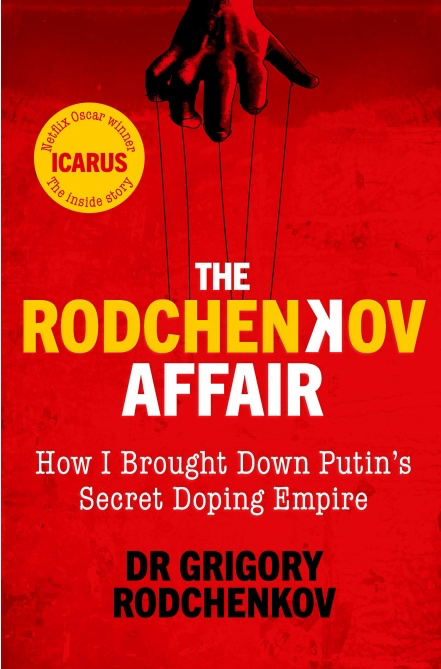 In his recently published autobiography, doping meister turned whistleblower Grigory Rodchenkov wrote that with no positive doping tests in the first week of the Sochi Olympics, the Russian doping machine needed to expose someone in order to prove that they were doing good work.

From 2006 to 2015, Rodchenkov headed Russia’s Anti-Doping Center, the only laboratory in Russia accredited by the World Anti Doping Agency (WADA). At the 2014 Winter Olympics, Rodchenkov managed the anti-doping testing. While he concocted a recipe of three banned substances to administer to Russian athletes, he and others developed a sophisticated system to replace Russian athletes’ drug-contaminated urine samples with clean samples.

The July 25 issue of The Daily Mail published extensive excerpts from The Rodchenkov Affair, Rodchenkov’s new tell-all detailing his decades-long involvement with the Russian doping system both as an athlete and an administrator. Rodchenkov was initially exposed to doping as a college distance runner, taking steroids. While a successful collegiate runner – with chemical help – Rodchenkov didn’t turn into an elite athlete. His “enhanced” college running success did spur his study of chemistry.

In November 2015, WADA identified Rodchenkov as the ringmaster in the Sochi doping scandal. He was compelled to resign. Within days, fearing for his life, Rodchenkov left Russia for the United States. His paranoia may not have been irrational, as two other officials died suddenly in February 2016. In May 2016, Rodchenkov gave an extensive interview to the New York Times about the rigged testing process in Sochi.

This brings us back to Sachenbacher, the German biathlete who tested positive in Sochi. In one of her two urine samples Sachenbacher submitted during the Olympics, the testing lab claimed it discovered traces of the banned substance methylhexanamine.

Developed by Eli Lilly & Co in 1948, methylhexanamine was marketed as a nasal decongestant. Although it was withdrawn from sales in the 1970s, methylhexanamine began appearing as an ingredient in various dietary supplements in the early 2000s. Supplements incorporating this drug are generally promoted as fat loss products or for extra energy during workouts.

In his book, Rodchenkov asserted that methylhexanamine “usually occurred in huge concentrations.”

Rodchenkov also characterized Sachenbacher’s result as a “borderline case,” adding “If I had already logged five real violations, I might not have reported her. But we needed blood. She became withdrawn from circulation and the punishment did not really match the violation.”

When she learned of the positive finding, Sachenbacher protested, saying that she must have unknowingly ingested it in a tea powder. In the summer of 2014, she received a two-year competition ban.

Sachenbacher appealed to the Court of Arbitration for Sport (CAS), which determined that she didn’t deliberately ingest methylhexanamine. Her ban was commuted to six months from the date of the test

The Munich, Germany, public prosecutor’s office investigated Sachenbacher following the Olympics. According to Der Spiegel, the prosecutor later deemed that Sachenbacher hadn’t actually taken the drug “because the active ingredient content is too low.”

After the CAS ruling, Sachenbacher was allowed to immediately resume training and competition. However, the positive finding and subsequent battle to clear her name exhausted her, and she opted to retire.