2020 has been rough for many of us, at least for those readers who are fans of some or all of civil political discourse, summer training without choking wildfire smoke, or life unhaunted by the specter of a global pandemic. Against a steady drumbeat of bad news, here is some good news: Early-season ski conditions have been favorable in much of the country. Please enjoy this unscientific social media roundup of October and November skiing, roughly arranged from west to east.

Birch Hill ski area, in Fairbanks: Grooming began October 20, and is ongoing. (It was -22° F in Fairbanks on Monday morning, so the snow should stick around.) October snow in Fairbanks is historically unremarkable, so the locals seem to be doing more skiing than posting about skiing, but here’s a recent photo: 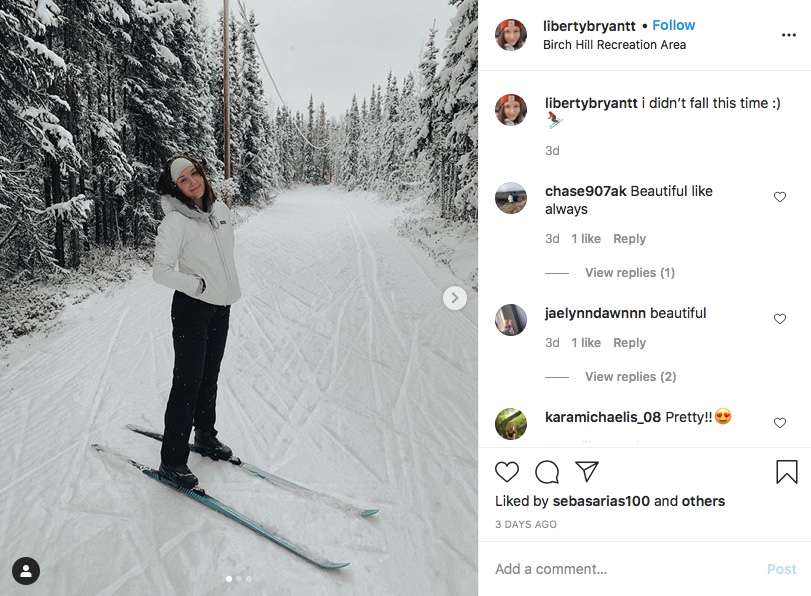 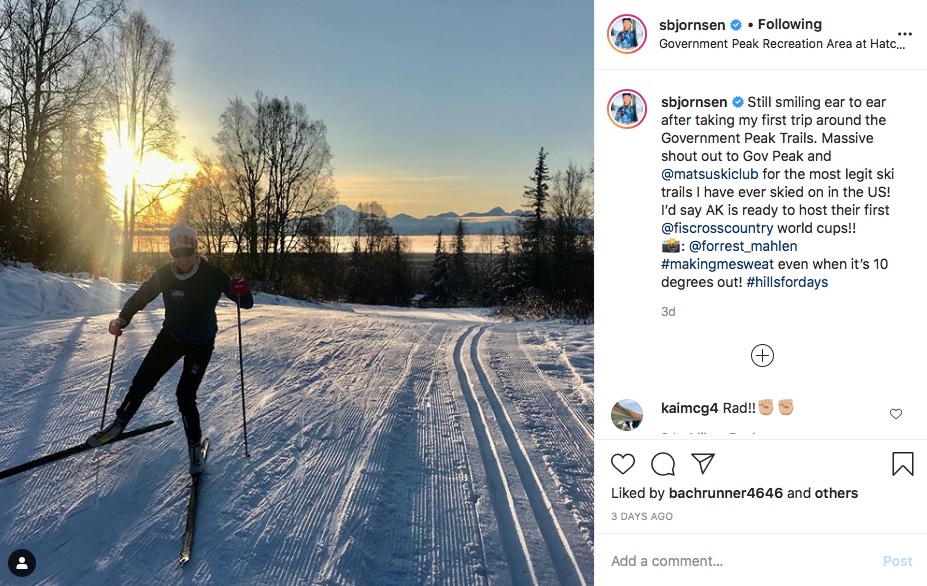 Powerline Pass, at 2,200′ in the Chugach Mountains at the eastern edge of Anchorage (here’s a better shot of skier-set classic tracks, courtesy of Becca Rorabaugh): 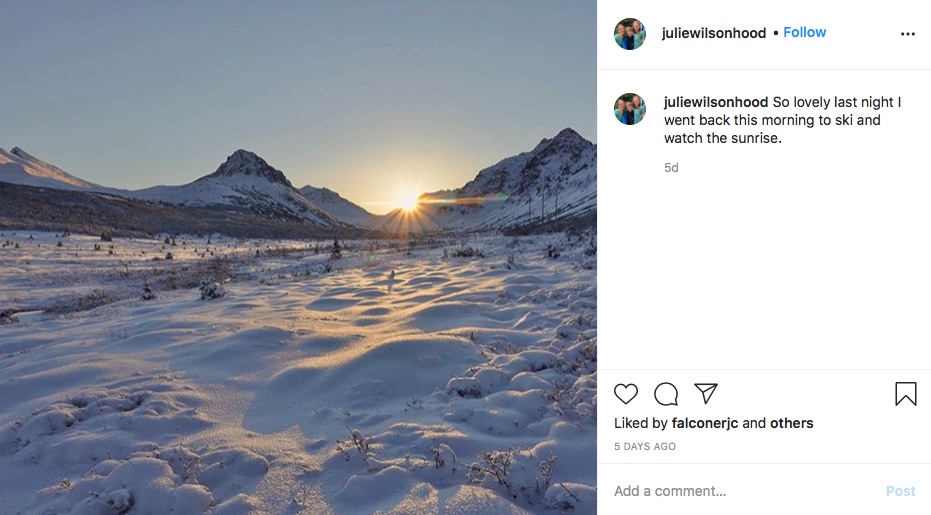 (Anchorage sea-level trails: Hillside is thin and rough, but technically skiable, and becoming less rough daily as groomers continue to drag and work over the snowpack. Kincaid, which has entirely bare ground just a few miles to the west, has snowmaking equipment in position, and began making snow on November 2. No trails open yet as of Wednesday. It takes “20-25 days” to complete snowmaking, according to the Nordic Skiing Association of Anchorage.)

Whitehorse: Reader Perry Hynes reports (thanks!) that “After record snowfalls in late October and early November the ski trails at Whitehorse Cross Country Ski Club in Whitehorse, Yukon have fantastic conditions.” This, from Wednesday of this week, looks enviable: 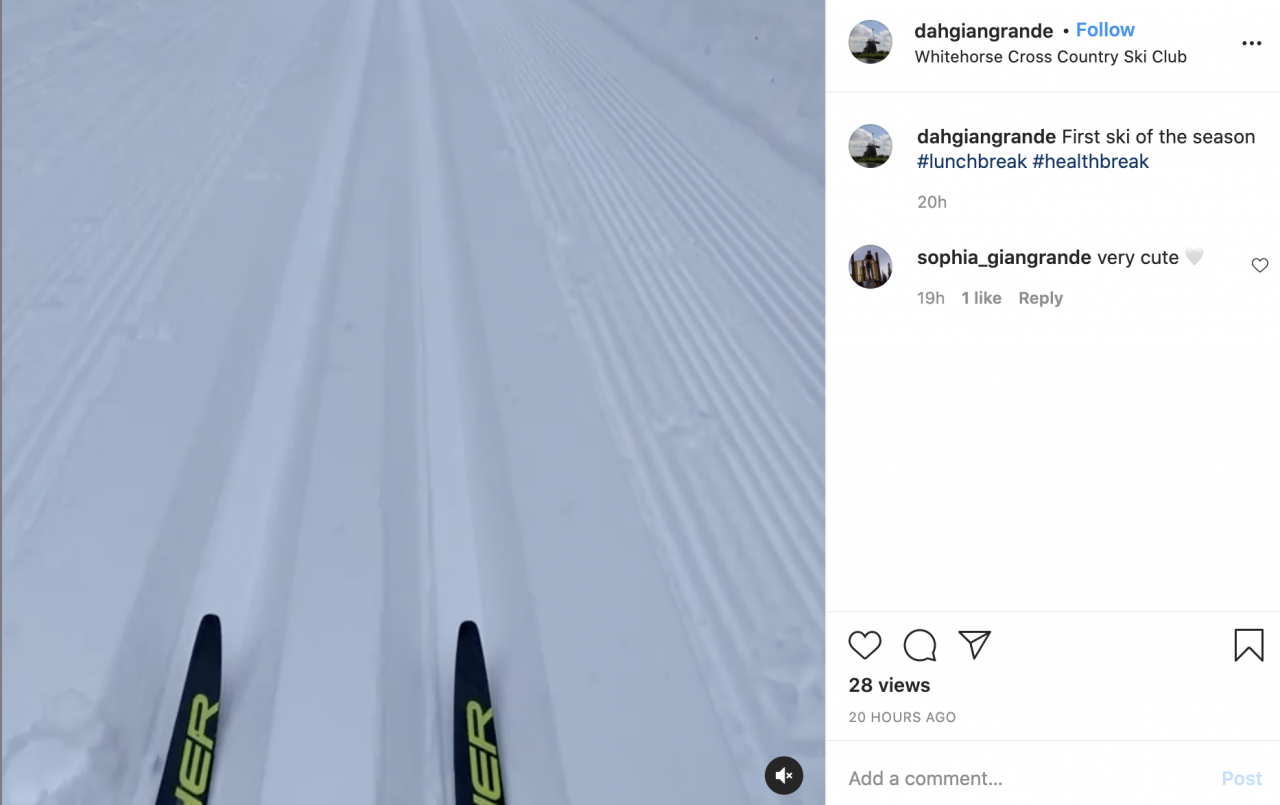 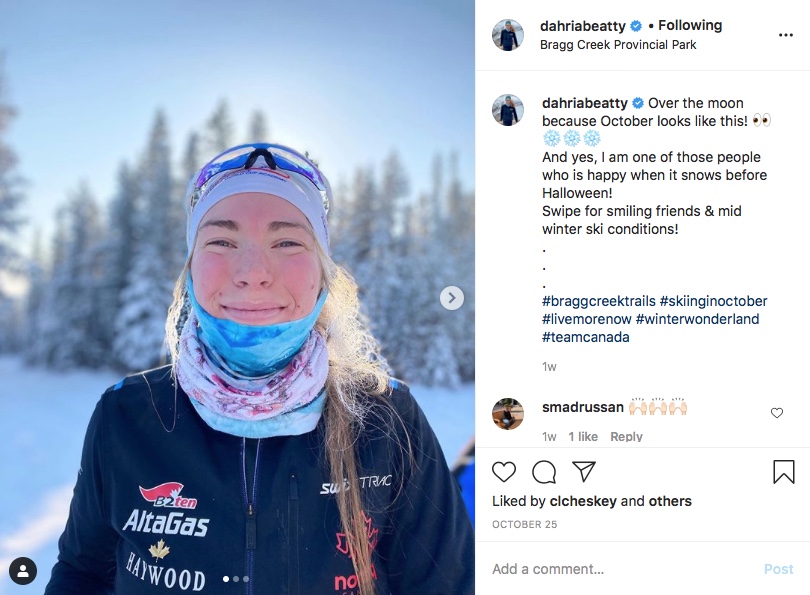 Near Kikkan’s house/probably Nickel Plate Nordic Centre in late October, though some of it may have since melted. 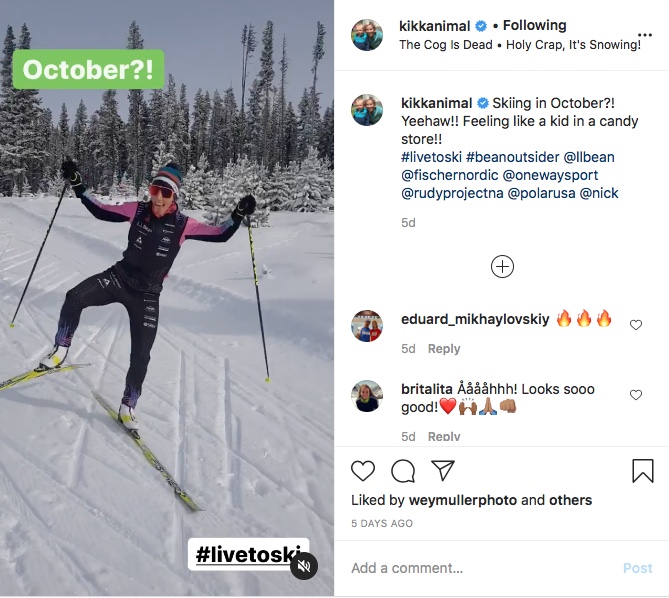 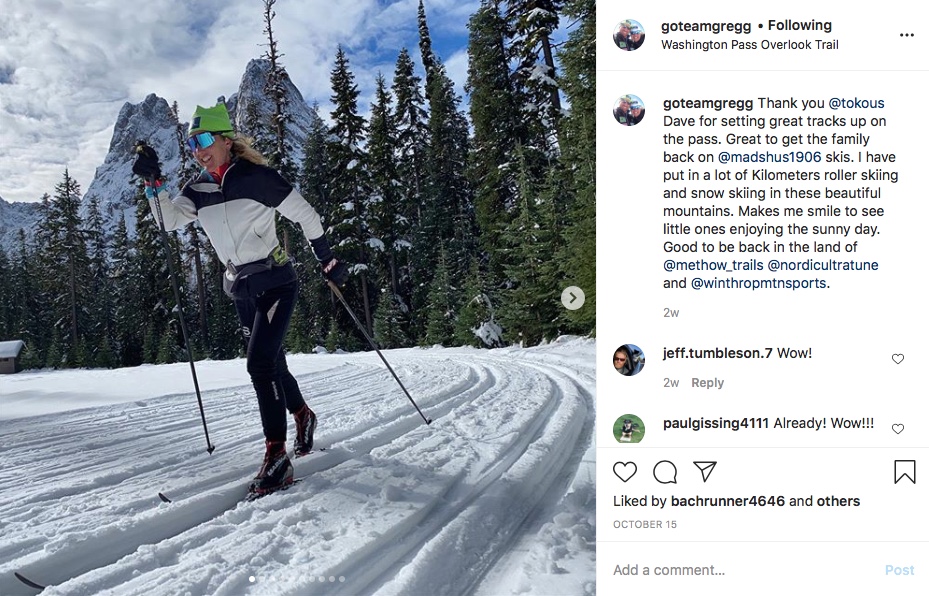 Bozeman: Looks like relatively thin conditions in late October, but more than enough for the BSF Nordic Pro Team to be doing on-snow intensity on October 29: 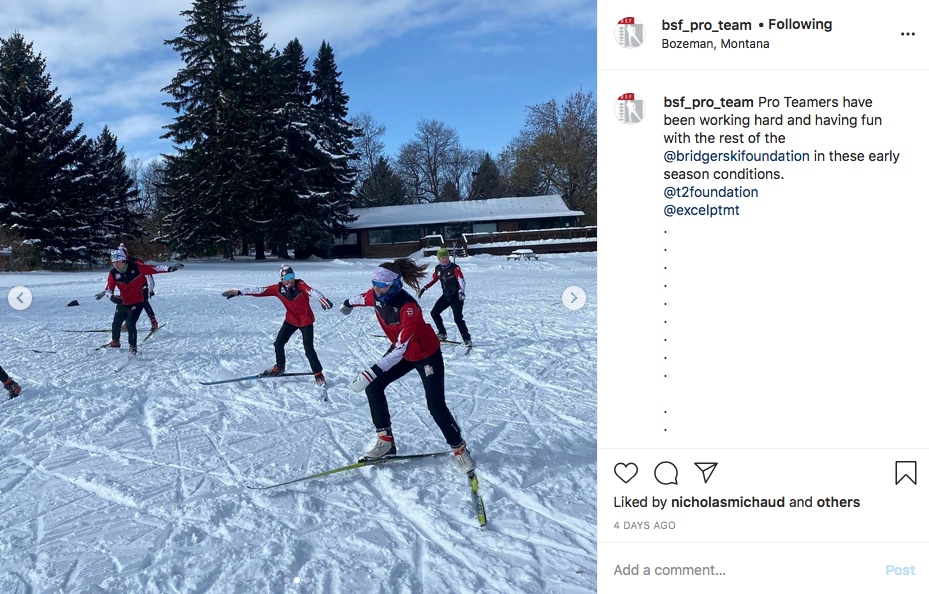 The same late-October storm that brought snow to Bozeman also hit the Land of Enchantment, bringing a hefty 24″ of snow to Enchanted Forest ski area in Red River. (Here’s a more recent photo.)

And even down in Albuquerque, American Birkebeiner power couple Jess Yeaton and David Norris took advantage of late-October snowfall to ski on a golf course near the University of New Mexico, where Yeaton is a student in the physical therapy doctoral program.

Superb early-season skiing at many venues throughout the state, although conditions appear to have warmed recently following late-October snowfall. See the Skinnyski conditions page for full details (which has lots of trail reports from October, none from November). Here’s a sampling: 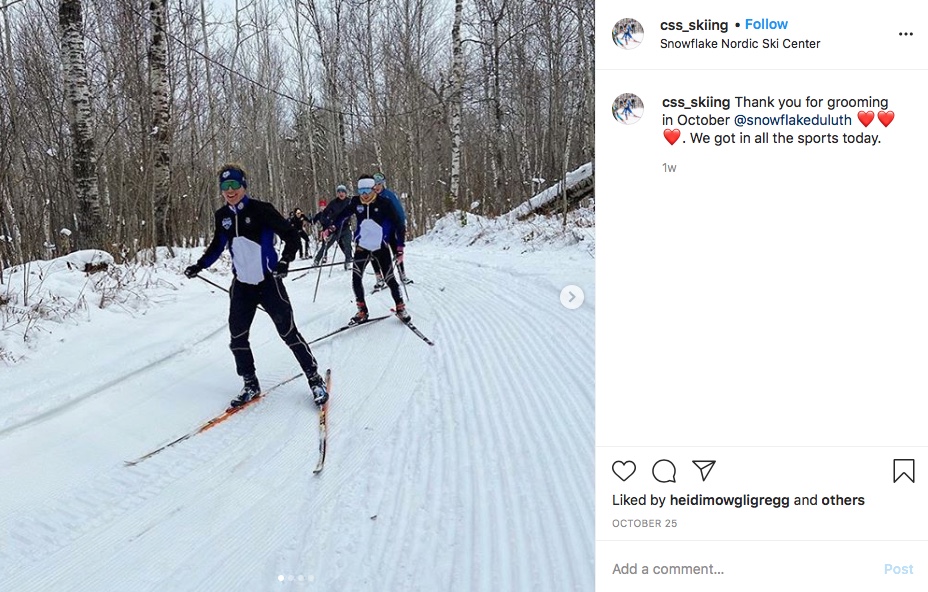 Theodore Wirth (a 300m manmade loop was opened in late October, though it can’t have held up too well once temps in Minneapolis reached the 70s by the middle of this week): 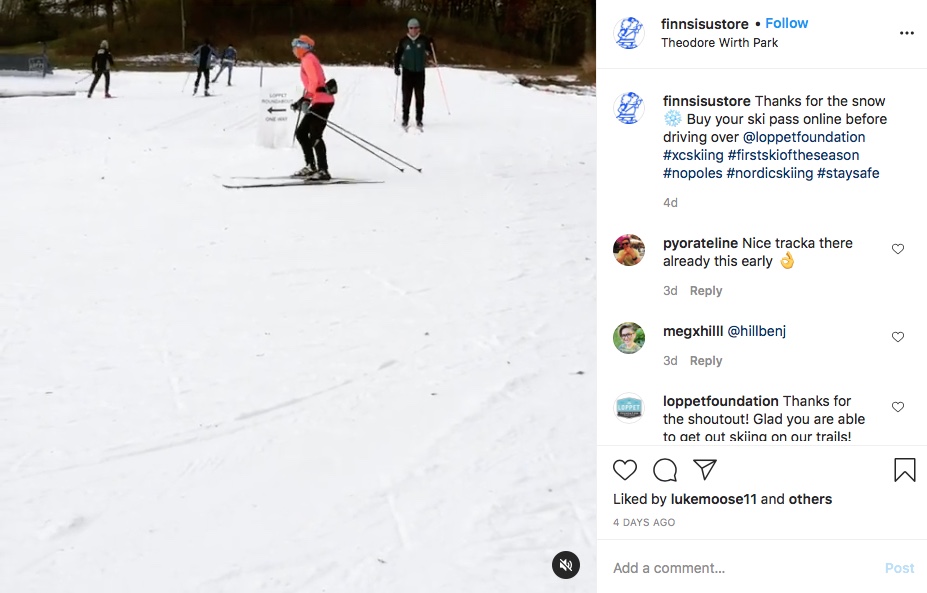 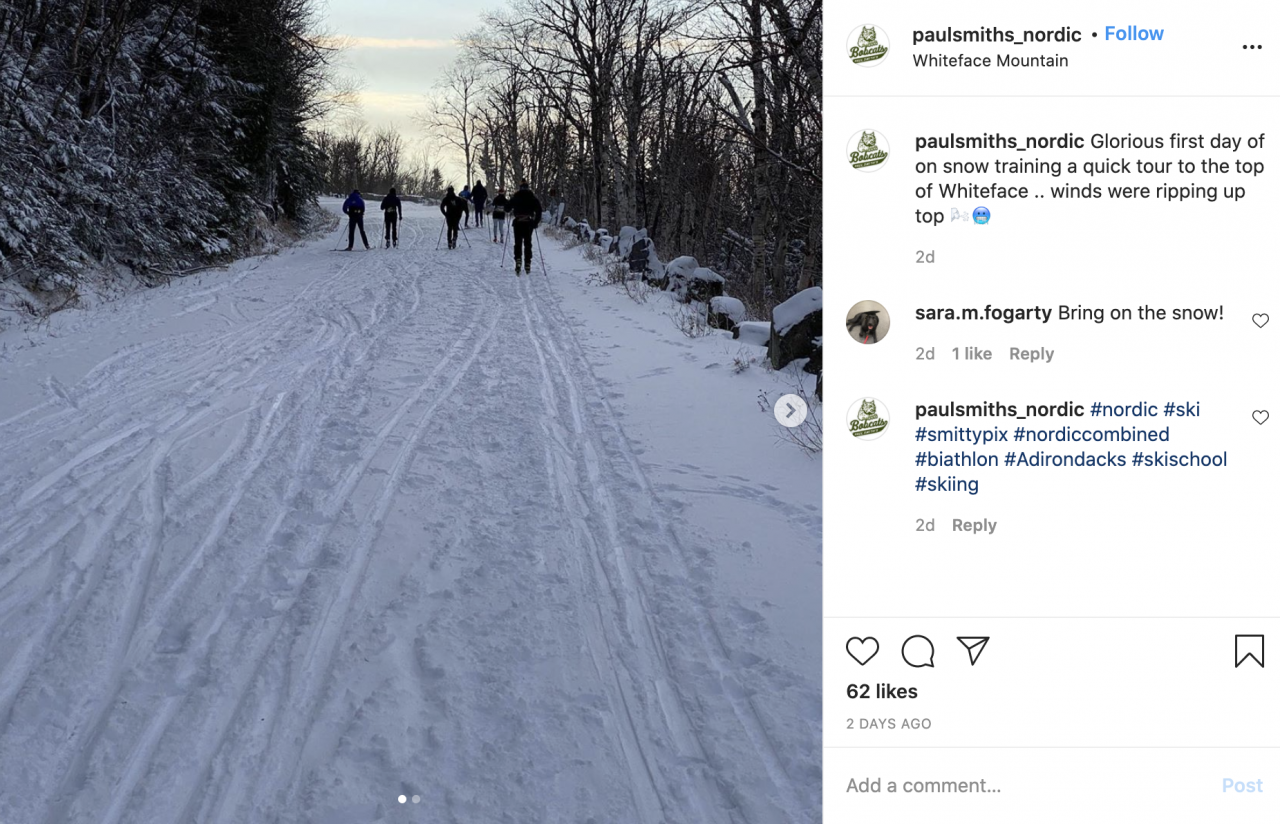 Craftsbury: Snow on Monday and Tuesday, though it’s forecast to be in the 50s on Wednesday and the 60s on Sunday. Formal trail conditions report has not yet been updated. Some skiing has definitely already occurred:

Stratton: Minimal snow earlier this week, but enough for some sweet jibbing:

Reporter’s note: This roundup is obviously compiled based on postings to publicly available social media. If I missed your favorite local ski area, I apologize. Feel free to comment below, preferably with links, and I will update this article accordingly. Thanks.

Yellowstone Festival Moves Forward with an Emphasis on Skiing and Safety