Training for an endurance sport is the first clue.  Training from a schedule that basically dictates the arrangement of one’s life is an additional data point.  And being a Faster Skier reader? Another strong indicator.  If any of that resonates with you, it’s safe to assume that you are a Type-A personality.

There are many positive aspects of being this goal-oriented sort of person. These characteristics lead us to create a plan, make a to-do list and touch the top of the peak. Do the thing! Check the box! Us Type A-ers are brave (or stupid) enough to sign up for big, burly events.

The same qualities that make all this getting-shit-done possible, could perhaps lead a person to be a bit rigid. I have admittedly allowed some severe, maybe borderline-obsessive behaviors to poke their ugly little heads into my training routine. I have a goal and a plan and if the schedule says X, so I’m doing X, rain or shine, hell or high water.

I ski under the black and yellow banner of Fischer Nordic. For more than a second, I have aimed for the start and finish line of the Norwegian Birkebeiner, a race with a history dating back ton13th century, civil war-ridden Norway. The terrain and elevation gain make this race the most demanding of the Worldloppet Nordic races.

So, what happens when that goal line shifts?

Just a couple days before I was set to fly out, this crisply Scandinavian email rolled in:

The 2020 Birken Ski Festival is cancelled. Due to the spread of the Coronavirus, the Norwegian health authority has decreed the cancellation of all public events.

I spent two days sluggishly unpacking my carefully planned bags and not training or really moving much at all. I ate an entire loaf of sourdough, then a grip of bagels while trying to unwind travel plans.

“Hello, you have reached Icelandic Air.  We are not taking calls at this time.”

Despondency found a foothold. I imagined that my painstakingly cultivated fitness and technique gains would evaporate in a matter of hours.  A fear-fueled autopilot took charge of mission control. I would just bullet point my way into feeling in control.

This neurotic mental gear grinding dovetailed with a hot, steaming platter of guilt. I should be ashamed for being so self-concerned about skiing of all things, while the world burned.

While in the throes of a list-making and baked-goods-horking shame spiral, one of my sportier friends inquired how I was doing.  “Just power-eating bread products and having an existential pity party,” I replied.

“Don’t you mean carb loading and tapering?” she countered. She had a point…

On the day the race was scheduled, three friends masked up and loaded into my truck at 4:30 a.m.  Mount Spokane had closed all lodges and alpine operations, but was still grooming Nordic trails.

On the two-hour drive, we talked about how the progressing pandemic touched each of our lives.  Vicki was supposed to be in Canmore, British Columbia to watch the FIS World Cup. Renee, a 6th-grade teacher, grappled with how to encourage students and families from afar.  Jett, a Sandpoint Nordic ski racer, wasn’t stoked about his last moments before starting high school being entirely in front of a screen and feared that the club soccer season would not come to fruition. Meanwhile, I tried to wrap my mind around what all this meant for my family’s manufacturing business, which is a substantial employer in our small town. Everyone was trying to be cool, but the palpable unease rode shotgun as we drove along in the dark.

We pulled into the parking area with just enough light to make out the silhouette of the surrounding ridgelines. Our route was unplanned – we were just hunting kilometers.

To be festive, we added past American and Norwegian Birkie race bibs to our kits, which resulted in many amused and confused looks from our fellow skiers as the day drew on.

Vicki rang the ceremonial cowbell, and off we glided out into the dawn, racing only the sun and rapidly softening snow. We chatted when we felt like it, took unrushed pit stops, and breaked for a leisurely lunch back in the parking lot.  No one slurped gels or drank flat cola mixed with coffee.

Jett, who out-paces the rest of us by a long shot, made a nest in the back of the truck for a mid-ski nap.  The energy around our adventure wasn’t “race energy” – it was more peaceful and maybe kinder.

Hours into the ski, on a relentless climb, I noticed something was missing. The anxious buzzing in my chest, so constant and crackling, was gone. Only the thump of my heart and the tug of my lungs were left in its place.

We skied 55K. And then rang the cowbell some more. What was our time? Who cares.

The continual exertion and the quiet of the mountains flipped an internal switch – a systems reboot that cleared away the mental static.

The calm and catharsis of that ski are still with me. A sense of gratitude for my friends and this pursuit has nestled sweetly in the place where disquiet and disappointment had been so tightly lodged.  Surely, the angst will return, but I know where the restart button is – it’s way up and out there. Further and higher, depending on how dedicated the training regimen has been.

I’ve been off the training schedule for a bit. The snowless seasons slipped by without the usual structure.  Tracking spreadsheets were replaced by hikes and bike rides devoid of distance or elevation targets. Runs went unlogged on Strava.

This year has taught me how to find contentment out of disappointment and peace in the unknown, skills that will certainly be useful in the months to come.  Next year is wholly unmapped. I still bought a 2021 version of my favorite paper planner, but its pages are untouched, without the customary premeditated ambitions etched in ink.  It’s going to be a #2 pencil sort of year.

When people inevitably ask about my upcoming itinerary of objectives, I just sort of shrug and say “no plans, really… maybe talk some friends into getting on skinny skis for the first time.” 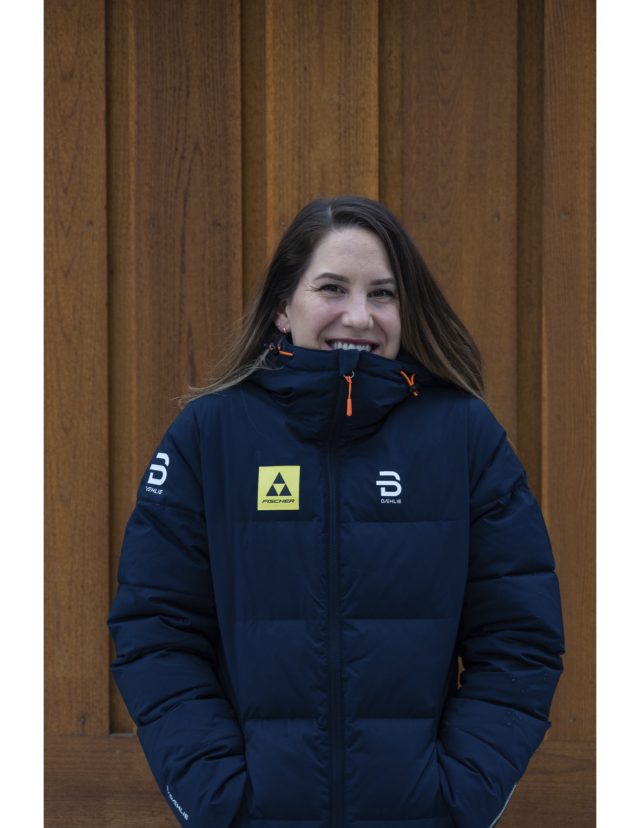 Katie Bradish skis for the Fischer Team 1924 and is a contributing writer for Faster Skier from Sandpoint, Idaho. Bradish is new to the sport, having just two seasons with skinny skis underfoot.

FasterSkier Explains: How to Clean the Fluoros Off Your Skis So You Can Race the Birkie 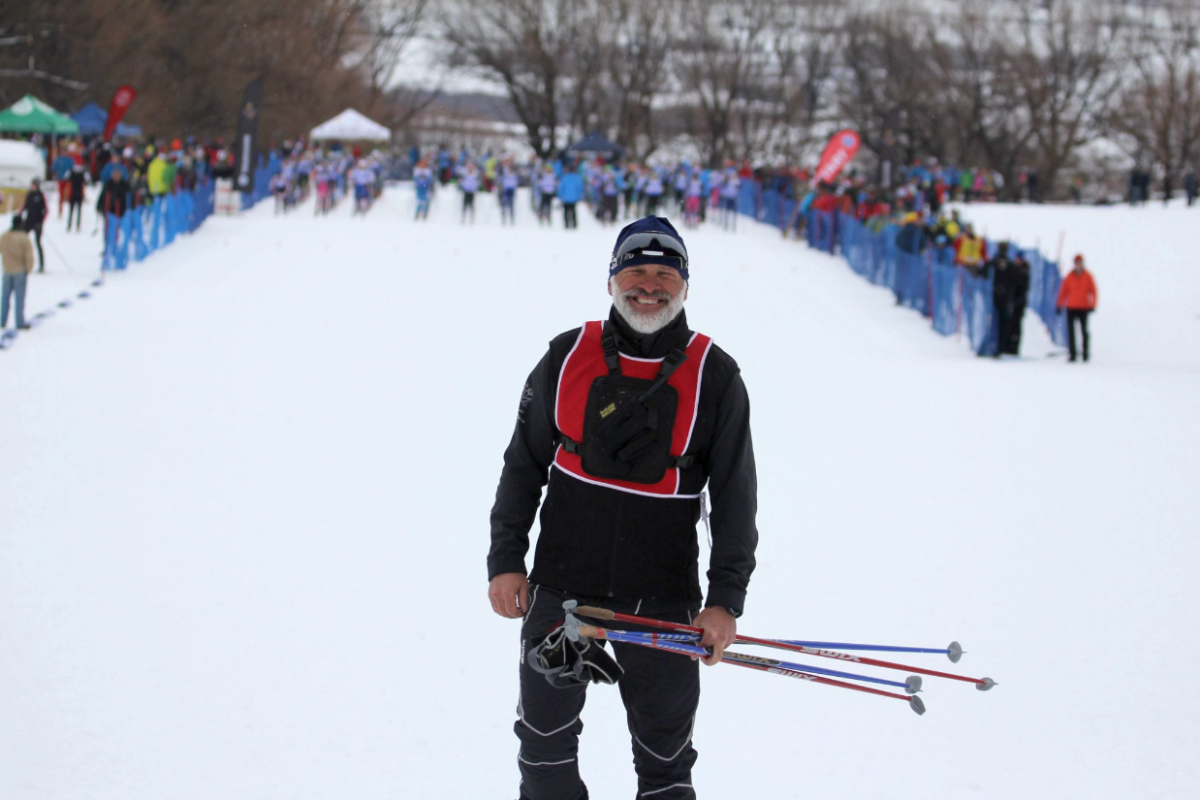 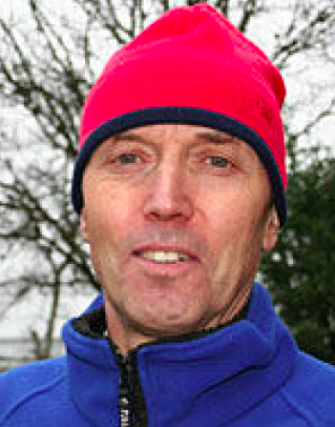