The ASC Training Center on Donner Summit has a long history of promoting winter sport. Founded in 1928, the Auburn Ski Club played a vital role in developing California’s ski culture with initiatives such as lobbying the state legislature to plow Highway 40 during the winter to enable increased tourism. ASC also hosted a 1939 ski jumping exhibition at Treasure Island in San Francisco Bay with snow shipped 160 miles by rail car. More recently, they’ve been a perennial stop on the XC Junior National Championship circuit. ASC’s latest project is a campaign to bring lighting to a competition-grade set of ski trails, thereby extending daily operations until 7:30pm during the winter months. The project is called “A Place To Shine.”

In 2021-22, ASC erected temporary lighting on one kilometer of trails, hosting a night race to raise awareness for the project. ASC was very excited to see over 100 people register in support of the initiative. Construction of a permanent five-kilometer loop commenced in late-August, and light poles will start going up in the stadium area this fall. ASC believes A Place to Shine will fundamentally change the nordic culture within the region, bringing more skiers to snow for training and racing, and raising the level of competitive skiing for generations of nordic skiers. A Place to Shine also serves ASC’s mission to provide snow sport enthusiasts with affordable year-round mountain sport experiences through programs, events, and facilities. ASC strives to be the West’s premier high-altitude training center and to inspire a life-long love of snow sports. 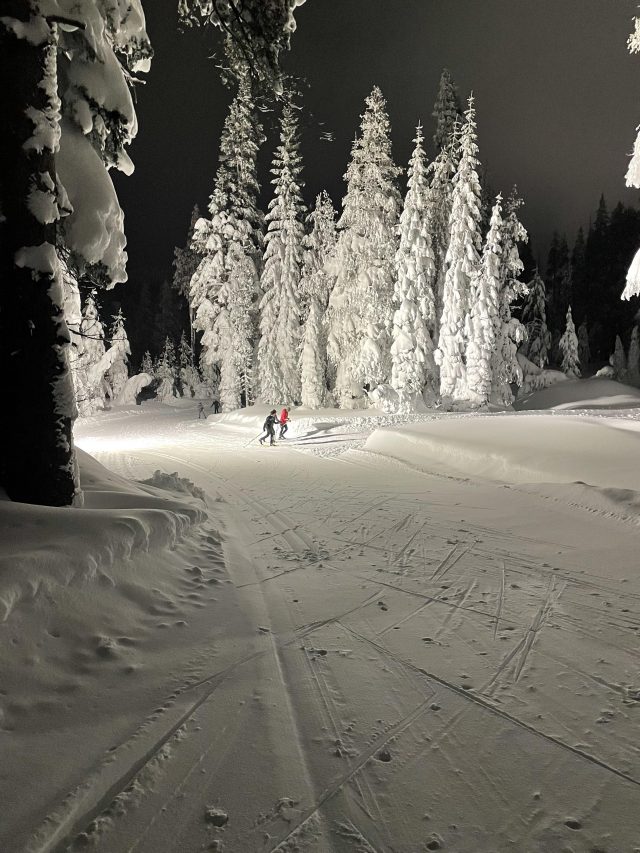 ASC’s Nordic Director Gus Johnson had this to say about the project:

“We’re most excited about expanding the availability of skiing to those who live further afield. We have some major untapped population centers in Reno and Sacramento (and even as far away as San Francisco) we’d like to make inroads with. We’re right next to a major interstate (I-80), and want to make it easy to get to snow!”

Johnson addressed another project consideration—access to snow for working families and school-age children: “It’s hard to get out on snow if you’re working a nine-to-five, and State Bill 328—which mandates later school start times in some communities—is affecting after-school programming among our community.”

For more information or to donate toward the completion of the project visit: www.asctrainingcenter.org/lights