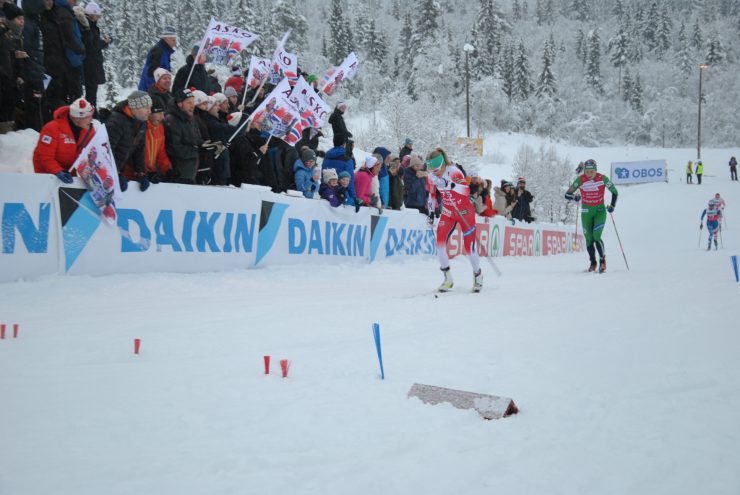 Therese Johaug on her way to winning the 10 k classic in Beitostølen, Norway – part of the national opening races in Norway. (Photo: Aleks Tangen)

FasterSkier reporter Aleks Tangen was in Beitostølen to report. As a new feature we are posting his interviews from the mixed zone in the report below.

With temps hovering around zero degree celsius in a mid-winter looking Beitostølen, Norway day two of the opening national races played out. The women raced a 10 k interval start classic race with a field, as expected loaded with Norwegians. 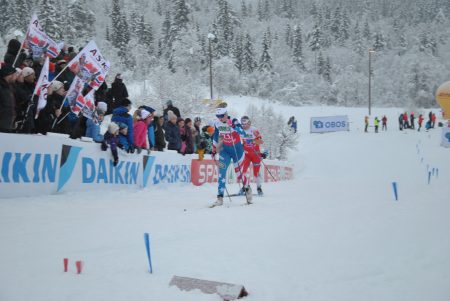 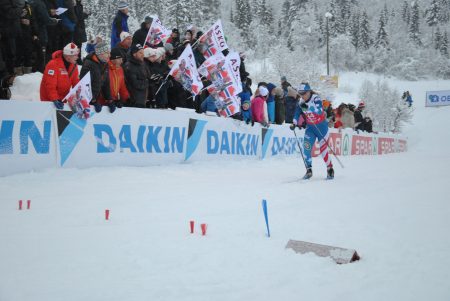