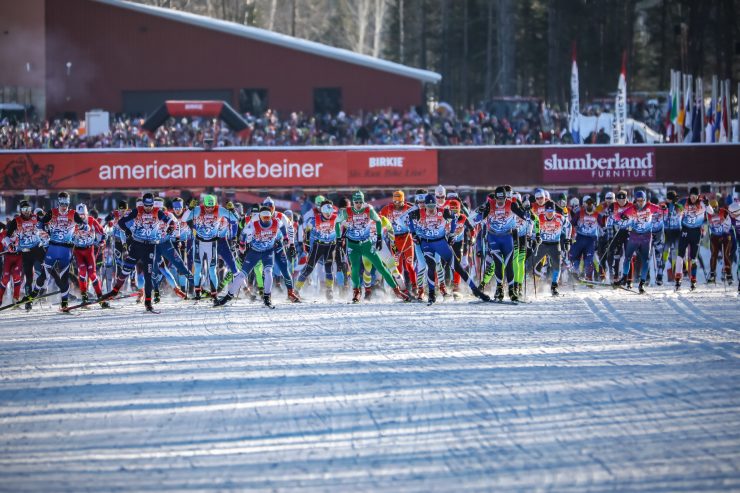 Several course records were shattered on Saturday in a largely faster-than-ever 46th annual American Birkebeiner, with temperatures steadily rising from the 20s at the start into the 30s by the finish of the point to point race from Cable to Hayward, Wisconsin.

Eight men broke the two-hour mark in the Birkie’s 50-kilometer skate race, half of which are American, and an Australian national team member who trains in the U.S. broke the women’s race record by nearly three minutes. 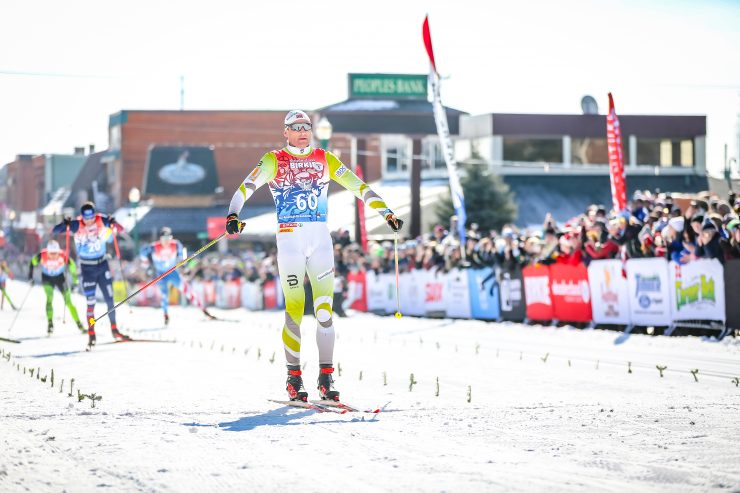 Niklas Dyrhaug, a 32-year-old Norwegian Olympian and former World Cup regular, reached the finish line first on Hayward’s snow-covered Main Street in 1:59:01.7 hours. While he missed the course record of 1:56:58.6 set by Italy’s Fabio Santus in 2010 by just over two minutes, Dyrhaug earned his spot in the Birkie books on Saturday. He held off second-place finisher Ian Torchia, a Minnesota native who trains with the Stratton Mountain School (SMS) T2 Team, by 1.6 seconds and France’s Robin Duvillard, another Olympian and multiple-time World Championships racer, in third by 1.9 seconds.

Wisconsin’s own Adam Martin, who trains with the Craftsbury Green Racing Project, narrowly missed the podium in fourth (+2.7), while Norway’s Anders Gløersen was just behind in fifth (+3.0) and U.S. Ski Team/Alaska Pacific University (APU) member Erik Bjornsen next in sixth (+3.6).

Dyrhaug, who has two World Championship gold medals in the men’s 4 x 10-kilometer relays (in 2015 and 2017), was a Birkie rookie but hardly a surprise winner. In World Cup 50 k classic mass starts in Oslo, Norway, he placed second in 2016 and fifth in 2017. On Wednesday of this week, he placed second in the SuperTour 1.6 k classic-sprint qualifier in Hayward — part of the Birkie Week festivities — finishing 1.07 seconds off the winning time of U.S. Ski Team member Gus Schumacher. 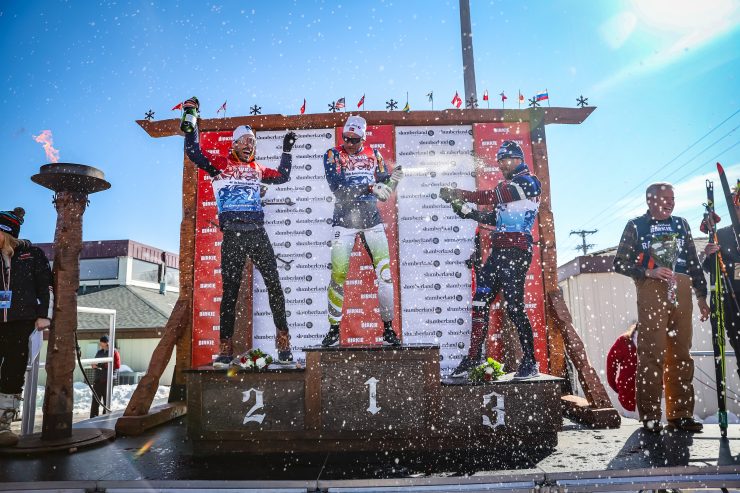 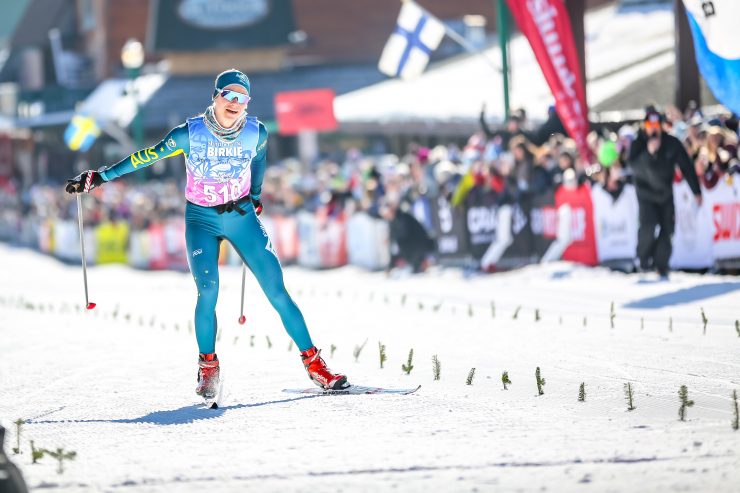 Wisconsin native Nichole Bathe, who trains in Norway and skis for the British national team, became the new women’s 55 k classic champion in a blistering 2:49:47.0. She beat out Jennie Bender’s 2011 Birkie classic record of 2:50:53 and finished more than five minutes ahead of Colorado runner-up Anja Gruber (+5:33.3) on Saturday. Wisconsin’s Delaney Fitzpatrick finished in just over 3 hours for third place, about 11 minutes behind Bathe. 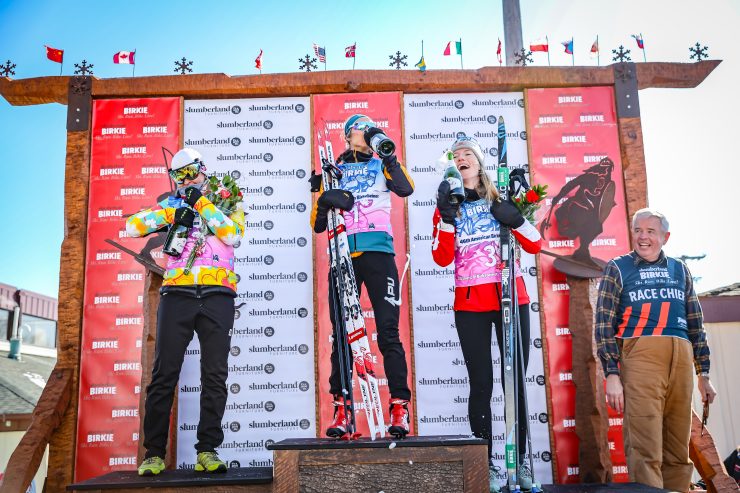