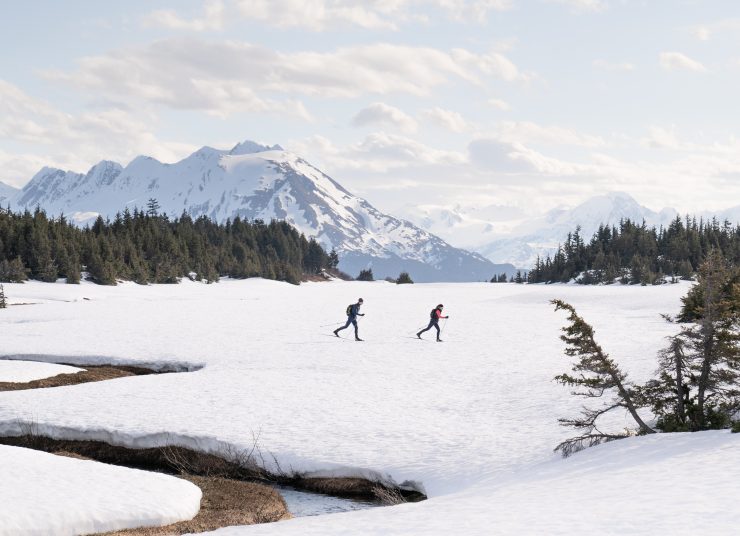 Once the kid who crushed from the secluded Methow Valley, Erik Bjornsen (28) has evolved into an all-arounder on the World Cup for the U.S. Ski Team and man with a plan. The plan is part travel business start-up co-mingled with a take it year by year approach when it comes to his elite level racing status.

America’s World Cup skiers commonly remain in Europe over the holidays and prep for either the Tour de Ski or the ever-lasting don’t stop until spring run of post-holiday racing. Bjornsen began racing this season in Norway’s national opening races in Beitostølen on November 22. He raced the Ruka triple — the World Cup’s opening weekend in Finland — and then a skiathlon and 4 x 7.5 k relay in Lillehammer. He then pulled the plug. Not so much a get me the hell back home plug pulling, but a much needed reset. For the record, Bjornsen had proved he’s top-30 in Ruka: he placed 25th overall in the three day event. 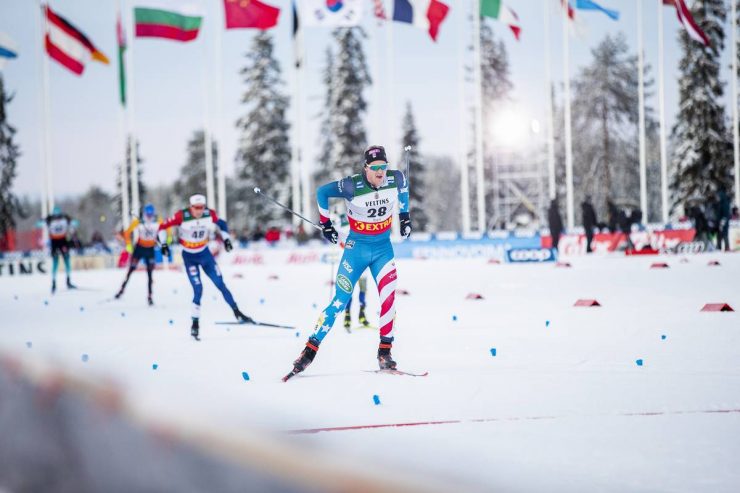 It is not a championship year. It’s still two full winters until the 2022 Olympics. If there were a time mid-season to refocus and reset, this would be it.

“I think people forget that I have spent five years maybe six years in Europe from the start to finish on the World Cup and not come home to the U.S. once,” said Bjornsen during our late December call. “That is nothing compared to Kikkan Randall or Andy Newell, but I definitely feel like it has been a good portion of my life.”

In an all consuming 11-month a year sport, five or six seasons abroad is literally epic. Bjornsen is married now to Marine Dusser, the Head Coach at the University of Alaska Anchorage. Coming home to Anchorage means coming back to a place where he shares a life and can be supported by his APU ski team. Bjornsen has been effectively grinding on the World Cup since December 2012. The World Cup and it’s living-out-of-a-suitcase-life for North American skiers is no fairy-tale.

“When I was young, I had, and still have, high goals — to win World Cups and be on the World Cup podium,” Bjornsen said amidst describing his ski-life journey. “I figured about the time I was like 26, I would probably be wrapping up with my career with a bunch of medals and success. But in reality, I have not really reached the goals that I had set for myself.

“It has been an amazing experience to go to the Olympics twice. I have had some top-10s on the World Cup. I am proud of what I have been able to accomplish. I also feel like I have gotten to know the level over there in Europe, and seeing it for so many years, it’s been quite the learning experience. I still have some goals on the World Cup that I would like to chase. But, this year, I knew I wanted to race less. I wanted to focus more on a few races and put all my effort into races with the most opportunities for success.”

So home for the holidays in December it was for Bjornsen. During our conversation, I asked how he would be training while home in Anchorage — I made the assumption he’d forego the 2020 U.S. Nationals in Houghton, MI. Bjornsen corrected me and explained that Senior Nationals was a prime opportunity to stay race fit and support his wife as she managed the UAA skiers. I noted that he’d be the marked skier for the upstart generation of U.S. male skiers. I could sense Bjornsen nodding at the truth of it.

Here’s his U.S. Nationals snapshot: 8th in the skate sprint, 3rd in the 15 k skate, 1st in the 30 k classic mass start, and eighth, after an untimely fall, in the classic sprint. Followers of the domestic scene know this is a transitional year. The emerging junior skiers have risen and are challenging. This was not a scenario where it’s a year or two out when an eighteen-year-old could challenge Bjornsen. It happened in Houghton. That’s, in fact, a good sign. A sign of the drive of those younger skiers. And it’s a normal sign for a senior athlete like Bjornsen; careers have an arch.

In our post-race coverage at Nationals, Bjornsen seemed genuinely happy for his speedier peers. And it was also a statement of his character that he arrived in Houghton to race rather than eschew a domestic race series. The results prove less about Bjornsen and more about a nexus in U.S. cross-country skiing.

Erik Bjornsen (Bib 2) at the start of the men’s 30 k mass start classic at the 2020 US Senior Nationals in Houghton, MI. (Photo: Reese Brown)

During some research before I emailed Bjornsen about this story, I had a mental lapse — was it a “c” or a “k”: Eric or Erik? I honestly had probably typed his name 1000 times. Google to the rescue.

On my wide and tall desktop screen, the results were clear: “k”. I also noted as I scrolled down, a site titled Bjorn To Adventure. Catchy name. I took the bait.

Bjornsen and Dusser have started a travel company focused on nordic sport. In short, they are organizing training camps for juniors and luxury oriented camps for masters athletes (don’t worry masters, they are separate camps) and a race trip to Iceland’s Fossavatn Marathon.

“My wife has been coaching for several years and the idea was born about a year ago now,” Bjornsen said of the company’s genesis. “Especially when we were in Iceland and we saw a lot of travel companies doing things there. We were actually thinking about all the other interesting places we have been and how it is surprising that people have not really taken advantage of Alaska in terms of cross-country travel. We also have been fortunate to have both grown up in two very cool locations, Marine’s in France and mine in Washington, in the Methow.”

While in Iceland, Dusser and Bjornsen were motivated enough to investigate potential housing and trip itineraries. “I would say it was like, in that month, after our Iceland trip, we were settled on coming up with the company.”

Bjornsen is not the first to mix a business idea with an elite level sporting career. Andy Newell is but one example of a cross-country skier blending an active race and training schedule with running a business. Bjorn to Adventure’s planned trips include the Iceland trip in April, a single camp at the end of June, and then a packed calendar for the end of July and August. 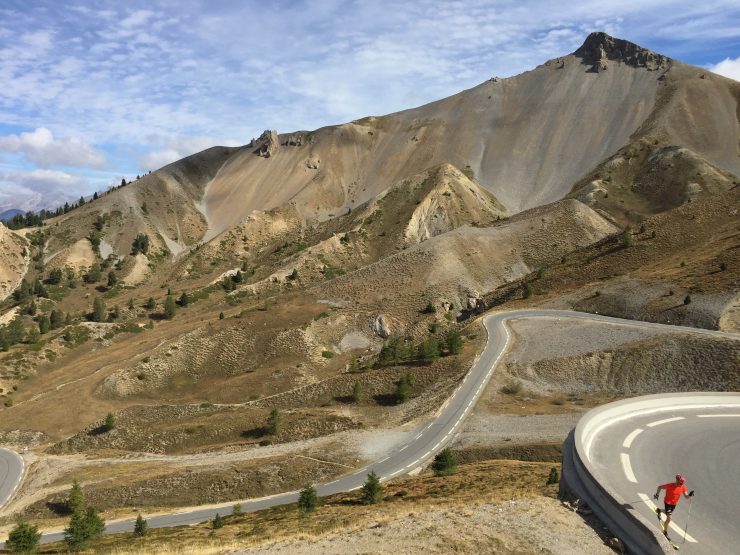 The word retirement did not cross Bjornsen’s lips. This question, however, did come up: how does a World Cup athlete manage training and juggle clients on a full service training trip? The logistics are dizzying. Bjornsen appeared to be unfazed. He’s been the primary author of his training plan for the past three or four years.

“I have learned over the years as a professional athlete, something like 12 years or whatever it has been, I know what it takes for me personally to reach my highest potential,” said Bjornsen.

“And I think for me, being happy and having excitement, and good training as well, those are the most important things for me. With this project, it will give me a good balance for sure. I think it is something my coaches are pretty excited about, seeing me do something outside of training as well as me giving back to a community that has helped support me so much.”

Bjornsen and Dusser own a home in Anchorage they have wisely remodeled: a portion of the house is rented out to tenants. A young couple able to offset mortgage with rental income is prudent. It also speaks to their ability to take on risk and the sometimes solvable problems that arise with those responsibilities.

On the day we spoke, it was a frigid Anchorage day. Bjornsen had been busy dealing with thawing frozen pipes in his home.

“For me, entrepreneur style, kind of like the house that we have here, and fixing those pipes, we have always been working on fun side projects,” said Bjornsen. “We actually have thrown out ideas for other businesses and come up with clever ways to keep our minds busy and be excited about. Bjorn To Adventure just happened to be one that was really exciting and we both would love to do. We have to chase this.” 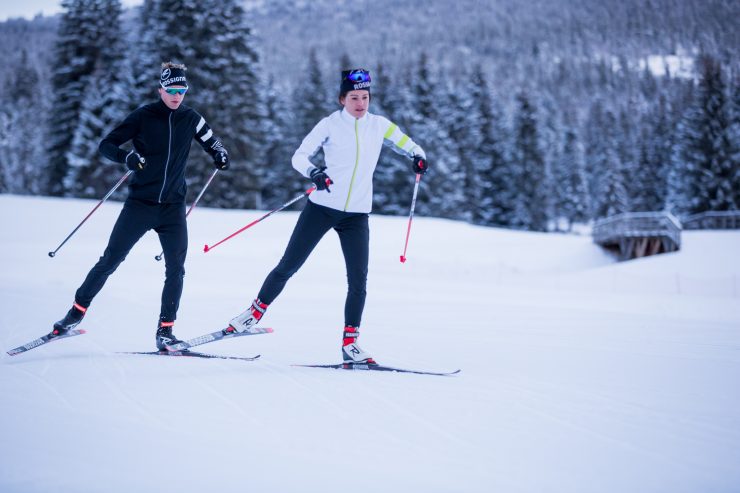