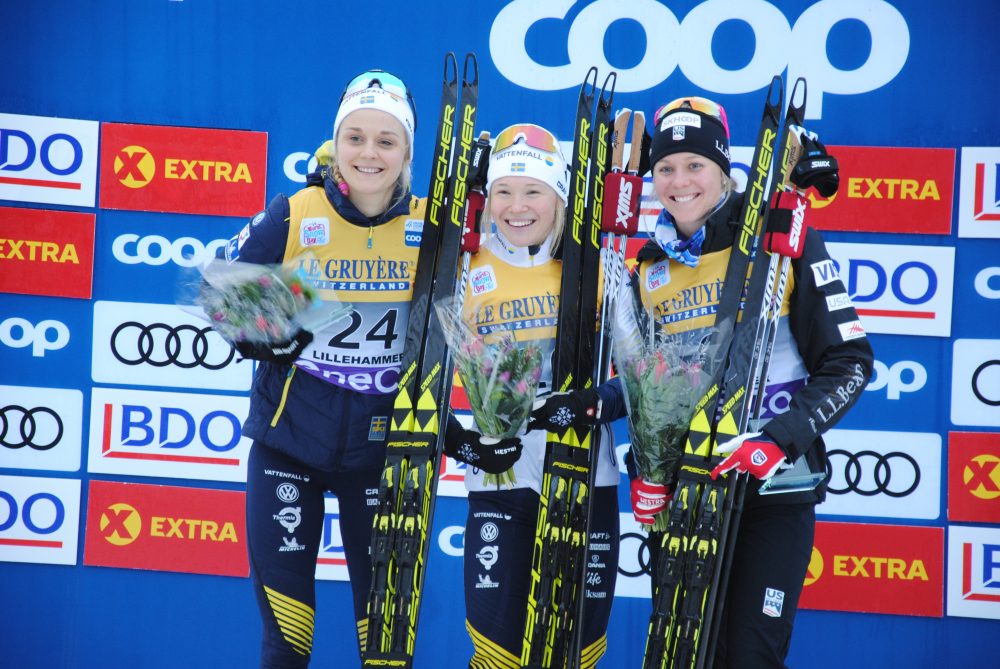 In Friday’s women’s 1.3-kilometer freestyle sprint in Lillehammer, Norway, the first day of three successive days of World Cup racing, the women’s sprint final was stacked with Swedes, with four of six athletes sporting the yellow, blue, and white.

American’s Jessie Diggins and Rosie Brennan were knocked out when they placed fourth and fifth respectively in the second heat. The top-four spots in the second heat were separated by 0.42 seconds. Diggins finished the day in 17th, Brennan in 21st.

USST athlete Sophie Caldwell did not start as she is fighting a cold.

No Canadian women were entered

Norway’s Johannes Høsflot Klæbo won the qualifier in a time of 3:07.63. Klæbo placed sixth in the first semifinal finishing over thirty seconds back after breaking a pole.

Canada’s Alex Harvey and USST skier Simi Hamilton were the only North American men to qualify for the heats. Harvey qualified 17th (+7.59), Hamilton 22nd (+8.72). While Harvey eventually moved onto the final, placing third, Hamilton bowed out in the third heat. Hamilton placed fourth and was unable to advance as a lucky loser. Hamilton finished 19th overall in Friday’s sprint.

Stay tuned for full race reports and you can view our Lillehammer Triple course preview here.