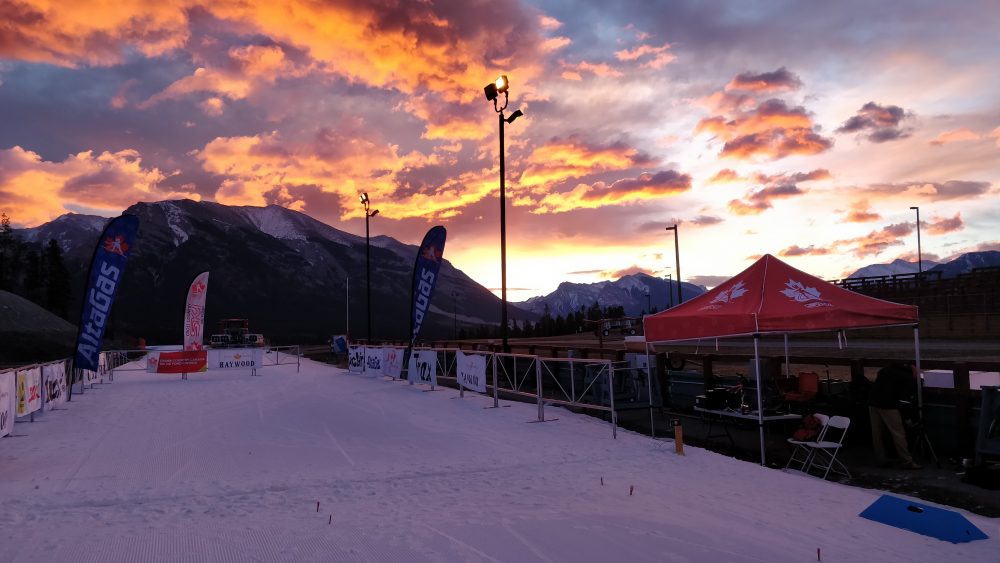 Sunrise in Canmore courtesy of Mother Nature. Today was distance day for the men and women. The women contested a 7.5 k individual start freestyle race, the men huffed and puffed for 10 k. (Photo: Linden Mills-Connery)

Canada’s Emily Nishikawa (AIAWCA/CNST) won the women’s 7.5 k skate race in a time of 21:05.9 minutes. Nishikawa’s pacing was peerless as she skied the fastest splits at every checkpoint. Dahria Beatty (AIAWCA/CNST) placed second, stopping the clock 24.0 seconds slower than Nishikawa for a time of 21:29.9 minutes. Third place went to U.S. skier Catherine Feldman (SVSEF Gold Team) who skied the course in 21:42.2 minutes.

For the men, Canadian Russell Kennedy (Team R.A.D.) ran the tables at all but the first checkpoint on his way to winning the men’s 10k skate in a time of 22:18.9 minutes. Kennedy also posted the fastest qualifying time in yesterday’s classic sprint.