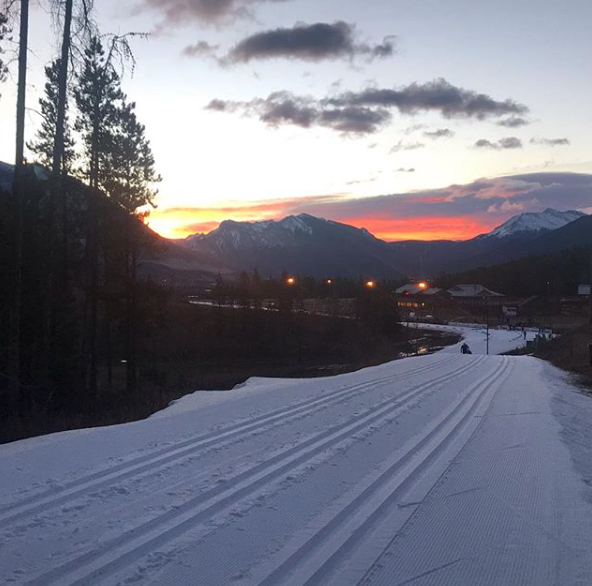 The dawn of a new 2018 Frozen Thunder Classic Sprint Day. Racing began today with the classic sprint. Ivan Babikov was up early and on site at the Canmore Nordic Centre in Canmore, Alberta. (Photo: Ivan Babikov)

Lauren Jortberg was the fastest female qualifier from the U.S., skiing to sixth (+16.85).

Frozen Thunder’s classic sprint is a zero-elimination “King’s Court” format. The race format serves the dual purpose of providing solid head-to-head racing for elite athletes while also allowing developing athletes an opportunity to race heats. In a traditional World Cup format, only the top-30 skiers advance to the heats. (Zone 4 Timing has a spreadsheet of the day’s King’s Court heats.)

Under this format, men and women have the possibility of competing against one another in the heats.

Look for a full race report later today on FasterSkier.