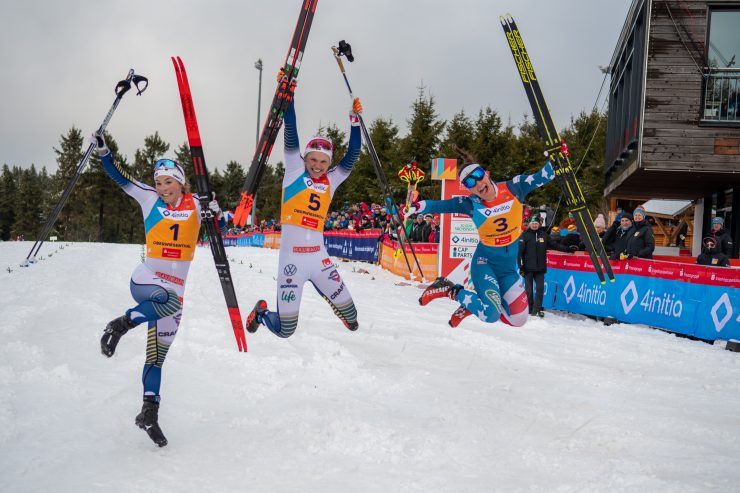 Racing continued amidst a snowstorm in Oberwiesenthal, Germany in today’s U23 1.2-kilometer freestyle sprint event. Coming down lightly at some times and in heavy bursts at others, the precipitation accumulated on the tracks creating some excitement in the form of repeated starts and untimely crashes.

Two Americans qualified on the women’s side, with Julia Kern (USST/SMST2) near the top in third, exactly 1 second behind the top racer, Sweden’s Johanna Hagström. Hailey Swirbul (USST/SMST2) was the next qualifier in 21st (+7.80). 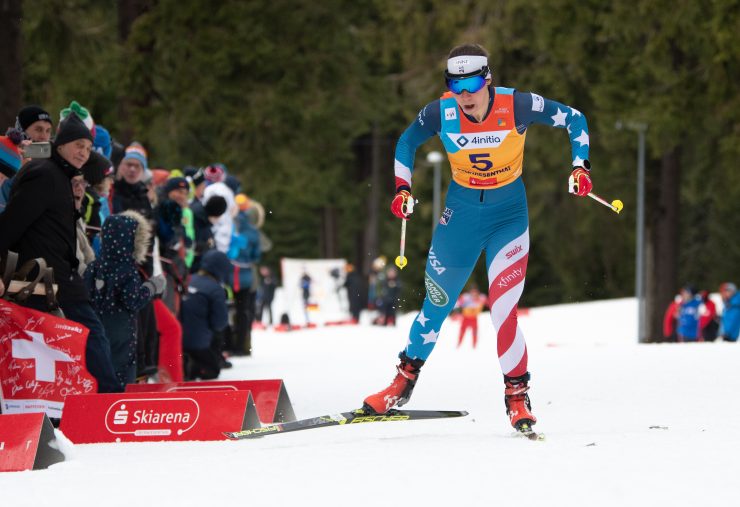 Swirbul raced in the first heat of the quarter-final and finished fifth, ending her day in 22nd, and Leclair finished fourth in the second heat for 20th overall.

Snow began to fall heavily as Kern raced in the final heat of the quarters, obscuring racers from view in the live feed. Kern took the lead in the second half of her round, pushing through the final meters for the win.

Her semi looked markedly similar, and she advanced to the final with ease. 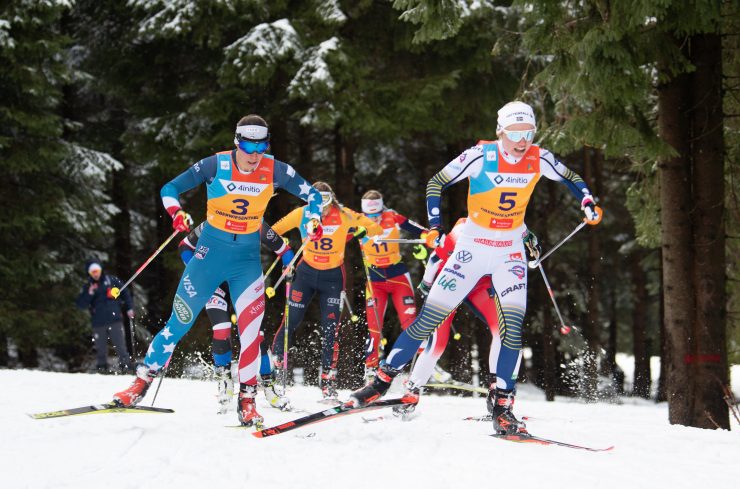 In the final, Emma Ribom and Hagström, both of Sweden, controlled from the outset. At 1:10, Kern was stuck fifth in the line of six skiers. Kern remained boxed out, coming up and over the climb at 2:10. V2ing into the long final straight, Kern found open real estate to her left, where she was able to surge into third place across the line.

Ribom won in 2:36.77, with Hagström in second (+0.54). Kern was 1.14 seconds back in securing third place. Ribom most recently placed ninth overall on the World Cup’s Ski Tour 2020. At twenty-one-years-old, Hagström already has a World Cup podium on her resume: A third place in last season’s skate sprint in Cogne, Italy. 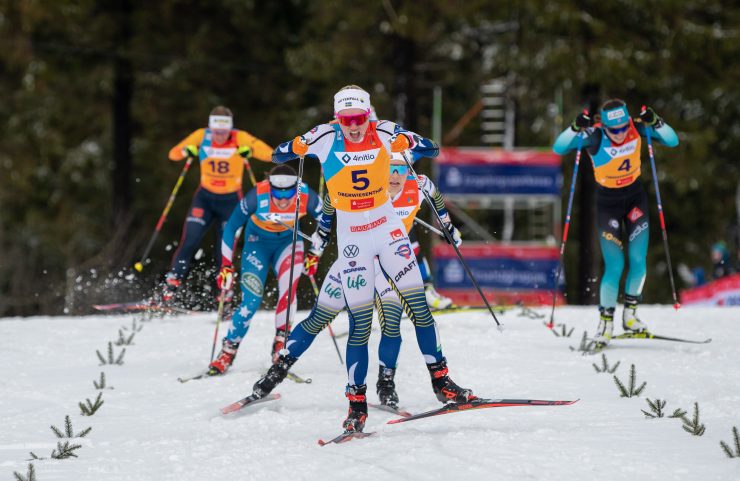 Kern who has become a regular U.S. Ski Team athlete on the World Cup, earned another World Junior/U23 medal. She first earned bronze in 2017 on the junior 4 x 3.3. K relay team. 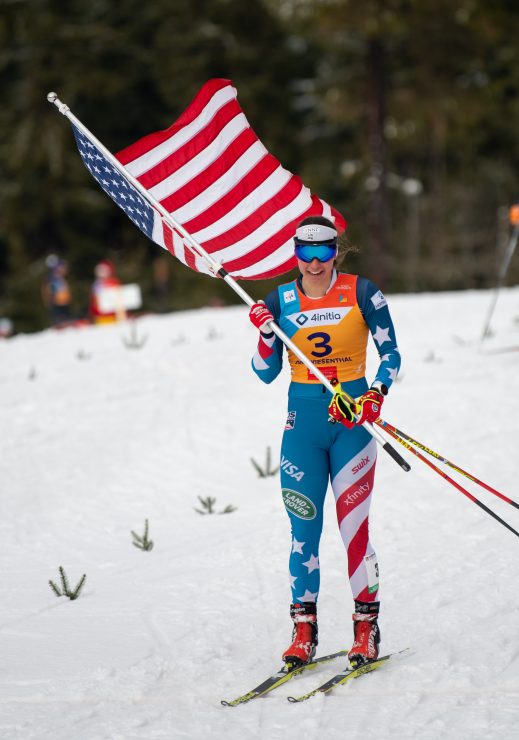