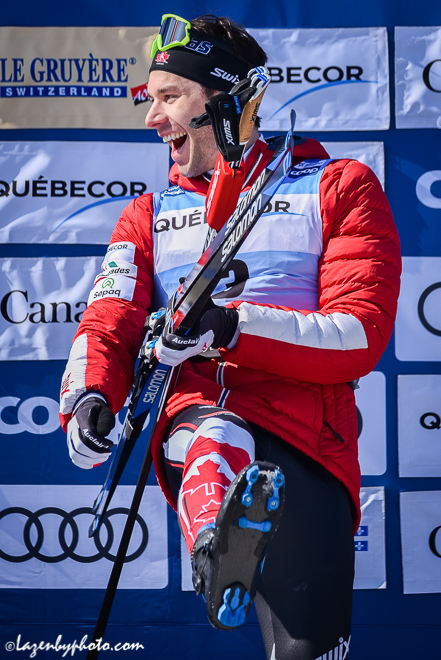 Alex Harvey finished his career racing for Canada with a bang today in Québec City, Canada. Harvey placed second to Norway’s Johannes Høsflot Klæbo in today’s 15-kilometer freestyle pursuit. It was Harvey’s second podium in as many races as he can now claim a perfect ending to his career. Another solid ending went to Klæbo, who with his win today earned the overall World Cup title. Although the point differential lent an air of intrigue to the racing as Klæbo and Alexander Bolshunov of Russia were fighting for the overall title today, Klæbo’s knack for theater and endurance left nothing to doubt. Bolshunov placed third on the day and second in the overall standings.

“It was a cool race out there, Klæbo told FasterSkier after the race. “Bolshunov and Harvey were really strong and I think Bolshunov did most of the job today. On the second lap there, I felt the pace behind was quite high so I decided to let them in and I saw that when they took the head with me I felt like it was much easier to stay behind. This was a really cool race and it’s really cool to have Harvey on the podium again. I am really happy for him and it was important for me that he took Bolshunov as well. I was saying thank you to him after the race. I think he was really happy, he said so.” 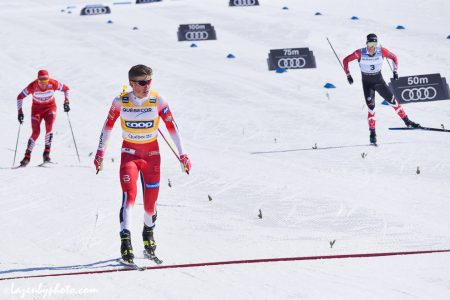 For the Win. Johannes Høsflot Klæbo (NOR) wins the Overall World Cup Title at the World Cup Finals in Quebec City, Canada

Klæbo’s sentiments weren’t guaranteed with Bolshunov as the chaser. Klæbo started the pursuit 52 seconds ahead of Bolshunov and Harvey. Because of this, Klæbo skied the first half of the race alone. But, in a chase lead by Bolshunov, Harvey and Bolshunov continued to make up time on the Norwegian. Just before the 8k mark, Bolshunov and Harvey came into eyesight of Klæbo and by the 8.2 checkpoint, the three skiers were skiing together. They were locked as a trio until near the finish.

Bolshunov lead the second half of the race, with Harvey in second and Klæbo sitting in behind. But during the final climb, Klæbo found a last bit of energy and attacked, pulling ahead of Bolshunov and Harvey. He kept this lead to the finish, ending the race +2.8 seconds ahead of Harvey.

Bolshunov seemed to have second place in the bag when he and Harvey came around the corner into the finishing stretch. Harvey came from behind with an inspiring final push and managed to overtake Bolshunov and grab second place. Today’s podium was the 28th and final podium of Harvey’s World Cup Career as he is set to retire at the end of this season. Bolshunov is ending his 2018/2-19 season with 10 podiums, five of which were wins. 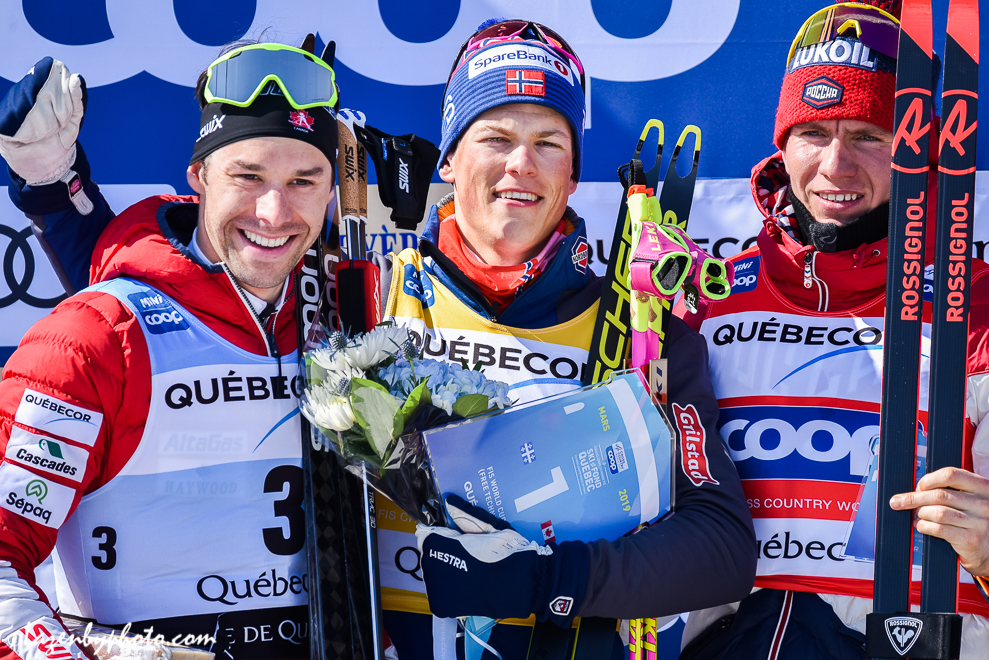 All smiles at the end of the season. From left to right, Alex Harvey (CAN) was 2rd, Johannes Høsflot Klæbo (NOR) was 1st and Alexander Bolshunov (RUS) was 3rd.

“I didn’t feel as strong today and I think that the pace behind was really high, so I decided to just let them get in and go behind and stay behind before the end there and then try to push all into the last uphill and before the finish there, “ Klæbo said of his race strategy. “The tactic worked quite good and it was even better to see Harvey beat the Russian guy, that was amazing.”

Yet Klæbo qualified his statements to note that he harbors no deep-seated resent for the Russians.

“I don’t have any bad things to say about Russia at any time,” Klæbo said. “It’s good to have this type of duels I think. It’s really fun and exciting for the sport that we have this tight duel. I don’t know how many points it was at the end there, but I don’t think it was that much. It’s cool to have this type of competition and today was a lot of points to ahead today. The Canadian guys, it’s just friendly. No enemies at all, so it’s really cool and I think we all are very happy about Harvey and the way he can end his career.” 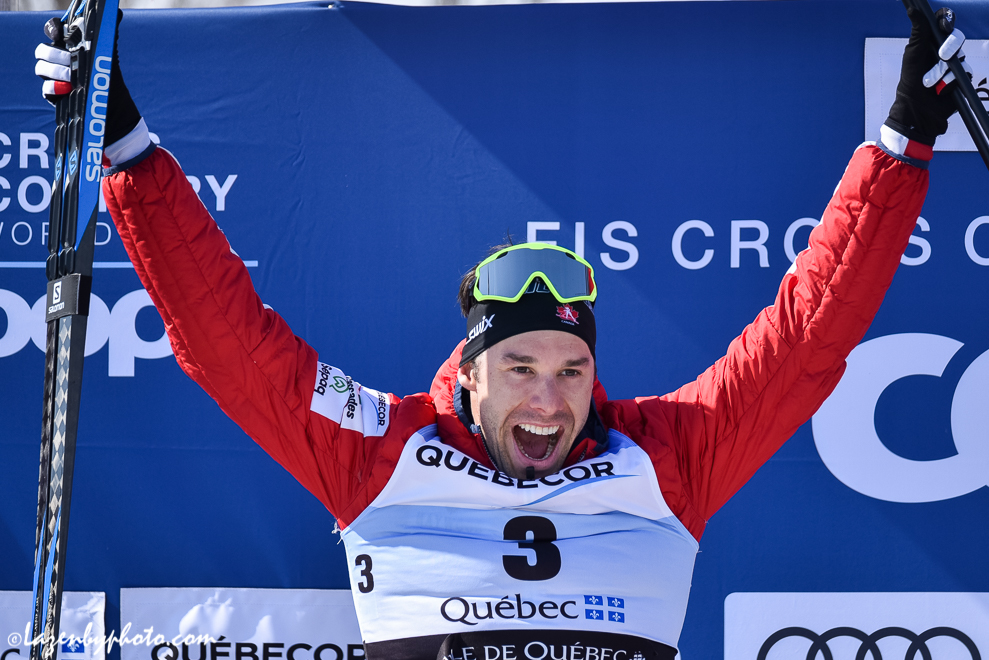 Harvey spoke to FasterSkier about his season and ending his career.

“The last 5 months for me, basically since November, have been a struggle for me this year, so it’s a good way to end it. This is the best way to end a career with two podiums like that at home, so that’s the end.”

The chase pack, consisting of Norwegians and Italians fought hard to gain time of the leaders, but in the end, the leader of the chase pack, Francesco De Fabiani of Italy, finished +1:13.3 behind Klæbo. Norway finished the day with six men in the top ten and Italy with two.

Sjur Røthe was third in the Overall World Cup results. In today’s race, he was 10th, but he has won three World Cups and was second in a fourth race. Six Norwegian athletes finished in the top 10 of the season-long overall standings. De Fabiani and his teammate Federico Pellegrino were seventh and eighth respectively.

U.S. Ski Team member Erik Bjornsen was the next North American to finish, placing 20th. This is Bjornsen’s fifth top-20 this season.

“It’s been kind of an up and down season,” Bjornsen said in the mixed zone. “I’ve usually been pretty consistent in the past and this seasons, there’s been a lot of doubts, I’ve also had some of my best results so I’m looking forward training harder this summer and having a little bit more of a relaxed summer and hopefully getting more consistent results next year.”

“It was good, it was really fun fast skiing, good course, short course, not a ton of climbing, but really rolly,” Hamilton said. “My skis were awesome, you never really know how a pursuit is going to go, just because there is so much that depends on the people you’re skiing with and obviously with the wind today it was just so good to be in someone’s draft, I was really lucky to start in front of the first wave so it was basically guaranteed to skiing with people the whole time and I felt great. It went awesome. It was a good one to end on.”

Kevin Bolger and Scott Patterson skied together during today’s race, they finished 44th and 45th respectively. Also racing for the US were David Norris who was 55th, Logan Hanneman who was 65th and Ben Saxton who was 69th.

The US started a number of athletes who are new to the World Cup circuit. The was the first World Cup weekend for Gus Schumacher who placed 52nd, Ben Ogden who placed 66th, and Peter Holmes who placed 70th.

Schumacher spoke with FasterSkier after his race, “It was really good, I felt strong, and my skis were good. It was nice to just fight and race how I could. Yesterday was a little tough, conditions-wise, and today I just felt like it was kind of just me and my fitness out there.”

The US Super Finals begin on March 28th in Presque Isle, Maine. These are the final races of the season for the U.S Ski Team. 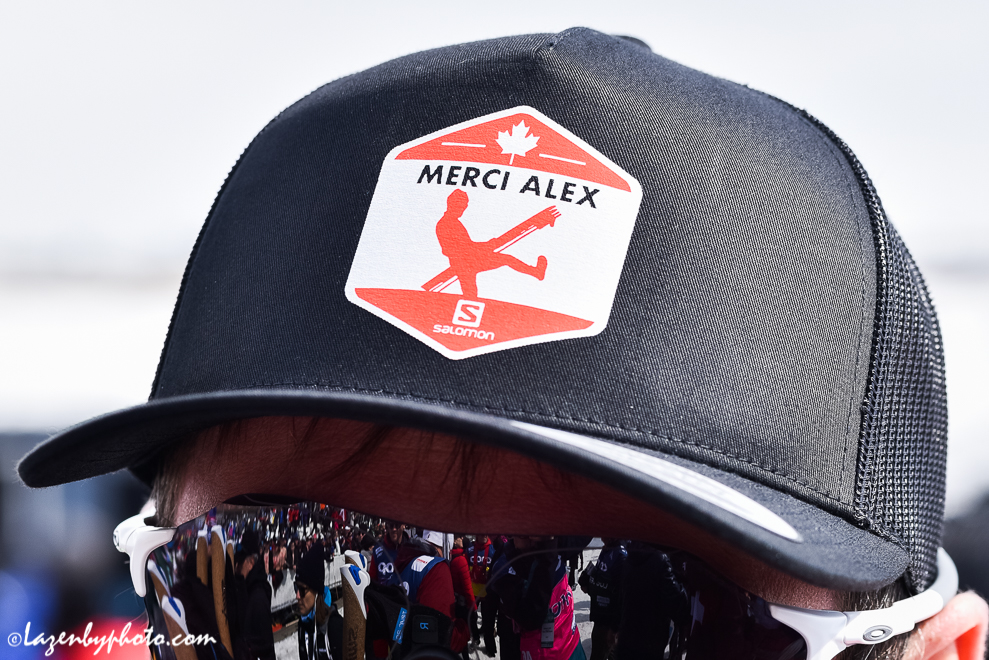 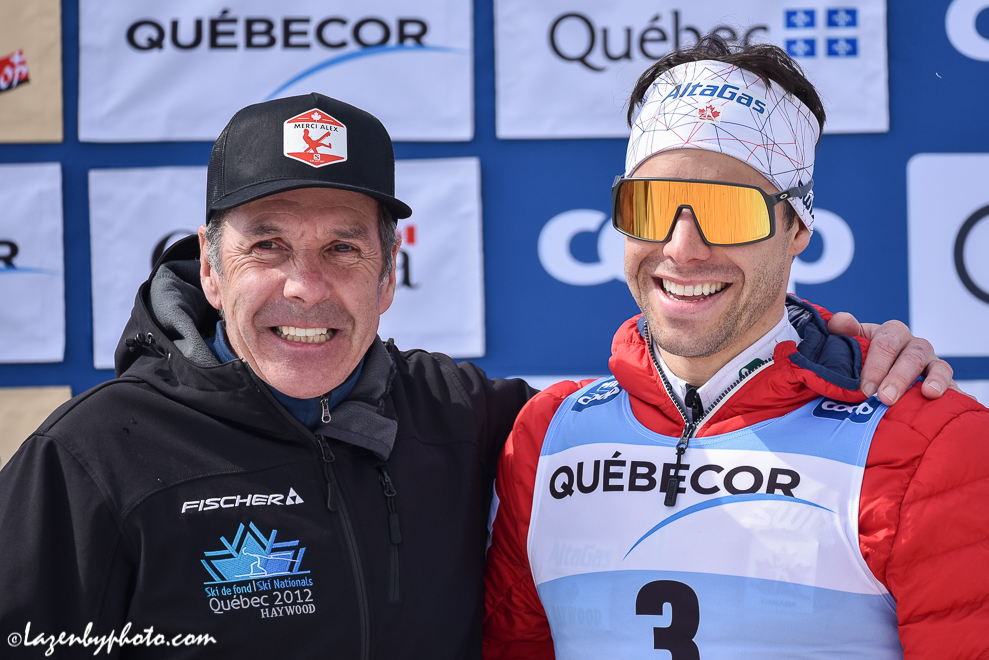 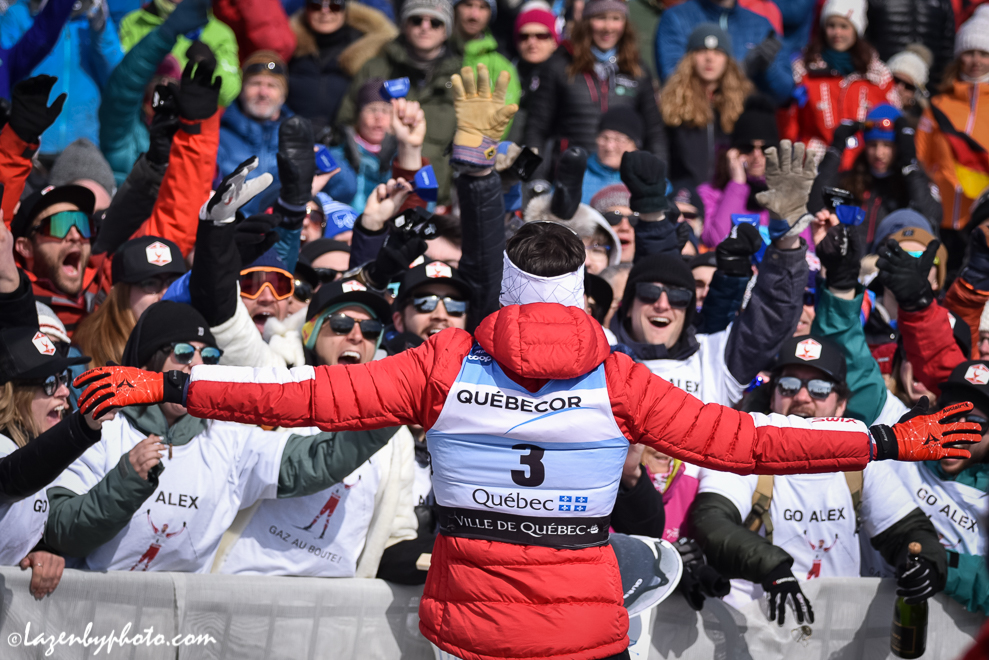 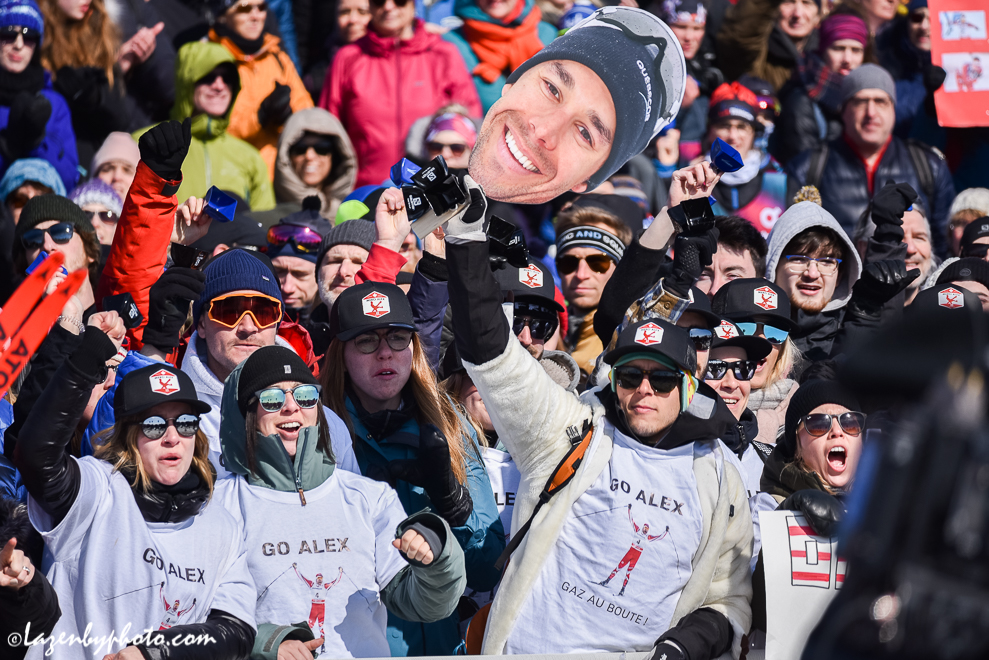