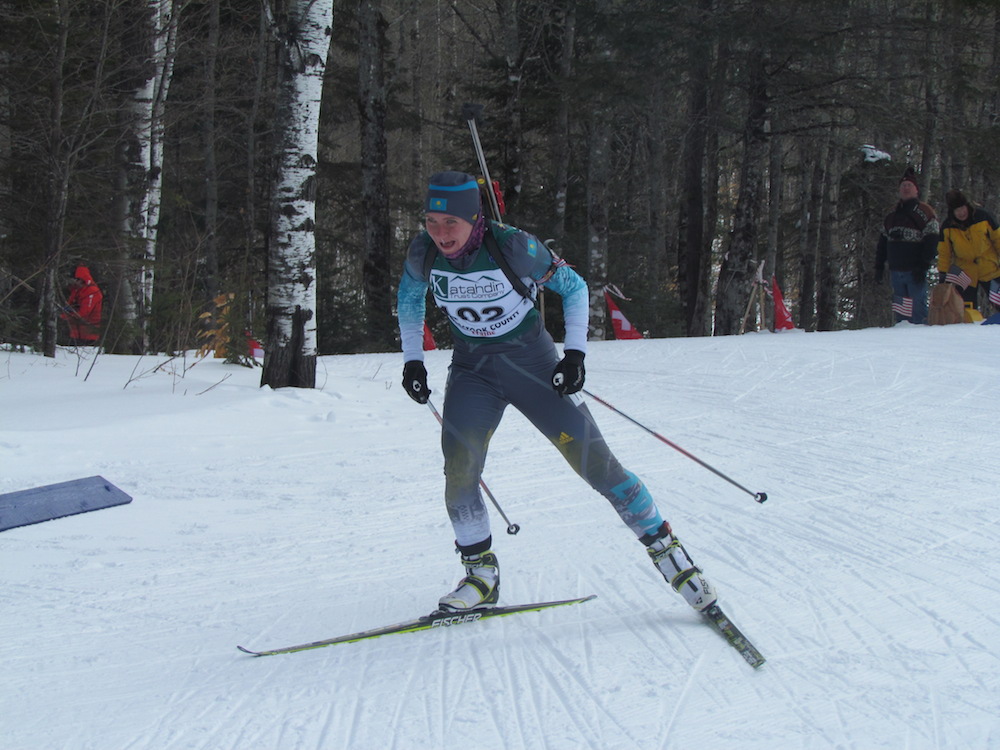 About a week before the upcoming 2018/19 World Cup Season kicks off, the International Biathlon Union (IBU) announced in a press release on Thursday, November 22nd, that it has provisionally suspended a group of nine female and male athletes representing Kazakhstan from all IBU-sanctioned events with immediate effect, due to alleged anti-doping rule violations. The list of names includes a former Junior World Champion as well as Universiade gold medalist and World Cup podium finisher, a number of recent Olympians for Kazakhstan, and notably also the wife of well-known cross-country skier Alexey Poltoranin.

Prior Suspicions Against The Team

The IBU also announced that the sanctions are based on criminal investigations by authorities in Austria and Italy. On February 8th, 2017, the eve of the 2017 IBU World Championships in Hochfilzen, Austria, federal police raided the hotel of the Kazakh national team seizing medical products and medications for further investigation. Blood and urine samples were also taken, but no immediate adverse analytical findings were announced. All athletes on location were allowed to compete in those World Championships. The Kazakh team failed to achieve any individual top results, with an 11th place in the mixed relay their best finish. Although, that 2017 World Championship roster though was comprised of four athletes who have now been suspended.

The Hochfilzen investigation, in turn, had been triggered a month earlier in January 2017, when members or staff of the Kazakh national team travelling in a team van had been observed discarding a carton box with a suspiciously large amount of medical products at a gas station rest stop in eastern Tyrol. The box’s contents included syringes, infusions and handwritten notes that hinted at medical treatments prohibited under sports anti-doping regulations. The box reportedly also contained official accreditations for IBU race events, which allowed authorities to trace them to the Kazakh biathlon team.

Presumably the IBU as well as the respective national police authorities have had a watchful eye on this team ever since, and now acted on their findings.

The athletes that were provisionally suspended as named by the IBU are (in alphabetical order):

Anna Kistanova, 28. She has started in 59 IBU World Cups, and competed for Kazakhstan at the 2015, 2016 and 2017 World Championships, with an eighth place in the women’s relay at the 2016 event in Oslo as her best result. She has not competed in the Olympic Winter Games, and has not started at the World Cup level since the 2016/17 season.

Olga Poltoranina (née Dudchenko), 31. Her father is a national team coach. According to IBU data, the veteran athlete has represented Kazakhstan at eight World Championships beginning at age 16 (2003, 2004, 2007, 2008, 2011, 2012, 2015, 2017), as well as at four Youth and Junior World Championships. She did not compete on the IBU World Cup between the 2012 and 2016 seasons. Most recently she started for her country at the 2018 Olympic Winter Games in PyeongChang, South Korea, her first, recording a 63rd place in the sprint, 46th place in the individual race and a 14th place in the women’s relay as her so far final race at an IBU event.

In her private life, according to multiple news reports and her Wikipedia page in several languages, she is the wife of Kazakh cross-country skier Alexey Poltoranin, who has competed on the FIS World Cup circuit since 2005.

Galina Vishnevskaya, 24. Arguably the most successful Kazakh athlete now suspended, she was a highly accomplished junior athlete, highlighted by becoming the 2014 IBU Junior World Champion in the pursuit discipline in Presque Isle, USA, and winning three more silver and a bronze medal at the 2014 and 2015 editions. She also achieved bronze and silver medals at the 2012 Winter Youth Olympics in Innsbruck, Austria. She became a two-time gold medalist in sprint and mass start at the 2017 FISU Winter Universiade (often dubbed the Student Olympics) at home in Almaty, Kazakhstan, along with winning two additional silver medals.

Her best results on the senior elite IBU World Cup level were a third place in the single-mixed relay in Östersund, Sweden, to start off the 2017/18 season, and a fourth place in a mass start in Oberhof, Germany, during the 2016/17 season. Most recently she also became a 2018 Summer Biathlon World Championships bronze medalist in sprint and pursuit (albeit in an event not attended by many of the best athletes competing in the winter season).

Maxim Braun, 25. He represented Kazakhstan at the 2015, 2016 and 2017 World Championships, and most recently also at the 2018 Olympic Winter Games. For his best result at the World Cup level he reached the podium together with his partner Vishnevskaya in the single-mixed relay mentioned above.

Anton Pantov, 27. He started for Kazakhstan at the 2012, 2015, 2016 and 2017 World Championships, and at the 2014 Olympic Winter Games in Sochi where he achieved a 27th place in the individual event. In this discipline he also finished fourth at the 2012 Junior World Championships. At the 2017 Winter Universiade, at home in Almaty, he won a silver medal with the mixed relay and a bronze medal in the men’s mass start.

Vassiliy Potkorytov, 24. He represented Kazakhstan at the 2015, 2016 and 2017 World Championships, and at the 2018 Olympic Winter Games. His only top-20 finishes have been in relays and mixed relays.

Yan Savistsky, 31. He reportedly represented his country at a total of ten biathlon World Championships over the course of a decade from 2007 to 2017, as well as at the 2010 Olympic Winter Games in Vancouver, Canada, and 2014 in Sochi. His best championship results were in the Individual discipline, where he twice finished 11th in 2013 in Nove Mesto and in 2016 in Oslo. He also helped his team win a gold medal with the men’s relay at the 2011 Asian Games, together with three athletes not named by txhe IBU in relation to this investigation. On the World Cup he achieved a fifth place in a single-mixed relay in Kontiolahti during the 2016/17 season together with the above-mentioned Vishnevskaya.

The IBU will now hold hearings with the suspended athletes to give them a chance to explain the allegations, and will then decide on further proceedings and potential longer suspensions.